Posted on 4 Aug 2022 by The Manufacturer

ABB is expanding its FlexPicker® Delta robot portfolio with the IRB 365. With five axis and 1.5kg payload, the IRB 365 is both flexible and the fastest in its class for reorientating packaged lightweight products such as cookies, chocolates, peppers, candies, small bottles, and parcels.

Responding to the rise in e-commerce and growing demand for shelf ready packaged goods, the IRB 365 has been developed for applications including food and beverage, pharmaceuticals and consumer goods, where production line speed and adaptability are essential.

“The IRB 365 can pick, reorientate and place 1kg products at 90 picks per minute,” said Roy Fraser, Global Product Manager for ABB Robotics. “Our customers saw that the growth in online shopping was driving the demand for shelf ready packaged goods, so we developed a new Delta robot that would rise to the challenge. By handling more products per minute, the IRB 365 robot increases productivity, while saving time and energy to make production more efficient.” 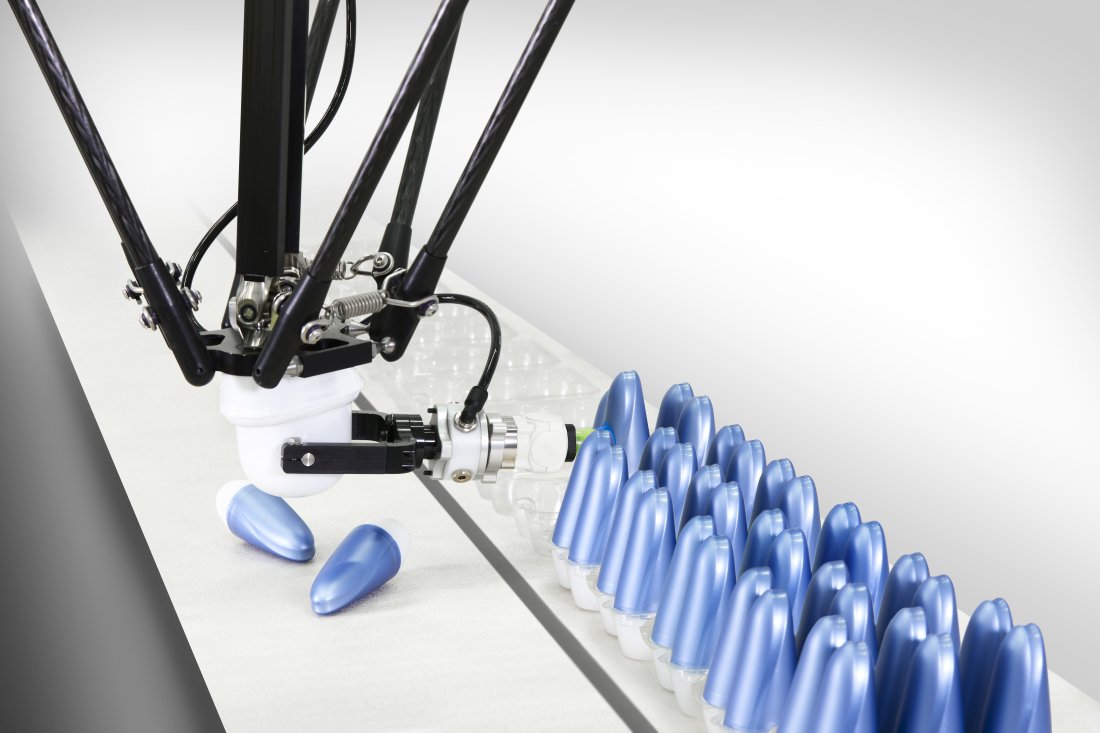 Through ABB’s PickMaster® Twin software, the IRB 365 can be integrated into packaging lines in a matter of hours rather than days, using digital twin technology, which also reduces changeover times from hours to just minutes.

As the latest member of ABB’s portfolio of robots for picking and packing, the IRB 365 can be paired with other robots including the IRB 390 to pick, handle and pack payloads weighing from a few grammes up to 15kg.