A new study has revealed that investment in R&D within the aerospace industry helped to generate £10bn of wider economic benefits to the UK in 2017 alone.

This is the equivalent of £300 per worker outside of the aerospace industry. However, with the UK’s productivity 30% lower than that of the US, there is huge potential to improve on the spillover value already generated.

Spillovers come as a result of technology and knowledge generated in one industry, in this case aerospace, being utilised and delivering wider economic value across other sectors.

Five key sectors account for 90% of the spillover benefits from aerospace R&D investment: automotive (37%), scientific R&D (22%), machinery & equipment (19%), rubber & plastics (9%) and ships, rail, other transport (3%) – with the remaining 10% spread across a range of smaller sectors.

The figures are the headline findings from the latest INSIGHT report from the Aerospace Technology Institute (ATI), an independent think-tank leading the UK’s civil aerospace technology agenda.

The ATI analysed the seven countries with the largest civil aerospace industries: US, UK, Germany, France, Canada, Italy and Spain – which represent around 80% of the global market.

Further analysis from ATI shows that over a 10-year period, every pound spent on R&D in the UK aerospace industry, generates (on average) an additional 70p of GVA as a result of technology spillover into other industries.

Over the same 10-year period, those companies investing in the R&D see a return of 15p every year.

Commenting on the report’s findings Gary Elliott, chief executive of the ATI said: “As the UK works to determine its future relationship with the EU, it is vital that as a leading player in the global aerospace industry, the UK doesn’t fall behind its competitors.

“Providing support and encouraging continued investment in R&D is crucial. As is clear from the research, investment in the aerospace industry goes on to deliver innovation and jobs across a wide range of sectors.”

Over the next 20 years global demand for large passenger aircraft is set to reach 38,000, with a potential value of $6 trillion, offering great opportunities for the UK to be a global leader.

Tackling issues such as climate change is a major challenge for the industry, and with the UK taking the lead with its 2050 net-zero target, investment in R&D in these key areas offers great potential for the wider economy.

The industry is poised to enter a new era of transportation offering urban air mobility and other new services. This will drive innovation particularly in areas such as electrification, autonomy and artificial intelligence.

In order for the UK to become more productive and maximise the benefits of spillover from the industry, the ATI recommends focusing on three key areas:

2) work with other sectors to develop cross-cutting technologies

3) involving organisations such as universities and catapults in technology projects 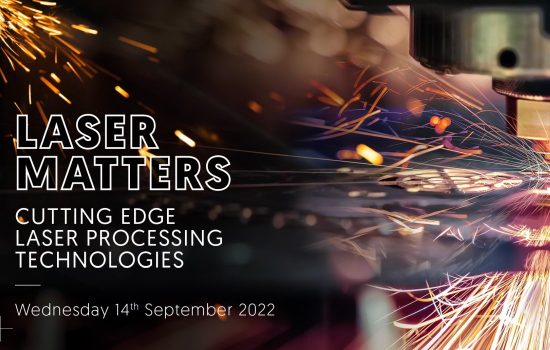