The University of Sheffield's AMRC have collaborated with Airbus on a project to automate the delivery of tooling supplies at Airbus' Broughton factory.

Airbus have said they could develop robots that would be able to autonomously shift entire aircraft wing assemblies at its North Wales factory.

The comments follow the announcement that the aircraft manufacturing giant has successfully trialled autonomous mobile robots at their Broughton site. The company now say the technology could be expanded to ship entire aircraft wing assemblies as the advantages of using autonomous robotic vehicles become evident on the factory floor.

Airbus trialled the technology as part of a collaborative research project involving engineers from the University of Sheffield’s Advanced Manufacturing Research Centre (AMRC). In a statement, Sheffield’s AMRC said the project hoped to automate component handling, as well as to “eliminate non-value-added operations and give significant benefits to Airbus in terms of capacity and rate ramp-up.”

The autonomous robots have a payload of 200kg and top speed of 4km/h. They are designed to move small items such as drilling tools in a storage rack designed and validated for use using augmented reality technologies at the AMRC’s Factory 2050. Factory 2050 is the UK’s first state of the art factory dedicated entirely to conducting collaborative research into reconfigurable digitally assisted assembly, component manufacturing and machining technologies.

The robots are equipped with in-built laser scanners that help robots to navigate their environment without human assistance, along with flashing lamps and beacons to specify current status and intended direction to those in the vicinity. The successful trial has motivated Airbus to consider scaling up the technology to transport entire aircraft wing assemblies.

“We have made a number of enhancements to the standard off-the-shelf technology to make it safe and suitable for our factory environment and are now setting benchmark for its roll-out to other Airbus sites worldwide.”

The University of Sheffield researchers are also working with AMRC to establish a business case for future deployments of AMRs across the Airbus shop floor.

They are doing this by making additional alterations to the AMRs, such as adding cameras to observe the number of tools delivered per shift and industrial laser scanners mounted vertically. These laser scanners can detect overhanging obstacles and enclose the robot in a protective field which will alert operators to any errors; disabling the robots safely if there are any problems.

Dr Lloyd Tinkler, the ARMC Senior Project Engineer says that expanding the use of AMRs at the Broughton factory will save Airbus time and money, and augment productivity:

“Supervised trials of the robots have already taken place and estimated that utilising them could save the whole time equivalent of one operator per shift in the current use case at Airbus, freeing time for the operators to work on highly-skilled tasks, ultimately improving shop floor productivity.”

The Broughton factory is home to to more than 6,000 Airbus employees and has manufactured aircraft since 1939. It has produced aviation classics such as the Vickers Wellington, Avro Lancaster, and De Havilland’s Comet and Mosquito aircraft. 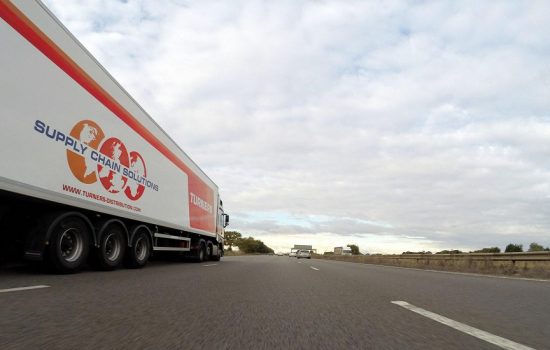 Supply Chain Automation: What is it and how can it benefit me?