AME: to the next step

Posted on 22 Dec 2015 by Victoria Fitzgerald

Just over a year after its grand opening, Victoria Fitzgerald takes a trip to the AME in Coventry to provide an update on the UK’s first “Faculty on the Factory Floor”.

Driving down Beresford Avenue, on a foggy day in October, the Institute for Advanced Manufacturing and Engineering (AME) seemed to emerge from nowhere between the generic three bedroom terrace houses.

I am told that when my former colleague visited the site, little over a year ago, much of it was still under construction, but today the site is a shining, lean example of the perfect union of academia and industry.

The immaculately smart AME building stands adjacent to Unipart’s exhaust and fuel systems production factory, and it is a bustling hub of R&D zeal.

The initiative began, Carl Perrin, director of AME, tells me, as a new approach to developing graduate engineers to address the skills gap.

“What we set out to do was prove a different model, the need was an industry pull, that manufacturing businesses were struggling to hire good people, who were industry ready.”

Known as the “first faculty on the factory floor” the AME is a collaboration between Coventry University and manufacturer, Unipart.

Its aim is to create mutually beneficial relationships between academia and industry, ultimately “futureproofing” manufacturing by providing industry ready employees.

Almost a year to the day it opened in 2014, industry leaders, academics and students gathered to celebrate the achievements of the initiative so far, of which there are many. 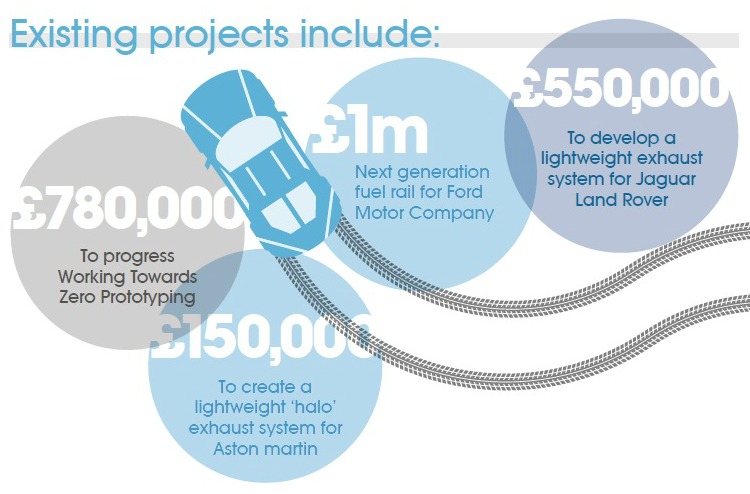 Right now the AME is involved in seven funded R&D projects, has invested £3m in machinery, and delivered 20,000 of ‘live’ manufacturing learning, all within its 1,700 sqm manufacturing and learning space.

The AME boasts a 100% full house of students for its first two years, and it’s these students who provide the greatest testament to whether the initiative is working.

The concept of uniting industry and academia produces several reservations: whether students receive the full university experience; if time spent on the shopfloor neglects study; and if industry is truly benefiting.

During my tour, I caught up with three second year students, all of whom were more than complimentary about the course, compliments which continued even out of earshot of their watchful tutors.

Student Nicholas Hugill explains to me, “I’m in at nine every day, I won’t finish until four or five and I’ve still got work to do when I get home, it’s just like having a full-time degree.

“Everyone thinks that being a student is really easy, you get out of bed at 11 o’clock, but it doesn’t feel like that on this course.”

We need to credit the students’ desire to attend university as more than an opportunity to doss around for four years, it seems the AME students are part of a new breed of committed and ambitious young people who are eager to create a difference in the world.

Hugill tells me that although being thrust into the unforgiving world of work, it has propelled him forward beyond how any regular degree might have equipped him.

“Presenting my ideas to Unipart and receiving industry-relevant feedback from the team. That was within the first six weeks of my project, which was nerve-racking, but it was great, I had only done 12 weeks of my degree.

“If I had used the normal route, I wouldn’t have got that until four years later or on a graduate work scheme,” he says.

His peer, Maria Maynard-Bligouras, also in her second year, concurred on the benefits of AME’s methods, saying, “Seeing that what you are doing actually has practical applications is the greatest part of it.

“You know that you are not learning anything for nothing because you can use it practically.”

Certainly the students didn’t think they were missing out on anything, but it is reasonable to highlight that a four-year engineering/manufacturing degree requires a particular amount of theory, so is removing that period taking away from the learning?

I broached the question with John Neill, chairman and group chief executive of Unipart group and he assured me that if anything this approach enhances the learning, rather than take away from it, “If you learn in the morning and do in the afternoon it sticks.

“If you don’t do it, you might have to go and read it four or five times. It’s more motivating to learn because you have to know what do to in order to complete the tasks.”

Ian Wilson, manufacturing course director wholeheartedly agreed with Neill, “The course content has to go through the engineering council, then we have to talk to industry.

“There’s the same rigour of assessment as other degrees. They are missing out on nothing, they are getting more.” 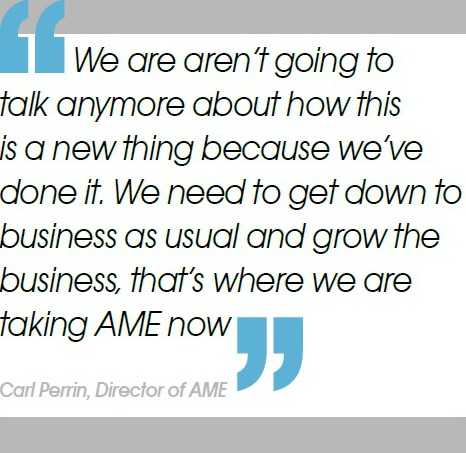 But is the AME achieving successful engagement with business? James Simester, technology director at AME, explains “We are well on the way to meeting our vision of becoming a world class R&D centre, delivering innovative solutions to industry.”

Several supply chain partners are already involved in seven R&D projects and they expect this number to grow.

Aside from the students singing its praises, the past year has had its challenges. Neill, explains it required patience, “Bringing together well-intended people from different backgrounds and getting everyone aligned in theory is easy, but in practice is very difficult and it takes time.

“In the world of manufacturing, the production line is unforgiving, but in the world of academia it’s different, the culture, the way people think and expectations are different.”

Regardless of the challenges Neill is delighted with how the institution has grown, he explains, “Skills was definitely the starting focus, but this quickly accelerated to look at how we could develop a world class R&D centre that focuses on exploring new technologies for existing and new clients in automotive, aerospace, rail and renewables.

“We believe AME offers the opportunity for the UK to improve productivity by translating the knowledge and problem solving capabilities of our people into real competitive advantage.”

A year on, supporters of the initiative came together to toast its achievements, however, Perrin called it an opportunity to “draw a line in the sand”, he elaborates, “We are aren’t going to talk anymore about how this is a new thing because we’ve done it.

“We’ve got two years’ worth of students, and at least a year’s worth of projects that are coming through to market. We need to get down to business as usual and grow the business, that’s where we are taking AME now.”