Argument to adopt digital technology has been won

It has become increasingly clear that manufacturers understand the need to adopt smart, connected digital technology, but doubts persist.

The Annual Manufacturing Report 2018 demonstrates conclusively that the argument for new digital technology has been won, UK manufacturers accept that the future of (successful) manufacturing lies in the adoption of advanced technologies. 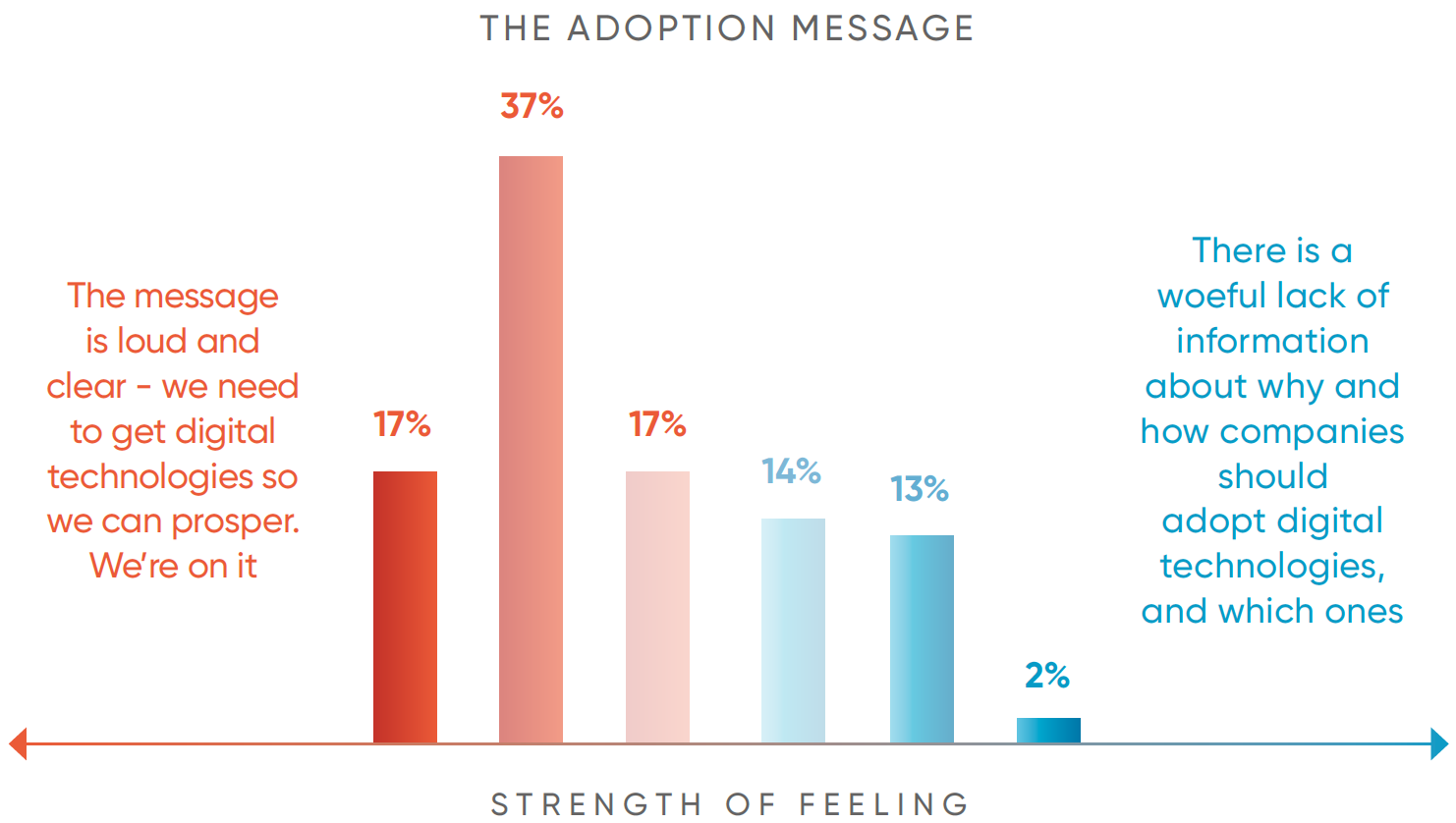 With increasingly loud warnings from industrialists like Juergen Maier that failure to adopt will condemn UK manufacturing to life in a perpetual slow lane, it would not be too far-fetched to suggest that there should be virtually nothing in the right side of any of these graphs where the question relates to adopting digital technology, with all the positivity stacked to the left.

And yet, there is clearly a degree of reserve in the answers.

It was, for instance, quite startling to see that the core message that, “We need to get digital technologies so we can prosper. We’re on it!” had more than twice as many respondents in the second column than in the first.

This is not a totally ringing endorsement. Perhaps it is saying that while the case for adoption is known, there is still a lag in actually pulling the trigger on investing in them.

This relative caution is also evident in the next graph, which also betrays some doubt among manufacturers that the UK will forge ahead of the competition, basically because they believe other countries are quicker on the uptake when it comes to new technologies. 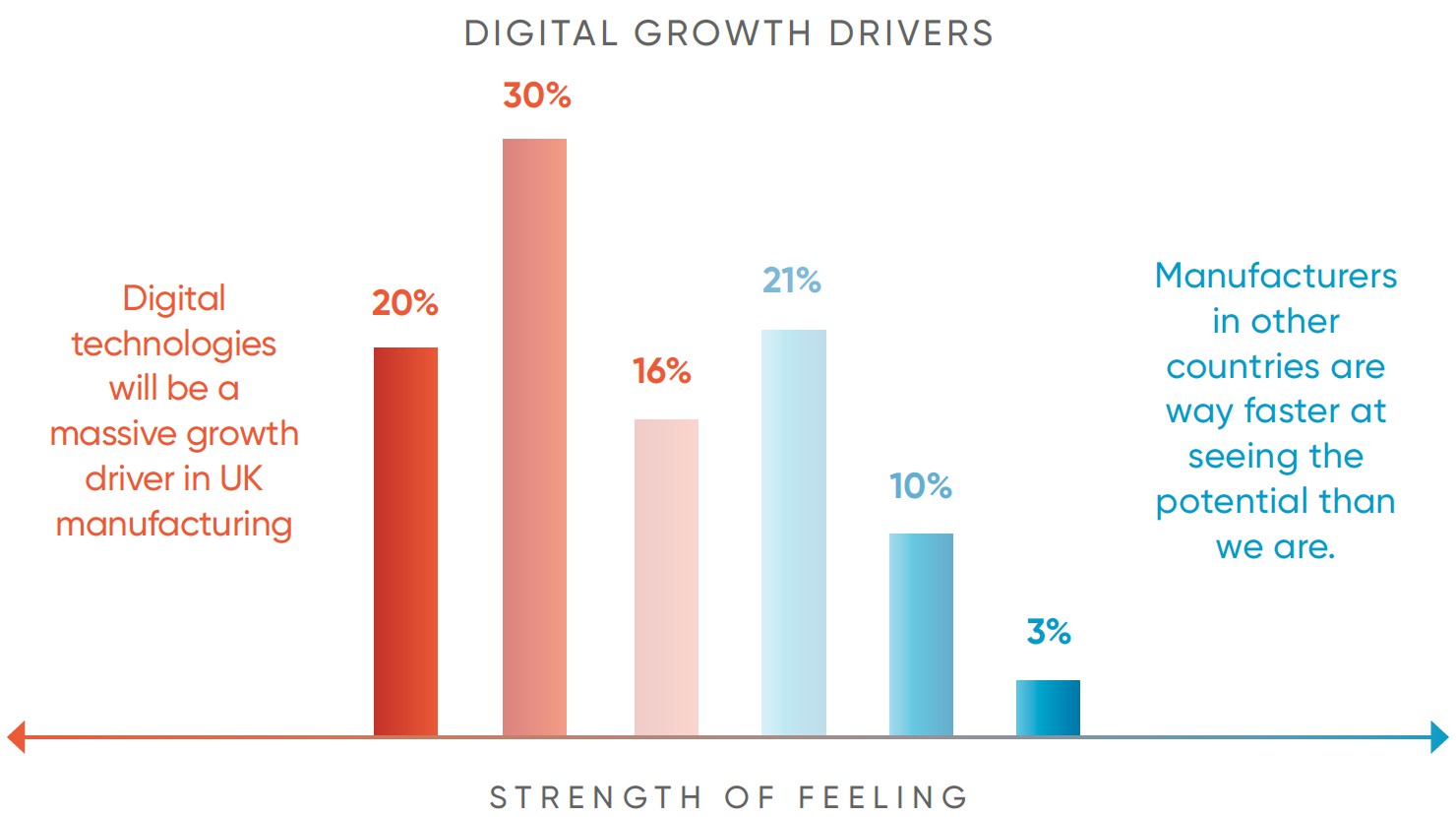 For sure, the balance is still 2-1 in favour of the proposition that digital technologies hold the key to future UK manufacturing success, but exponents of the need for manufacturers to adopt new technologies as a matter of national urgency will be concerned to detect a level of lingering self-doubt among them.

Note that the most positive response to the notion that digital technology will be a massive growth driver in UK manufacturing attracted just close to 20% while the next response, indicating slightly less confidence, attracted more than 30%.

How private 5G enables the future of manufacturing