The pharmaceuticals giant AstraZeneca and the charity Cancer Research have inaugurated a new research centre aimed at speeding the creation of cancer drugs.

The Functional Genomics Centre – to be located at the Milner Therapeutics Institute on Cambridge’s Biomedical Campus – will reportedly focus on genetic screening, cancer modelling and big data processing.

Scientists from AstraZeneca and Cancer Research UK will collaborate together on projects with the objective to “better understand the biology of cancer, creating biological models that may be more reflective of human disease.”

Big data will play a core role at the centre, as the partners hope to advance “computational approaches to better analyse big datasets.”

The latest CRISPR technology will be utilised in the process, with the hope that the centre will improve the technology. Dr Iain Foulkes, Cancer Research’s executive director of Research and Innovation, said the world is moving into “an era of personalised medicine,” and access to the most advanced technology will be critical in developing medicines that treat more intractable cancers:

“We’ve reached a turning point in our ability to harness powerful technologies in the pursuit of targeted cancer therapies. We hope that this will translate into urgently needed new therapies for patients with hard to treat cancers such as lung, pancreatic, oesophageal and brain tumours.”

Functional genomics is a field of molecular biology that seeks to comprehend the functions and interactions of genes and proteins. Part of the science involves fathoming how gene expressions change in various diseases or when following treatments. CRISPR is a gene-editing technology that offers researchers the power to identify a specific DNA sequence, remove it, replace it or add to it.

Big data plays an important role in genome science. A typical human genome contains over 20,000 genes and is 3 billion letters long. Mapping a genome requires a hundred gigabytes of data. Sequencing multiple genomes and tracking gene interactions requires hundreds of petabytes of data in some cases. Big Data analytics is then able to uncover new patterns and correlations through examining these comprehensive data sets.

Big data was essential to the Human Genome Project (HGP), the world’s largest collaborative biological project. The project focused on identifying and mapping all of the genes of the human genome from both a physical and a functional standpoint.

If scientists at AstraZeneca and Cancer Research can work out the functional genomic drivers of disease, they can more accurately select the right drug targets and increase the probability of finding the right medicines with which to treat illnesses.

AstraZeneca is an Anglo-Swedish pharmaceuticals company that is headquartered in Cambridge. It employs 6,500 people at five UK sites and supports around 35,000 other UK jobs. 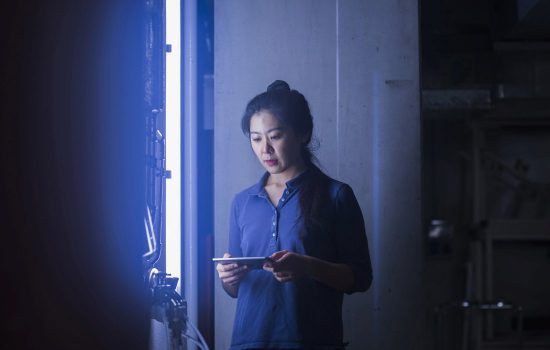