The UK’s investment in automation has been lagging. There are plenty of initiatives to encourage manufacturing businesses to catch up on the competition – or even pass it. Ruari McCallion has been pressing some buttons.

The answer to the question “how many robots are there in the UK” is “not enough”. This country has the world’s sixth-largest economy but we only just creep into the global top 20 when it comes to roboticisation. 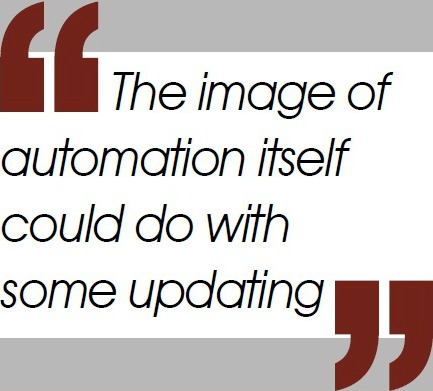 Germany’s economy is 50% larger than ours but it has 10 times as many robots. Its automotive sector is much larger – car companies are famously keen investors in robotics – but Britain has simply failed to invest.

The UK became the world’s most powerful economy by investing in automation, from Jethro Tull’s seed drill, the Spinning Jenny and the assembly lines at the Royal Dockyards, at the dawn of the Industrial Revolution.

But there has always been that lurking distrust, that enduring romantic nostalgia manifested in the Arts and Crafts movement and its various current incarnations. If the last 250 years have taught the world anything, it is that automation creates jobs – the “leverage factor” has been estimated at 2.5-3.5 – and builds wealth; improving productivity is essential to competitiveness.

“If you exclude the automotive sector, growth in automation is around eight to 10%,” said Mike Wilson, general Industry Sales and Marketing manager at ABB Robotics UK and Ireland.

That sluggish growth indicates that even the massively increased (currently £500,000) Annual Investment Allowance has not provided the stimulus that industry needs. The banks have been offering various ways to increase lending, including raising the profile of asset-based finance, but it doesn’t necessarily fit the bill. 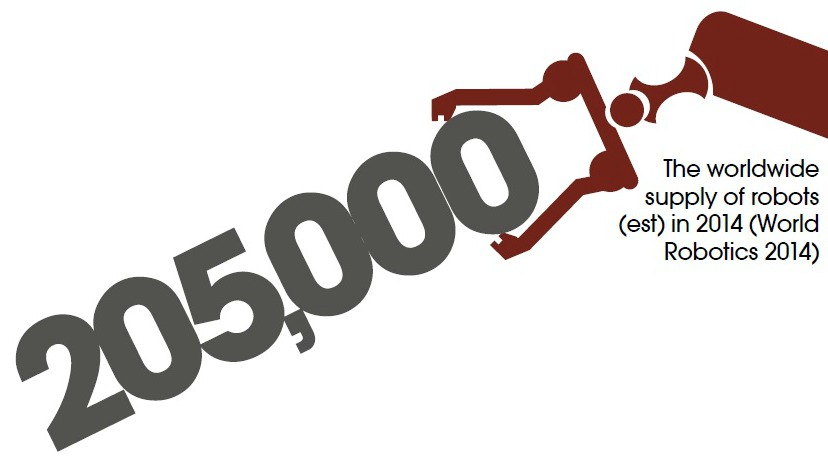 “We don’t see many companies using asset finance for robots,” Wilson said. “That could be because robots can be bespoke, which can compromise their second-hand value.”

Well, robotic systems, yes, but surely robots can be reprogrammed to perform other tasks. A welder on a car assembly line won’t always have to be doing the same job, in the same position, forever. If cost is the insurmountable hurdle, it shouldn’t be.

Neil Lloyd, Head of Sales Development, Lombard, told The Manufacturer that its average asset finance deal for an SME is around £120,000; as many used industrial robots resell for less than £5,000 each, that sum would buy a fleet of them.

Of course, they would have to be installed, integrated and reprogrammed, a point not lost on the Manufacturing Technologies Association (MTA), which observes that the purchase price of second-hand hardware amounts to only half of the total cost.

Large OEMs – like BMW, which has installed 1,000 solar PV-powered robots at its Oxford Mini plant – will tend to get support from their vendors as a matter of routine. It is less the case with SMEs, with their smaller infrastructure.

“We believe that access to certain types of automation could be improved,” said James Selka, CEO of MTA. “Big robot manufacturers are used to working closely with partner integrators; there is the potential for smaller companies to be overlooked.”

That, of course, could indicate that there is potentially a huge opportunity for organisations to offer consultancy services to smaller companies, to help them take the all-important automation step.  The image of automation itself could do with some updating.

“Robotic providers are, increasingly, providing ‘turnkey’ packages,” said Selka. “It lessens the use of the term ‘robot’; the solution is, say, a ‘deburring cell’.”

The word “automation” itself means different things. For some, it is robots; for others, it’s a sophisticated piece of equipment; and for others, it’s about software and IT. And now we have, coming up on the rails, Internet 4.0 – the “smart factory”, where connected machines talk to each other and to the broader supply chain.

British industry’s historic lack of investment could, paradoxically, give it the chance to skip a generation and to leapfrog into technological leadership, by taking more advantage of the internet of things (IoT – connected machines), cloud-based connectivity and other emerging technologies.

But where will the money come from? Banks are banks – they aren’t manufacturing companies or even IT businesses. Will they understand what is going on and the opportunities that are unfolding?

The knowledge base needs to be raised – and that’s an issue being addressed by the Automation Advisory Board (AAB).

“The problem is to create the meeting of minds, between companies that maybe are not so good at making the business case, and banks that don’t understand automation and what it can do,” said ABB’s Wilson.

The AAB’s initiative is aimed at helping the banks’ business development managers (BDMs) to learn more about automation and so to be able to ask their manufacturing clients more informed questions. The BDMs can access the online self-training application at their own pace.

Alternatively, AAB is offering onsite physical meetings, for education and exchange of knowledge. The AAB microsite within The Manufacturer’s website is being extended to include a “Bank section”, where BDMs will be able to access relevant research, articles and reports.

There’s no doubt there is as much a thirst for knowledge as there is a hunger for funds. BARA (British Automation and Robot Association) ran a programme two years ago that provided free consultancy to SMEs.

Around 350 companies took it up and the Government provided £600,000 of funding. It was perceived to be a success, according to Wilson, but it was only skimming the surface.

“If there was a magic bullet we would know what it is and would have done it,” said Wilson. “We see talking to banks and getting the information across to the finance directors as the way forward; it could be the step change.”