In the pursuit of marginal gains, every millisecond in an athlete’s performance can be the difference between success and failure. In skating, the interface between the athlete and the ice is critical. Skate attachments must be rigid to maintain a high degree of control, and to allow the athlete to maximise the forces applied to the ice. In addition they must be light to save energy and to maximize the athlete’s acceleration and speed.

During the first phase of the project, BAE Systems engineers analysed the materials that past attachments were made from and re-manufactured them from titanium – creating a stiffer component that gave the athletes more control on the ice.

The second and latest phase saw the engineers redesign and optimise the attachments, this time manufacturing them from high-grade aerospace aluminium. The mathematical modelling approach taken ensured the optimum design was achieved, with every bit of material being fully utilised. The new approach allowed BAE Systems to reduce the weight of the skates by 40%.

After positive feedback from initial prototype tests of the new attachments, a full set of mounts were produced for the team to use in competitions throughout 2014. The skates have already been used by Team Great Britain at the recent Sochi Winter Olympics and will again be worn when the World Championships take off in Montreal from today until Sunday.

The engineers are currently working with UK Sport, and their science, medicine and technology arm, the English Institute of Sport, as their official research and innovation partner – helping to support British sports and athletes ahead of major competitions including the forthcoming 2016 Olympic Games at Rio. 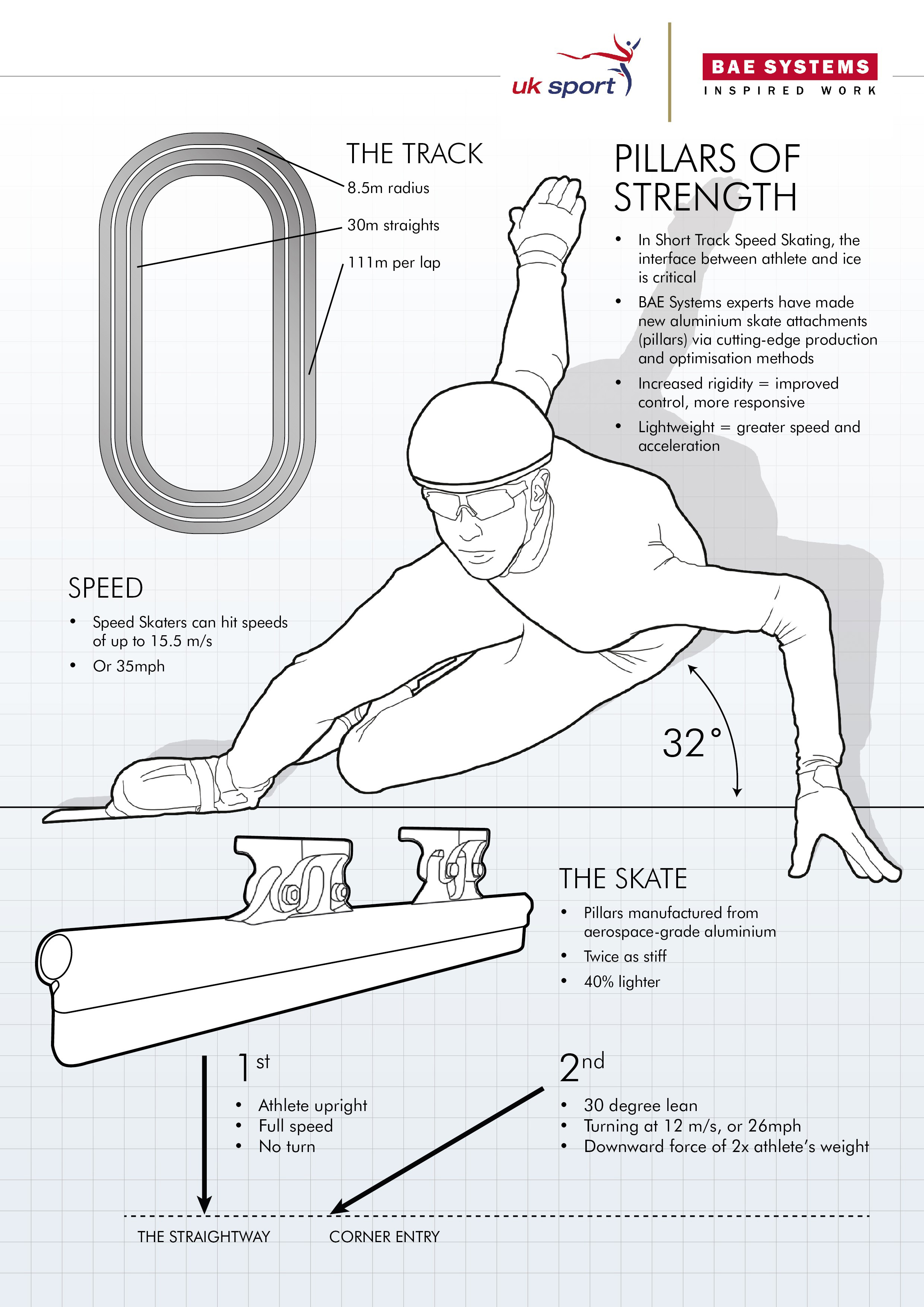 Kelvin Davies, BAE Systems UK sport technology partnership lead, said: “For our engineers to have been able to use their expertise to help these fantastic athletes is a truly rewarding feeling, and what this partnership is all about. The team is hugely excited about its prospects for the future, and we hope our work can help our athletes to achieve the success they deserve.”

Naomi Stenhouse, head of project & performance engineering at the English Institute of Sport, added: “At the pinnacle of high performance sport, competitors are constantly looking for that split second advantage over their opponents. Being able to use the skills of BAE Systems’ engineers to analyse and improve our equipment ahead of the major competitions in 2014 means that the team will be going in with the best possible chance of success.”

Stuart Horsepool, Performance Director of GB Short Track concluded: “We are very grateful for BAE Systems’ tireless work with UK Sport to give our skaters the winning edge this season. The skaters have a lot of confidence in the new technology, which is allowing them to push the boundaries by taking corners faster and with more assurance than ever before. This is key to the success of our athletes at international events like the World Championships.”