A major West Midlands economic development agency has welcomed a £500m expansion plan by Birmingham Airport saying it will boost manufacturing in the region.

“The West Midlands has firmly established itself as the UK’s driver of growth, fostering centres of excellence in business and leading the country’s traditional sectors – such as manufacturing and engineering,” he commented.

“The region lies on the cusp of a period of great economic growth, supported by major infrastructure projects such as HS2, that will help attract more people and investment than ever before. To realise this potential, we are committed to working with our partners at Birmingham Airport to showcase the region to the world.”

The Draft Master Plan, which explores the airport’s expansion plans in the fifteen-year period to 2033, includes improving the airport’s public transport connections, enhancing airport security, and increasing the number of aircraft parking stands and ancillary facilities.

The airport is aiming to have 18 million passengers a year by 2033, up from 13 million per year currently. Passenger numbers already rose by 43% in the five years to 2017.

Many in the automotive sector welcomed the plans, including Jaguar Land Rover, whose Solihull factory is adjacent to the airport. Rolls Royce’s Director of Economic Development Paul Harris said transport infrastructure was paramount to the firm’s success:

“As a leading industrial technology company, connecting with our supply chain regionally and globally is critical to our success. We therefore welcome increased transport infrastructure investment in the Midlands that enables increased capacity, faster connections and improved journey reliability.”

Birmingham Airport is the seventh busiest airport in the UK, just behind Edinburgh airport, but far fewer than Heathrow and Gatwick, who handled 123 million passengers between them last year.

Though Birmingham airport’s full potential capacity is 30 million annual passengers, its flight numbers are limited by strict NATS guidelines on the airport’s runway capacity during the early morning departures peak throughout the summer.

Expansion at Birmingham Airport will strongly benefit Midlands manufacturers he said, because they “could do with more long-range flights direct to growth markets like China. That could boost both exports and inward investment.”

The West Midlands had a total of 305,000 manufacturing jobs as of March 2018, 10% of the region’s total workforce. The transport and metal sectors are the largest manufacturing sub-sectors in the region. The nearby Jaguar Land Rover factory in Solihull employs 9,000 staff and recently underwent a £1.5bn makeover and is large enough to cover 22 football pitches. 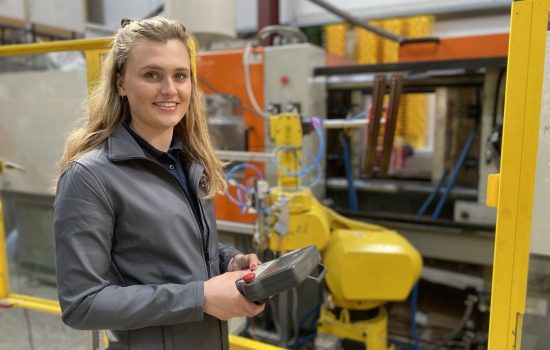