Bisley’s CEO, Richard Costin has announced that Mr Anthony Brown, the owner of Newport based office furniture designer and manufacturing firm, Bisley, has established an Employee Ownership Trust (EOT), gifting the employees with 51% of the shares in Bisley.

Since joining Bisley in February 2020, Richard has been working closely with Mr Brown, regarding the business succession plan and the long-term future of Bisley and its employees.

Moving forwards, 51% of Bisley will be indirectly owned by its circa 500 global employees, most of who are based in the UK, but also with offices throughout the world, including Dubai, New York, Paris, Germany, the Netherlands and Ireland. 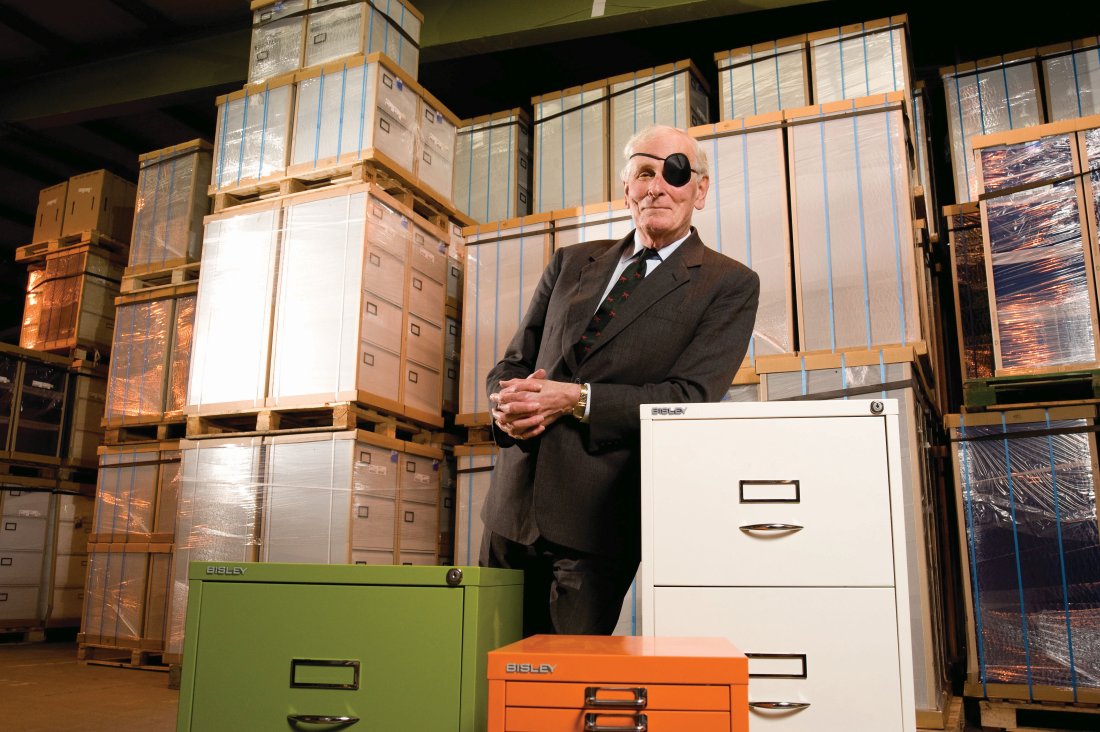 The development of the Bisley Employee Ownership Trust has been an integral part of Mr Brown’s ongoing succession planning since he began working for his father in 1960. 2022 marks his 52nd year as the owner of Bisley, the company he bought from his father upon his retirement in 1970. At the time he became the proud owner of the business with a £370,000 turnover, employing 45 members of staff.

Since taking ownership of Bisley, Mr Brown has diversified the business, continually adapted to ongoing technological, economic and cultural change, opened offices across the world, and has been consistently recognised for excellence in British design.

Today the company produces over 15,000 items per week, exporting to over 75 countries around the world. Over recent years Bisley continues to diversify, designing new innovative products for both the home and the office, significantly expanding its e-commerce offering, most recently establishing a new partnership with John Lewis.

Speaking about the move, Mr Brown said: “For some time now, along with the Board of Directors, I have been seeking ways in which to ensure the long-term success of Bisley, and at the heart of this for me has always been the most important element of Bisley – our people”.

Talking about the establishment of the Bisley Employee Ownership Trust, Senior Designer, Sam Ostrolenk, who started out at Bisley as an apprentice said: “From the very start of my career at Bisley 15 years ago, the one constant I feel is that the employees feel part of one big family under the ownership of Mr Brown, which is a rare feeling that you don’t get elsewhere.

“When I first heard that Mr Brown was creating an Employee Ownership Trust, it was moving to know that this is being created for all the workers, who have been at the very heart of the company’s growth and success – something we all know Mr Brown has always put first. The EOT secures the future of Bisley, and we thank Mr Brown for his incredible act of kindness and generosity. He is one of a kind and an incredibly unique and noble person.”

Sharon Thorpe, Senior Procurement Officer who has been at Bisley for 27 years said, “I think the EOT is a wonderful idea. It puts a lot of people’s worries about the future, to rest. Mr Brown has always looked after his employees, and I would like to thank him personally for what he has done for all of us.”

The Bisley Employee Ownership Trust will be managed by a group of Trustees, including CEO Richard Costin.

“It has been an honour working with Mr Brown, bringing this exciting change to galvanise and unite all of us at Bisley”, said Richard Costin.

“Our staff across the world mean so much to us and it has been a pleasure to complete the EOT at such a challenging economic time. This important announcement provides reassurance to our staff, customers and suppliers and it allows our ethos, values and independence to continue to thrive, while allowing us all to share in the success, and to continue the incredible legacy that Mr Brown has set.”

Bisley now looks to its future, with an ambitious and diverse product roadmap to suit the evolving hybrid workplace, as well as bold e-commerce expansion into other territories across the world.