Posted on 14 Sep 2016 by Michael Cruickshank

US aerospace and defense manufacturer Boeing is moving ahead with tests of its Blended Wing Body (BWB) design.

The company is currently testing a subscale BWB demonstrator craft to see how it performs in different conditions.

Wind tunnel testing is now underway for the next month at the NASA Langley Research Center 14- by 22-Foot Subsonic Tunnel in Virginia.

The sub-scale demonstrator (pictured) measures 13ft (4m) in wingspan – roughly 6% of the width of the full size craft.

Specifically, Boeing is using this NASA wind tunnel to map airflow over the BWB demonstrator using lasers and smoke with a technique known as particle imagery velocimetry (PIV).

While these are not the first wind tunnel tests which Boeing has undertaken with the craft, they are the first using PIV which will allows for greater reading accuracy.

The tests themselves will focus on differing control surfaces, an area which is significantly more complex in blended-wing designs than in traditional ones.

“Our tests are a continuation of more than two decades of successful research and development of this concept, which is unparalleled in industry,” said John Bonet, Boeing’s test director for the BWB.

Similar to the well-known B-2 ‘stealth bomber’ and more recent experimental drones, the BWB features a ‘flying wedge’ shape rather than a normal fuselage.

While the technology has been in development now for many years, Boeing hopes to soon commercialize it.

The company plans to scale-up the BWB into a full-sized military transport or tanker aircraft which would travel at subsonic speeds.

This aircraft would reportedly be ready within the next decade and would offer significant operational advantages over traditional designs.

Significant parts of the BWB testing were carried out as part of NASA’s Environmentally Responsible Aviation program, due to the design’s large efficiency gains

“The BWB is showing great potential to offer structural, aerodynamic and operating efficiencies as well as the capability to be more fuel efficient and quieter over more traditional aircraft designs,” said Naveed Hussain, vice president of aeromechanics technology at Boeing. 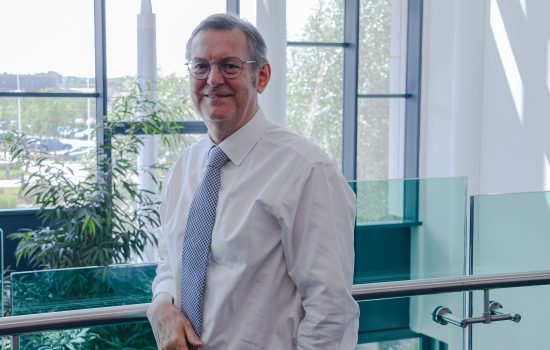