High speed supersonic commercial flights could be on the horizon in the next decade after US startup company, Boom Technology, recently unveiled its XB-1 Supersonic Demonstrator.

Boom Technology hopes that its supersonic passenger airliner subscale prototype may indeed make the company’s slogan, ‘The Future is Supersonic’, a reality.

Nicknamed ‘Baby Boom’, Boom Technology claims the XB-1 is the world’s fastest civil aircraft ever made and will demonstrate its capabilities in upcoming tests flights. The company claims that is aircraft could cut the normal 7 hour flight from New York to London in half to just 3.5 hours, and the 15 hour trip from Los Angeles to Sydney down to just 6 hours and 45 minutes.

The XB-1 prototype was recently unveiled at the Continental Airport in Denver, the city where Boom Technology is based.

The Supersonic Demonstrator is a technically representative 1/3 scale version of the Boom production model, with the commercial-ready prototype version able to accommodate up to 44 passengers.

To help Boom achieve its ambition of providing a viable commercial option for supersonic high-speed travel, Sir Richard Branson and his Virgin company is working with the Denver-based company to help build a fleet of supersonic jets capable of travelling at speeds of up to 2,335 km/h (1,450 mph).

Boom and Virgin Galactic’s The Spaceship Company will conduct supersonic test flights of the XB-1 prototype in late 2017 the company’s hoping to carry the first paying customers chat 2020s.

In exchange for helping to develop the XB-1, Virgin will have the option to purchase Boom Technology’s first 10 jets.

The partnership with Boom to develop legitimate supersonic high-speed commercial flights is one Virgin Group co-founder Branson said was a no-brainer.

“I have long been passionate about aerospace innovation and the development of high-speed commercial flights,” he said.

“As an innovator in the space, Virgin Galactic’s decision to work with Boom was an easy one. We’re excited to have an option on Boom’s first 10 airframes.

“Through Virgin Galactic’s manufacturing arm, The Spaceship Company, we will  provide engineering and manufacturing services, along with flight test support and operations as part of our shared ambitions.”

In addition to partnering with Virgin, Boom also brought together the top minds in aviation formerly from the likes of NASA, Space X and Boeing to build its modern supersonic passenger airliner.

The newly unveiled XB-1 prototype and its eventual full-scale commercial version could hold the key to solving a problem which has existed for the past 50 years.

Whilst supersonic flight has existed for over half a century, the problem has been that hasn’t been any affordable option created which would utilise this technology for routine travel.

Now six decades after the dawn of the jet age and supersonic flight, Boom in the form of its XB-1 prototype is finally offering a technology which solves the problem of efficient, economical and safe supersonic flight  which has eluded mankind for decades.

“Concorde’s designers didn’t have the technology for affordable supersonic travel, but now we do. Today, we’re proud to unveil our first aircraft as we look forward to first flight late next year.”

Scholl said he wanted to make supersonic high speed commercial flights a reality and available to everyone after the world had waited over 60 years for such commercially viable technology.

“I started this because I was sad that I never got to fly on Concorde, I waited but no one was doing it, so I decided to,” he said.

“Ultimately I want people to be able to get anywhere in the world in five hours for $100. To get there you have to improve fuel efficiency, but step-by-step supersonic air travel will become available for everyone.”

With the unveiling of its XB-1 prototype, Boom has taken over the Supersonic legacy from Concorde, which experienced a tragic crash in 2000 and flew for the final time on November 26, 2003.

Learning from the Concorde and its mistakes, Boom combined advanced aerodynamics, efficient engine technology and new composite materials to power a safe and affordable supersonic aircraft which is 2.6 times faster than current jetliners.

The XB-1’s first flight is scheduled for late 2017, with subsonic flight tests to be conducted east of Denver and supersonic test flight to be conducted near Edwards Air Force Base in Southern California in partnership with Virgin Galactic’s The Spaceship Company. 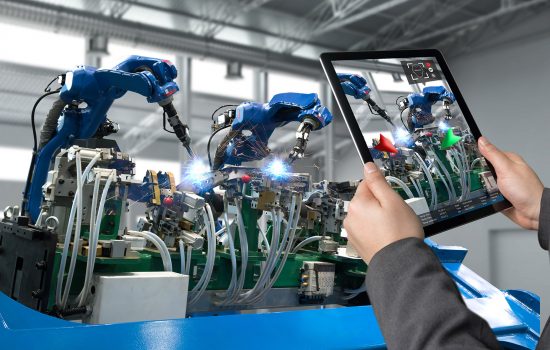