Haydn Jakes, aged 23 from Cambridge, took home the gold in Aircraft Maintenance at the 45th ‘Skills Olympics’, which took place in Kazan, Russia.

Haydn Jakes was reportedly overcome with emotion having been crowned the best young Aircraft Maintenance engineer in the World.

He said:” This means the world to me – I can’t stop shaking. I have sacrificed such a lot, deferred my degree and it cost me the chance of being a Royal Airforce pilot – which was a lifelong dream.

“Now I will move heaven and earth to pass on my skills and experiences to others in the system. I am already giving lectures to school children – and I will certainly be doing a lot more now.”

Hayden was accepted onto an advanced apprenticeship scheme at Marshall Aerospace and Defence in 2013, which he completed in 2017.

During this time, he carried out all aspects of aircraft maintenance including base and line maintenance, major structural repairs and modifications on the C130 Hercules platform for various military and civilian operators.

He is currently studying aerospace engineering at the University of Nottingham, and is expected to graduate with an MEng with Integrated Honours in 2021.

The 45th WorldSkills Finals, which takes place every two years, is considered to be the ultimate litmus test to compare countries’ readiness to compete economically.

More than 250,000 people gathered in Kazan, the capital of Tatarstan for the spectacular closing ceremony which was addressed by President Vladimir Putin.

The WorldSkills Opening and Closing Ceremonies were televised in the UK for the very first time.

The impressive results represent an amazing success for WorldSkills UK, which selects and trains the team and works to mainstream excellence in education and industry.

The winners in full

Dr Neil Bentley-Gockmann OBE, CEO of WorldSkills UK said: “The members of Team UK, all under 25 years, championed the UK focus on skills development in front of a global audience, sending a strong message that the UK is a world-class place to invest, do business and create jobs.

“Governments, education and industry need to continue to work with us to help make sure the UK stays at the cutting- edge of global best practice in skills development.” 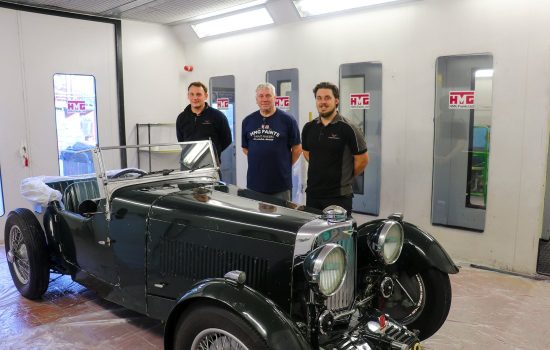