British car manufacturers could become caught up in an export tariff tit-for-tat escalating between the UK and US governments, after chancellor Sajid Javid refused to back down on a new multibillion-pound tax incentive aimed at many of the world’s biggest tech firms.

The US treasury secretary Steve Mnuchin threatened arbitrary new tariffs on UK carmakers in response to the British chancellor’s refusal to recant on “proportionate” taxes on tech giants like Amazon, Apple and Facebook, who currently conduct a lot of business in the UK but escape paying taxes based on the volume of their sales.

The tariff dispute happened during the World Economic Forum in Davos. Javid has said he intends to introduce the multibillion-pound tech levy this April.

The EU is currently the UK’s largest trading partner, and Javid said that a trade deal with the European Union would take precedence over that of the United States when the UK ‘Brexits’ at the end of January.

However, the UK also views a trade deal with the US as a priority and US treasury secretary Mnuchin’s reflexive comments will send shivers down the spine of the UK automotive sector.

France was forced to recant on a similar tax proposal after the US threatened to enact new exports levies on French handbags, wine and cheese. France has postponed the levy until the end of the year.

PM Boris Johnson and US president Donald Trump are due to discuss the US-UK trade deal and Javid’s tech tax hike at the World Economic Forum in Davos this week.

The government is seeking to establish new international trading relationships in light of the UK leaving the EU, in which around 40 preferential trade deals with access to around 70 markets is currently in place. This accounts for more than 60% of the UK’s total trade.

The prime minister is “walking a tight-rope” during the most important trade negotiation process in this country’s history that could “directly impact all other international relationships”, according to OCO Global, an international trade and export service specialist.

“While many of the existing EU agreements with smaller nations will be rolled over by the UK, the government will need to carefully navigate trade with more advanced economies which will be highly complex,” said OCO Global commercial director, Gareth Hagan.

“The recently concluded trading partnership between the EU and Japan which took almost 20 years to be completed, serves as a stark reminder to the UK government how protracted trade negotiations can become. The UK needs to broker a deal with the EU that will protect its economy whilst offering freedoms to negotiate with other countries,” he added.

OCO consults governments and businesses throughout Europe, the Americas, Asia and Australasia. 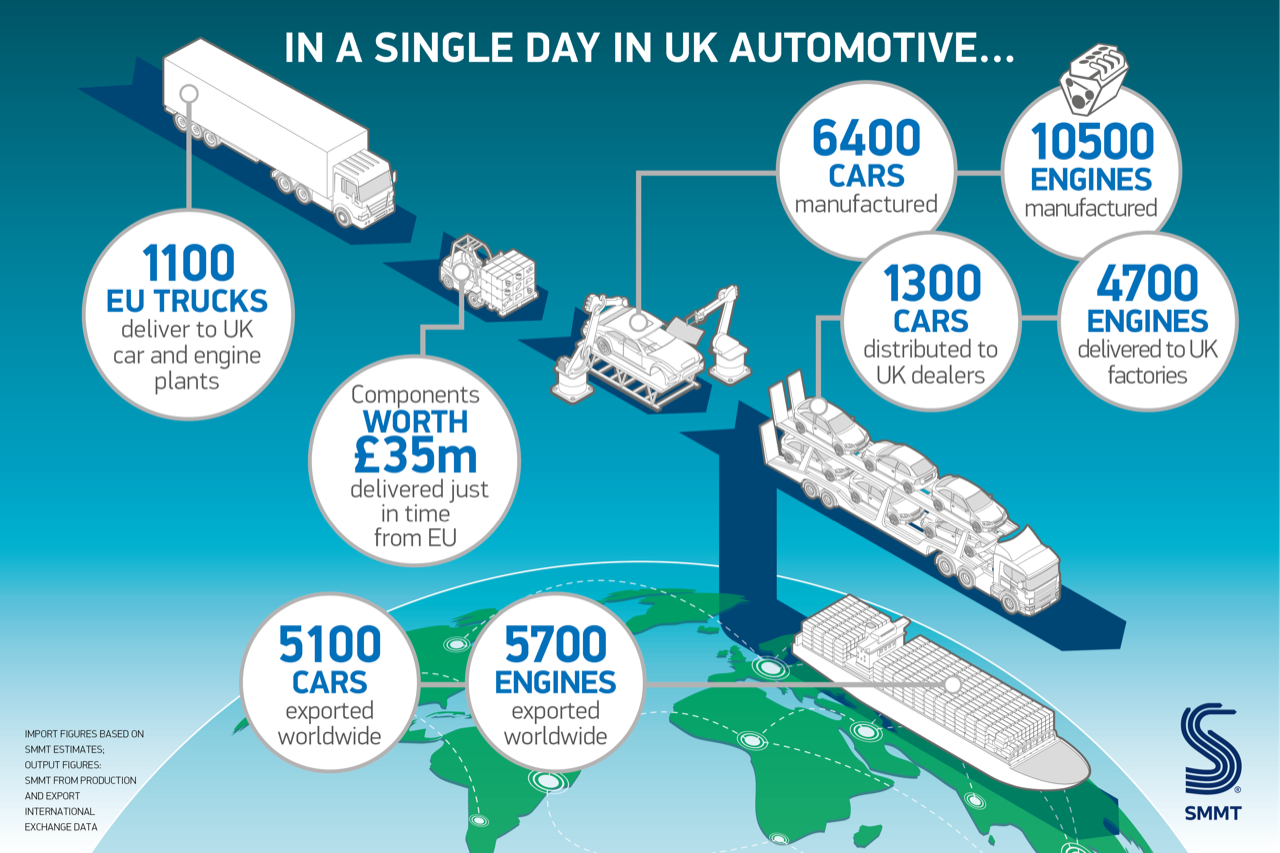 *All data from the SMMT