Dr Adam Marshall, Director General of the British Chambers of Commerce sits down with The Manufacturer to discuss the actions needed to get business moving again.

UK manufacturers are at a pivotal moment in their recovery from the impact of Coronavirus. From the safe reopening of factories and workplaces to changeable national and international travel restrictions, having to adapt to the ‘new normal’ is a strain being felt by businesses up and down the country.

Understandably, business owners and leaders have concerns, frustrations and questions. Many of them are turning to their local Chambers of Commerce for guidance and to ensure their experiences and priorities are being heard by policymakers.

The British Chambers of Commerce (BCC) comprises 53 Chambers across the UK, representing 75,000 businesses employing some 6 million people – more than 20% of the private sector workforce.

The work of the domestic network is augmented by an expanding international footprint, with the BCC now present in more than 60 markets around the world.

The British Chambers’ Quarterly Economic Survey is the country’s largest, most widely cited and longest running survey of business sentiment (31 years and counting). It’s most recent survey [Q3 2020, at time of writing] took in responses from more than 6,400 companies of every size and sector.

The results found business conditions remained weak, despite much of the economy reopening. While most key indicators improved on the historic lows recorded in Q2, they remained significantly lower than before the pandemic struck.

In response, the Director General of the British Chambers of Commerce, Dr Adam Marshall, noted that, “The economy will need more support, over and above the Chancellor’s welcome recent efforts. Ministers must stand ready to provide that support, and to strengthen measures to underpin business cash flow and jobs.”

Jonny Williamson recently sat down with Adam to discuss the “swift and substantial action” he says is required to “rekindle business confidence” and “jumpstart the economy”.

Writing to the Prime Minister, BCC President Baroness Ruby McGregor-Smith said businesses face “a difficult winter ahead” without “bolder and more ambitious action.” What actions are the BCC calling for exactly?

Dr Adam Marshall: Businesses are concerned they may face a triple threat over the coming months – a resurgence of the Coronavirus leading to further lockdowns, an end to government support schemes and the end of the Brexit transition period.

Many are adopting defensive strategies in the shadow of those three potential issues. For example, businesses are looking at ways to improve cash flow while simultaneously conserving cash and having something to fall back on in the event of near-term disruption.

We are calling for the next level of support for the economy and for business communities around the country.

One element of that is greater support for businesses forced to shutter or scale back their operations through no fault of their own in the form of additional grant funding and wage support, rather than saddling companies with further debt.

We are also calling for an 18-month expansion of the Employment Allowance from £4,000 to £2,000 and an increase to the threshold for employer National Insurance contributions from £8,788 to £12,500.

Those are two things that would provide tangible help for businesses with prolonged cashflow difficulties. The latter could save employers around£500 per job, for example.

On the subject of workers, safeguarding skilled workers is a key priority for manufacturers. Are you seeing any innovative steps being taken to protect and retain experienced workers?

Many businesses, manufacturers included, are having to decide once and for all which jobs are viable for the long term, and which are not. Of course, priority will be given to those skill sets that are difficult or impossible to replace; but there will be a shakeout in the labour market, of that we can be sure.

The consequences of that will be tough for those businesses and individuals affected; however, on a macro level, it is healthy for a labour market to reset. Though we’d like to see greater incentives in place to encourage businesses to invest in retraining and retaining employees.

Some businesses really grasped the nettle during the furlough and invested in training workers that were partially or completely furloughed, even though that was logistically quite complex and brought additional cost and administration.

Since 2016, much of the BCC’s research and lobbying work has focused on the practical impacts of the decision to leave the EU and helping to distil the complexity around that process into more easily understandable terms. What’s your view on the latest developments?

It would be no exaggeration to say we are extremely concerned at the number of unanswered questions that still remain both for manufacturers and for the business community more widely.

All those who have cross-border supply chains or trade across borders find themselves having to prepare and yet there are still a number of gaps in the official guidance. The processes and procedures that they’ve been using for the past 40 years are going to disappear and their replacements aren’t ready.

That’s a major concern and we continue to place pressure on Michael Gove, the Cabinet Office and the government as a whole to provide answers to all these questions because only then will the economy function and trade continue to flow.

My advice to businesses is to revise your own procedures, test them against government guidance and the information that’s available to them. There is a checklist on our website which relates to the possible changes flowing from Brexit that businesses may need to consider.

First, businesses should be making use of resources such as these to understand where changes may need to be made. Second, make the necessary changes, where possible, and notify organisations such as the British Chambers where clarity or further guidance is required. 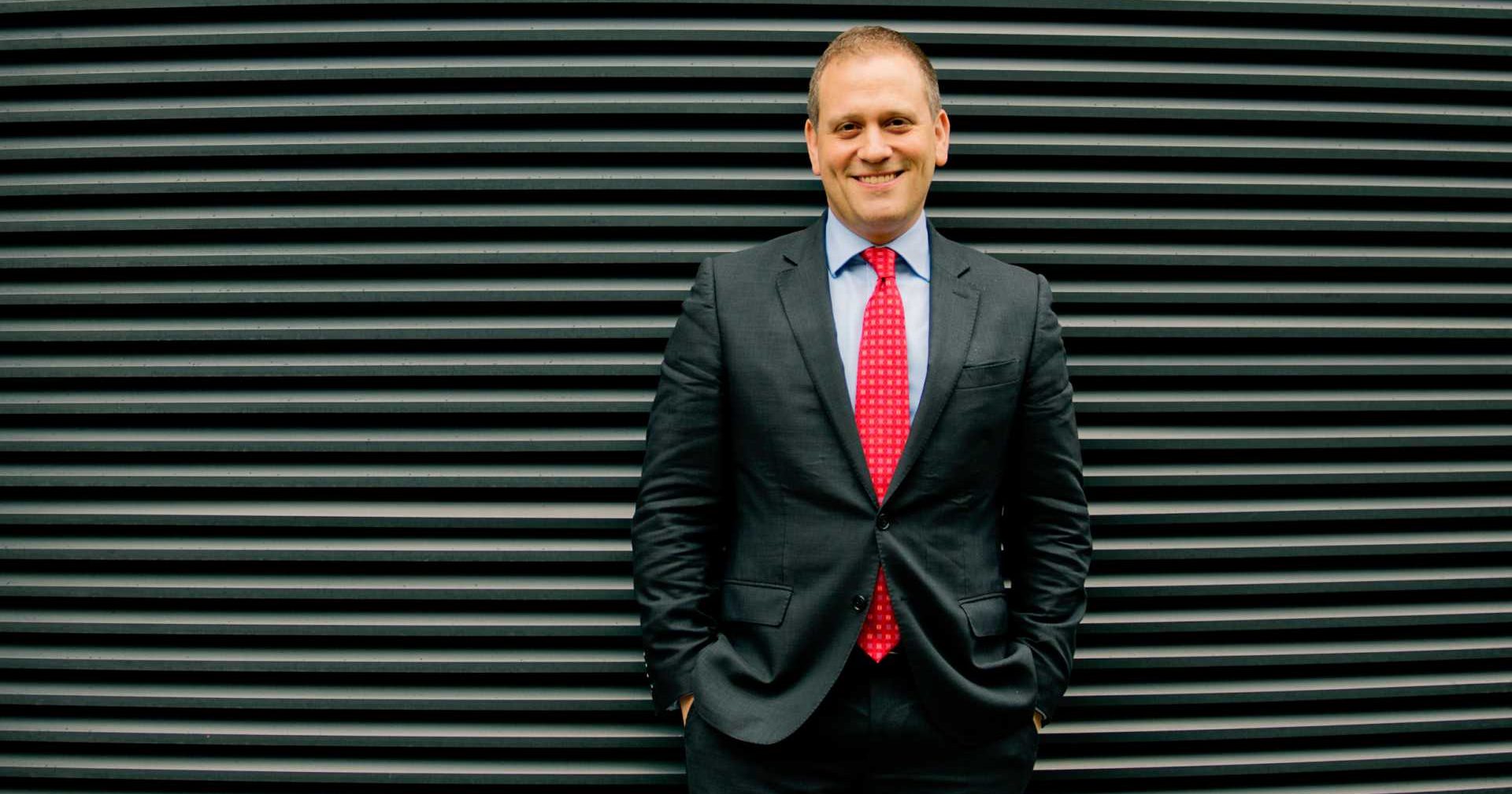 Do you have confidence that the majority of these processes and procedures are going to be in place within the next three months?

There will need to be more time in some way, whether it’s coming from the UK government unilaterally, the EU unilaterally, or, as is our preference, coordinated between the two to allow change to bed in.

On a more positive note, the BCC has said many opportunities facing the UK economy have little or nothing to do with our departure from the EU.

What exactly are these opportunities and, more importantly, how do we ensure they are fully grasped?

We have to realise that we have been engaged in a national mirror-gazing exercise over our decision to exit the European Union for the past four years. There are a lot of other things going on in the global economy that will continue despite the Brexit process, and almost as if it had no impact.

That’s why the British Chambers of Commerce Global Business Network is such an asset because it provides businesses with a landing point and a knowledge partner in more than 60 markets around the world.

Markets where the ‘Made in Britain’ marque is still very much respected but currently underrepresented offer a world of opportunities and we are working to help businesses to grasp them.

You’ve noted previously that to grasp the opportunities abroad we need radical action to address the fundamentals at home. What did you mean by that?

We’re seeing a possibly permanent shift away from very long, very fragile supply chains to more diversified, local alternatives. I don’t think that necessarily means mass onshoring or reshoring of production, but it does mean diversification, and businesses will need to be supported to make that change.

I would add a conducive and secure trading environment to that list.

Indeed. The biggest problem we have around business support generally in this country is we change it every 12 to 18 months. It takes businesses a year to hear about something, about five years to engage with it, and about 10 years to really feel comfortable with it, and we never achieve those timelines.

There’s no coincidence that consistency and clarity lead to greater awareness and better outcomes.

A prime example of this are the recently launched T Levels. These new qualifications cannot be chopped, changed, thrown up and down, and left and right, they’ve got to be allowed to bed in and gain the confidence of the business community.

And more is going to have to be done by the government to incentivise and encourage businesses to undertake the placements, and that’s going to take some time.

Time is perhaps something we don’t have the luxury of when it comes to the climate emergency. What can be done to help businesses become more sustainable?

The best way to get businesses, particularly those who are not in the vanguard, excited about this is explain to them how making changes will reduce their costs and enhance their profitability.

The discussion needs to be had in the language of business and with an understanding of the profit and loss drivers that so many businesses, particularly smaller firms, have. How do we make that easier for them? How do we give them the right incentives, encouragement and advice? Those are the questions we need to be answering.

Sustainability is a topic I believe very strongly in. The same is true of diversity in the workplace, particularly at the board level. Diversity is not for me or anyone else to pontificate about it, it’s for people like me to demonstrate and set a good example for others.

I look today, as I prepare to leave the BCC in six months’ time, I have a President, Ruby McGregor-Smith, who is one of most prominent businesspeople in the country and was the first Asian woman to be the CEO of a FTSE250 company.

My Chair is Sarah Howard, a small business owner from Suffolk, and my board has a 50/50 gender split. You address questions around diversity not by talking about them, but by doing things. That’s the best legacy anyone can have in that respect.