In response to the rejected Brexit deal, a report by the Institute of Directors (IoD) from over 1,000 of its members found 45% backed a second referendum, making it the most popular course of action.

It revealed that 29% of business chiefs wanted May to return to Brussels to renegotiate a better deal, while 23% supported a no-deal scenario.

Only one-fifth of business leaders surveyed said they had already activated contingency plans, while a further 18% have plans waiting to be implemented.

Of those who said they would be planning for Brexit, over half (54%) said that they were more likely to activate those plans in the near future as a result of the vote last Tuesday.

Many have called a no-deal Brexit scenario as simply not an option, as the impacts to the UK economy, business and trade would be severe. This reflects the findings, as nearly 80% of business leaders surveyed by the IoD rejected the no-deal option.

Theresa May is to set out her ‘Plan B’ for Brexit this afternoon, six days after her previous plan was defeated by the biggest margin history.

Stephen Martin, director general of the Institute of Directors, said: “Business is not the only voice that should get a hearing, but companies don’t stand apart from society, they are an integral part of it.

“What happens over the next few weeks will affect supply chains, logistics and investment decisions but these aren’t abstract concepts – they have an impact on real businesses, large and small, real jobs, real people. The solution is far from clear, there is disagreement even among businesses on the way forward. The only place an alternative to no-deal on 29 March can be found is Parliament. The country is watching.”

What do our readers want?

Mark Street-Docherty, CEO at gene-testing manufacturer, Elucigene Diagnostics, said to TM: “Like many British businesses, we’d have preferred not to leave the EU. But we have come to accept the outcome of the referendum. The most important thing for all companies – but especially those flying the flag for UK export – is to have clarity and certainty. Re-running the referendum would provide neither.”

Tony Hague, CEO at PP Control & Automation, said: “The next step for me would be to negotiate a better deal than the one we currently have.

Salop Design & Engineering’s Chris Greenough, said: “What business needs is clarity, certainty and a route forward. Any path is better than the one we currently have or indeed don’t have…”

Nimisha Raja, founder of Nim’s Fruit Crisps, told TM: “Given the Parliament vote and narrow no confidence result, it is clear that the country and parliament are divided and, given no one had an idea what Brexit would really mean, we should absolutely have another referendum. The question should then be…take the deal, or remain.” 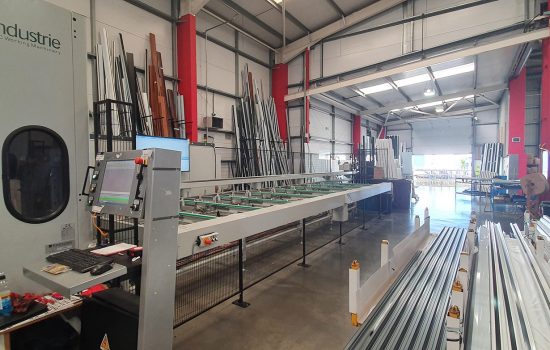