Can we build a future where more jobs are created than lost?

Once again, The Manufacturer has been asked to help engage UK manufacturers in the Industrial Digitalisation Review, supporting the government’s Industrial Strategy.

In our last ‘Digital Transformation’ newsletter, we reported how the CEO of Siemens UK & Ireland, Juergen Maier, has enlisted The Manufacturer to help engage UK manufacturers in his Industrial Digitalisation Review.

Now, The Manufacturer has also been invited to assist with input into two of the subsidiary strands feeding into the overall review:

Essentially, both teams want UK manufacturers to offer detailed input in order to help them shape their contribution to Juergen Maier’s final report, with regard to:

The team dealing with job creation/displacement by automation is looking for anecdotes or case studies from companies that have automated some or all their processes, regarding how many jobs were gained or lost, what kind of role were lost or added, and what did it do to the average skill level in the business? (In other words, if you added higher skilled jobs, but lost lower-skilled ones, that would increase the average skill level in your business.)

Please write to the team via: [email protected]

It’s hard to avoid the current debate about automation, robots and the increasingly digital world in which we live, according to GAMBICA CEO, Graeme Philp.

In a recent article, Philp asks whether this fast accelerating trends is a scary prospect or something to be welcomed and made to work for us.

We can probably discount the more lurid scare stories about robots taking over our world. They remain, after all, simply mechanical machines controlled by microprocessors, he notes.

While robots (and automation, in general) are good at doing ‘tasks’, they aren’t capable of totally replacing a human being – so long as we are using all of the qualities that a human being offers, i.e. adaptability, instinct, innovation, creativity, common sense, and so on.

All qualities that are strongly represented in companies across the UK, and far more prevalent than in some of our closest global peers.

In the case of the Skills team, they are asking manufacturers to take part in a short survey. It will take only a few minutes, but your input is essential if UK manufacturing is going to get a decent shot at shaping its own future.

Anyone wishing to take a more active part in discussions around both issues is invited to a special workshop on 12 June 11.00am-3.30pm at the Royal Academy of Engineering in London. Reserve your place by clicking here. 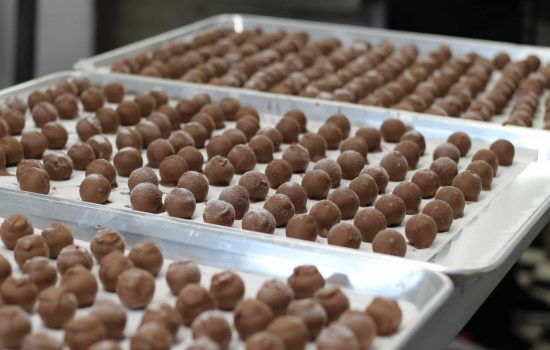 Chocolate maker finds the digital sweet spot with Made Smarter