Collaboration is key? JLR and BMW to partner on electrification

Jaguar Land Rover and BMW Group have announced they are linking up to develop the next-generation in electric drive systems, this comes as the latest in tactical auto alliances.

Manufacturers are secretive about their technology and operations, and for good reason. But, with the car industry being turned on its head, automotive manufacturers need to share some of what they know with each other.

“We’ve proven we can build world beating electric cars but now we need to scale the technology to support the next generation of Jaguar and Land Rover products,” says engineering director at Jaguar Land Rover, Nick Rogers.

“It was clear from discussions with BMW Group that both companies’ requirements for next generation EDUs to support this transition have significant overlap making for a mutually beneficial collaboration,” he added.

This is not the first major automotive partnership of late. Fiat Chrysler proposed a merger with Renault last month to create a new car giant, which based on last year’s takings, would have an annual revenue of nearly £150bn.

With an additional 21 million electric vehicles (EVs) set be driving on roads across the world in the next decade, according to Deloitte research, carmakers need to make the charge for electrification, and fast.

The strategic partnership between JLR and BMW will build on the knowledge and expertise in electrification both companies already have. JLR has shown its capability in its battery electric SUV, the Jaguar I-PACE, as well as various other plug-in hybrid models. And BMW brings experience in development and production. It has the largest portfolio of electrified vehicles, with several generations of electric cars since it launched the BMW i3 in 2013.

“With Jaguar Land Rover, we found a partner whose requirements for the future generation of electric drive units significantly match ours,” said Klaus Fröhlich, Member of the Board of Management of BMW AG, Development.

“The automotive industry is undergoing a steep transformation. We see collaboration as a key for success, also in the field of electrification,” he adds.

A team of Jaguar Land Rover and BMW experts will engineer the EDUs, with both companies developing systems to meet the specific needs for their own products. These will be manufactured by each partner in their own production facilities.

No doubt, Jaguar Land Rover is aware that it needs to shake up its strategy to keep ahead, and deal with the £3.6bn loss it had last year – the biggest in its history. The car firm has also been named as a prospective buyer for ride-share app Addison Lee. This to diversify itself into service and strategically position itself to embrace the predicted future of shared mobility and driverless vehicles, as well as electric.

The joint venture between BMW and JLR has come after the UK government was reported to be mulling over backing a £1.7bn electric battery factory for Britain’s biggest auto makers. If it does go ahead, it could be the UK’s answer to Tesla’s huge battery facility in the Nevada desert.

Both BMW and JLR, as well as Nissan and Geely are understood to be involved in the discussions. A shared factory would enable manufacturers to reduce the large investment cost that would arise if each business were to build their own factory.

Domestic battery production could be essential if the industry is to switch to electric vehicles, largely because of the costs and risks associated with transporting batteries. 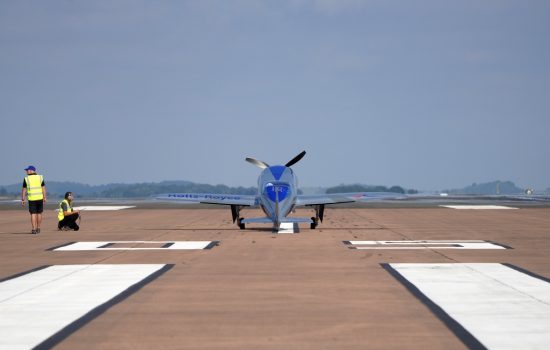