Comau has been selected by Automotive Cells Company (ACC), a joint venture between Stellantis, TotalEnergies/Saft and Mercedes-Benz, to design and develop a highly integrated battery module production line for its future Gigafactory in Billy-Bercalu Douvrain, in the north of France.

With the projected capacity to ultimately ramp up to 40 GWh, ACC is set to become a European leader in enabling cleaner, efficient mobility for all. Under the terms of the agreement, Comau will supply ACC with the expertise and equipment needed to automate manufacturing of the next-generation EV batteries.

Featuring the inherent flexibility to handle both 8- and 16-cell modules, the Comau-designed lines will allow ACC to produce up to 8 Gigawatt hours (GWh) annually by the end of 2024. Furthermore, the comprehensive solution leverages Comau’s extended European network, thus guaranteeing local sourcing of technology, auxiliary equipment and components for the five manufacturing lines, three of which produce both models while two are dedicated 8-cell MEB lines.

One of the unique elements of the project was the requirement to employ a stacking force of 300-500 decanewtons to produce the two distinct module formats compared to the industry average of around 100 decanewtons. To meet this challenge, Comau and ACC engineers worked in tandem to tailor the process in order to guarantee the intended product geometry and battery characteristics. This simultaneous engineering approach has also enabled Comau to remove one of the originally-designed lines, improving the process dynamics and helping ACC optimize its CAPEX investments. 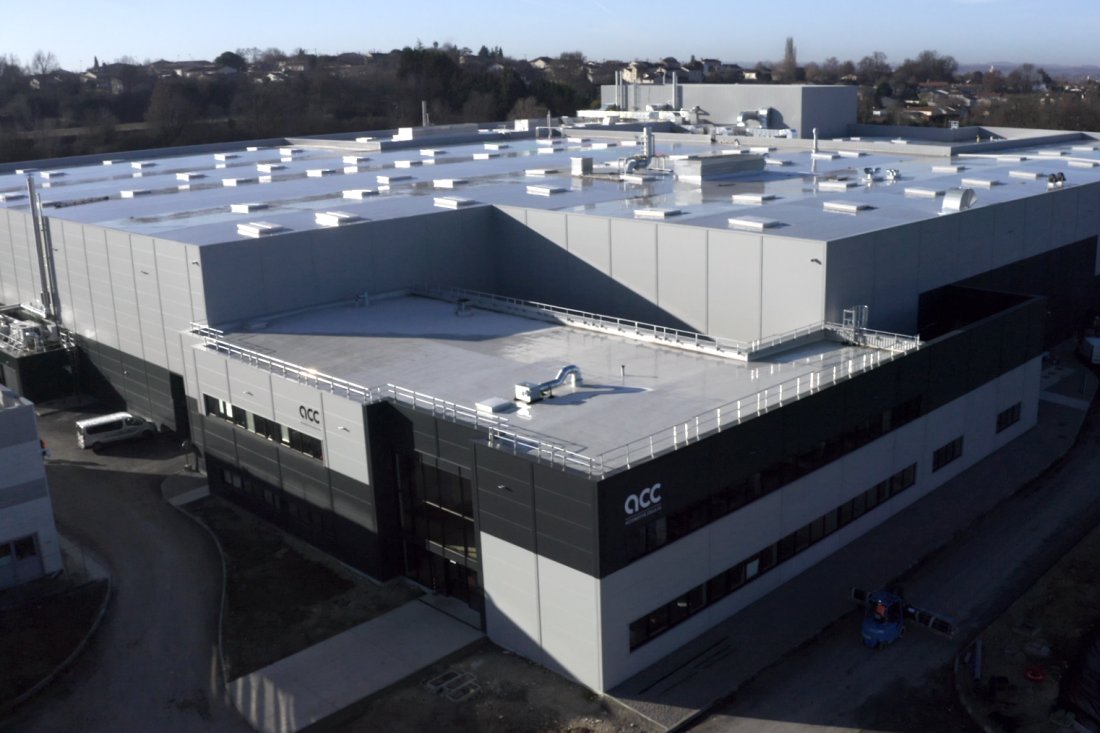 The joint engineering team will deploy and optimize the pilot line at ACC’s plant in Nersac, France (pictured)

The project, which highlights Comau’s continued investments in the electrification sector, also leverages the company’s 45+ years of expertise in automation and digitalization technologies. Indeed, Comau has both provided ACC with the necessary technology and know-how to automate the entire end-to-end production process, which includes prismatic cell preparation and testing, the stacking, welding and final assembly, all the way to the final end-of-line testing. The complete setup, which integrates a mix of proprietary and non-Comau products, features Comau’s innovative stacking process in addition to its welding, wrapping and electrical testing technologies.

As a first step in the multi-phase project, the joint engineering team will deploy and optimize the pilot line at ACC’s plant in Nersac, France, before rolling out the full-scale manufacturing line at the company’s Gigafactory in Billy-Bercalu Douvrain. With an estimated production rate of 53 JPH (jobs per hour), the Comau-designed solution both meets the customer’s near-term manufacturing objectives while delivering the possibility for future expansion as needed.

“The emergence of a European equipment industry is a key success factor for ACC, whose ambition is to be a European leader of automotive battery cells and modules. In Europe, we cannot depend exclusively on sourcing that would only be Asian. We must facilitate the establishment of an entire battery ecosystem, covering the entire value chain. In this perspective, being able to rely on Comau is very important for ACC. Throughout the project, Comau’s engineering team has demonstrated their commitment to our success, improving both our process design and the seamless optimization of proprietary and non-Comau equipment,” said Jean-Baptiste Pernot ACC COO.

“Thanks to the strong collaboration and competence of our joint engineering team, Comau’s role as a development partner is helping ACC establish itself as a leading player in the high-performance battery technology field,” said Pietro Gorlier, Comau CEO. “Together, we have successfully completed the first phase of ACC’s battery program and look forward to enhancing their full-scale production lines in the next several months.”