Each day The Manufacturer compiles the top manufacturing news stories from around the web. To make your life a little easier, we trawl through all the major trade publications, broadsheets and business magazines to find you the most important manufacturing news each morning. Don't forget to bookmark this page and check back daily.

Covid-19: Oxford-AstraZeneca vaccine approved for use in UK

The Oxford-AstraZeneca vaccine has been approved for use in the UK, with the first doses due to be given on Monday.

There will be 530,000 doses available from next week, and vaccination centres will now start inviting patients to come and get the jab. Priority groups for immunisation have already been identified, starting with care home residents, the over-80s, and health and care workers. — Read more via BBC News

Meanwhile, a Wrexham factory will produce millions of doses of the Oxford/AstraZeneca vaccine in the coming months.

The Society of Motor Manufacturers and Traders (SMMT) yesterday called for the immediate ratification by UK Parliament of the draft UK-EU Trade and Cooperation agreement (TCA), to ensure all automotive companies benefit from continued tariff-free trade with our largest market from 1 January 2021. While no substitute for the benefits provided by remaining in the EU, the TCA provides hope for the future, with a foundation on which to build, domestically and internationally, in 2021. — Read more via SMMT

Boris Johnson’s post-Brexit deal was passed into UK law yesterday following a whirlwind 14-hour parliamentary process that has radically redrawn the UK’s ties with Europe. — Read more via The Guardian

Of the 1,239 people to be honoured in the New Year’s Honours List 2021 in recognition of their ‘extraordinary’ contributions to the nation, 111 have been recognised for services to business and the economy.

The 2021 list highlights how Britain’s business sector has stepped up to deliver for the country during the coronavirus pandemic. — Read more via BusinessLive

Brexit trade deal: what does it mean for UK businesses, from fishing boats to financial services?

A nice round up by The Independent on what the Brexit trade deal means for businesses across many different sectors, including manufacturers. — Read more via The Independent

As businesses around the world look to automate production lines and supply chains, companies making the robots are attracting great investor interest. The latest to get funded is Flexiv, which closed a Series B round north of $100m from investors including China’s on-demand services giant Meituan. — Read more via TechCrunch

The UK and Turkey have locked in tariff-free trading arrangements, which will support our trading relationship worth £18.6bn in 2019, and committed to working towards a more ambitious trade agreement in the future.

The deal has been hailed by the government as a ‘major win for UK automotive, manufacturing and steel industries.’ — Read more via GOV.UK

Chemical giant Croda has submitted plans for a £7.5m biomass boiler to cut emissions from its Hull site, saying it is “critical to the preservation of local jobs”.

Croda Europe Ltd, which has been on the site since 1967, currently burns up to 82 gigawatts of natural gas to create process steam, and says without the move the plant will become “increasingly uncompetitive both in terms of energy overheads, carbon and marketing advantage”. — Read more via The Yorkshire Post

A Lee-on-the-Solent-based tech start-up, which manufactures electric propulsion systems for all types of marine applications, has secured £300k from Innovate UK to bolster its growth.

RAD Propulsion, which is already revolutionising marine electric propulsion and disrupting the traditional market of petrol and diesel engine drives, plans to use the grant to fund R&D and exports. — Read more via The News

Industrial laundry machine manufacturer Kannegiesser will witness a change of the guard in the New Year. Martin Kannegiesser is to step down as chairman and be replaced by his daughter Tina.

Kannegiesser, which has 2,000 employees, a group turnover of more than 400m euros and is active in 54 countries, was founded in 1948 and has a UK manufacturing base in Banbury, Oxfordshire. Over the years, the firm has developed from a pure machine supplier to a technological partner of the industrial laundry. — Read more via Laundry & Cleaning Today

The UK is set to sign a trade agreement with Turkey aimed at ensuring the tariff-free flow of goods and protecting vital UK-Turkey supply chains in the automotive, manufacturing and steel industries, sources close to the UK Department for International Trade told S&P Global Platts.

The agreement will be “significant” for both countries and will secure preferential tariffs for the 7,600 UK businesses that exported goods to Turkey in 2019, the UK government sources said. — Read more via S&P Global Platts

All-new Range Rover Crossover due to launch in 2021

A new Range Rover Crossover will join the firm’s line-up next year with petrol, diesel and electrified powertrains — and it’s set to be built in Britain.

The new model will be lower and sleeker than the boxy SUVs Land Rover is known for, and may trade some off-road ability in the pursuit of style and luxury. — Read more via Carbuyer

Direct-to-consumer sales to give Wales manufacturing industry £1.3bn boost by 2023

A boom in manufacturers selling direct-to-consumer (D2C) will provide a £1.3bn boost to the Welsh industry’s coffers by 2023, research from Barclays Corporate Banking reveals. — Read more via Business News Wales

Brexit deal may be too little, too late for UK’s car industry

The auto industry dodged disaster when the United Kingdom and European Union sealed a post-Brexit trade accord. But it not come before car makers had announced factory closures and changed their plans to make several new vehicles in the UK.

Nuclear deterrent submarines ‘on track’ despite Covid and delays

The UK’s new nuclear deterrent is “on track” despite delays on the site where replacement submarines are being made, the Ministry of Defence (MoD) has said.

The MoD added that the programme remained “within overall budget and on track” for the first boat to enter service in the early 2030s. — Read more via BBC News

Aircraft manufacturing to end at BAE Systems in Brough after 104 years – but Dreadnought submarines, apprentices and remote working will secure its future

After 104 years of aircraft manufacturing, BAE Systems’ Brough facility has closed. However, it’s not necessarily the end of the line for the site.

When the plant re-opens after Christmas, BAE at Brough will begin a new era – one which is defined by engineering, apprenticeships and remote working. — Read more via Yorkshire Post

Under-fire bosses of fashion giant Boohoo have set out details of their plans for a ‘huge’ new Leicester factory after cutting ties with more than 60 of its suppliers in the city over concerns staff were being underpaid and overworked in poor conditions.

Boohoo’s operations director, Andrew Reaney, recently told the House of Commons Environmental Audit Committee the company was committed to Leicester and was pressing ahead with its own manufacturing plans in the city – with a new factory in Thurmaston Lane. — Read more via Leicestershire Live

Europe’s truck manufacturers have concluded that by 2040 all new trucks sold need to be fossil free in order to reach net zero by 2050.

Meeting this target, however, will only be possible, if the right charging/refuelling infrastructure is built and policy framework is put into place, they say. — Read more via Commercial Fleet

Manufacturer Coral Products has sold its plastic mouldings and food packaging divisions to One Plastics Group for £7.9m.

The AIM-listed company’s share price rose more than 40% when the markets opened this morning, which was expected given last night’s closing share price of 6.1p valued the group at less than £5m. — Read more via TheBusinessDesk.com

Race is on as carmakers shut, switch or sell combustion engine factories

Carmakers will increasingly find themselves in a race to shut, switch or sell factories producing vehicles with internal combustion engines to avoid being left with “stranded assets”, as regulators set a course for a decade of electrification to reduce carbon dioxide emissions.

Traditional manufacturers are currently playing a “zero sum game” because growth in electric car sales eats into the value of internal combustion engine factories, which “are effectively stranded assets”, a leading analyst has warned. — Read more via The Guardian 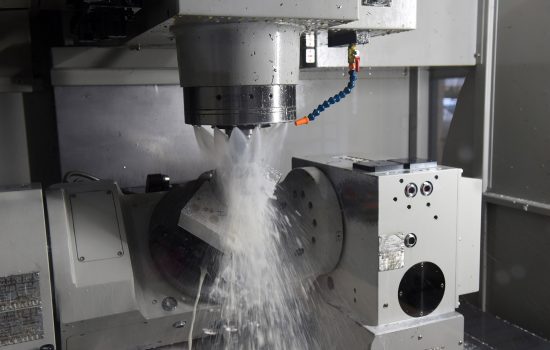 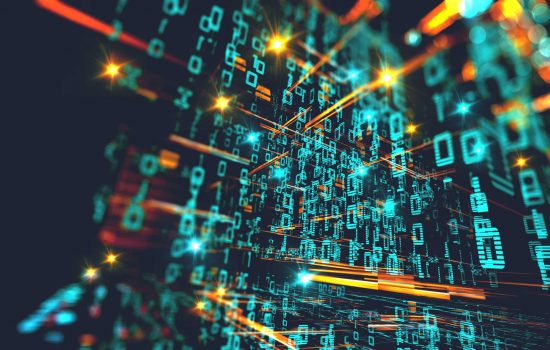