One of the biggest constraints for onshore productivity in oil and gas is pipeline corrosion, estimated to cost £1.5tn globally. Now, the application of digital sensors is helping to significantly reduce the cost of monitoring the deterioration of metal, and the risk of catastrophic and costly failures.

Corrosion is estimated to cost about £1.5tn globally – approximately 3.5% of global GDP, according to research by NACE International, the Worldwide Corrosion Authority.

The figure is alarming, yet doesn’t account for the indirect costs of shut-downs, work stoppages or lost productivity. Taking those into, the figure is estimated to be almost twice as high.

According to GE Measurement and Control, corrosion prevention, corrosion management, and corrosion monitoring are the main three corrosion solution categories, with able to be applied in almost every situation to help lower or eliminate the costs of corrosion.

GE has developed a Predictive Corrosion Management app running on its platform for the Industrial Internet, Predix, which utilises RightTrax PM digital sensors. The app measures and monitors wall thicknesses in real-time, enabling engineers to move from point-in-time to continuous thickness measurement, while advanced data analytics can help detect a systems weak points.

While attending GE’s recent Mind + Machines Europe in Berlin, Tara Merry, senior product manager for GE Oil & Gas, explained to The Manufacturer: “There are about 150,000 thickness monitoring points in a refinery, which must be inspected regularly.

“Any downtime of a refinery costs $1m a day. The downtime rate is around 13%, of which 7% are unplanned dead times. The main challenge is to turn that unplanned downtimes into predictable, which translates into avoidable downtimes.”

Moving one step further from evaluating the technical condition of pipelines, soon GE will launching IntelliStream – software designed to increase efficiency and profitability, while reducing cost and managing resources.

Through IntelliStream, oil and gas manufacturers will be able to to track and trend not only the health of their equipment, but the production flow and well patterns, by using correlation analysis, multi-axis well history, interactions and dependency analysis.

This sort of data-enabled digital transformation has become increasing prevalent in manufacturing and engineering, as well as almost every other industry.

As GE’s Jennifer Schulze explained to The Manufacturer: “The biggest change the digital transformation brings about to every company is the ability to optimise processes for more intelligent decision making. Digital transformation will affect the working environment of the employees so significantly that the themselves will be able to see the future before it happens.”

Digital transformation in the oil and gas industry could enhance productivity by as much as 5% – 8% more barrels of oil per day per well through technologies such as  digital sensors, according to GE. 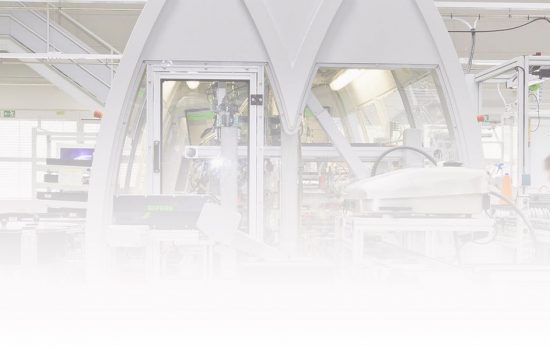 Unlocking the potential of industrial digitalisation with 5G