The story of Nishant Raj, Industry 4.0 lead at a global manufacturer, clearly shows that the miscommunication between government and industry over work visas needs to be addressed if the UK is to ever going to solve its skills gap.

According to a British Chambers of Commerce (BCC) report, 81% of manufacturing firms said they had difficulties recruiting the right staff in the last quarter of 2018.

The Office for National Statistics also reports that at the end of last year, the number of unfilled positions in the ICT sector rose by almost 25%, compared with the same period a year ago. This comes as digital skills become crucially important to manufacturing.

Raj’s own experience expose that talent isn’t being leveraged, and even more alarmingly there are major miscommunications between government and industry over work permits.

He is part of the team at industrial dispensing and metering solutions provider, Atlas Copco IAS, and was nominated for the Young Manufacturer of the Year award at The Manufacturer MX Awards 2018.

Originally from India, Raj moved to the UK to study engineering at Coventry University, before interning at Atlas Copco and working his way toward his current position.

He explains though that industry and universities need to support international students further as there is talent to be utilised. “This is such a fulfilling industry. But there was no guide pack available for me to follow, it was only because I was determined and took initiative that I got a job. There is a gap between industry and universities, especially for international students,” he says.

Raj continued: “There are more than enough motivated students who want to work in industry, and given the skills gap there is in the UK, there should be a way to leverage the talent much better.”

He told The Manufacturer about the blunder between industry and government regarding visas and how this means many are lost to the system. “When you are a graduate, you can only get a job if the company sponsors your visa and they must have a sponsorship license to do so, you then have just three months after graduation to get a job.

“When I spoke to one international company in an interview, they said that they expected me to get my own visa. I had to tell them that that isn’t really an option because the government requires you to have your visa sponsored by them. However, the company said you need a visa first to get a job.”

Read more exclusive interviews when you sign up to TM’s newsletter!

If there are not enough diverse people in a business, then problems like this might not be recognised. Raj is working with universities and bridging the gap between international students and industry. But if he wasn’t driving this cultural change, perhaps there wouldn’t be anyone else to do so.

He says: “If you come from Asia or India like me, it is a very different mind set. When I came to the UK, everything I learnt in my first year of Uni I had already been taught, being able to apply that would’ve been a lot more useful to me. Even understanding what happens in global companies is valuable. How can these businesses communicate with undergraduate students during the course of their degree though?

“I am working with universities and am trying to build the network between the two because companies are short of people. They want to solve innovation problems, but to do this we need people with fresh perspectives and new ideas.”

Raj’s advice to people in a similar situation? “My advice to international students is be persistent and take initiative. Try to identify opportunities in industries you would like to work in. Your own initiative can go further in making an impression than marks. Try to identify relevant trends in industry and self–learn using e-learning resources that won’t be taught in university.” 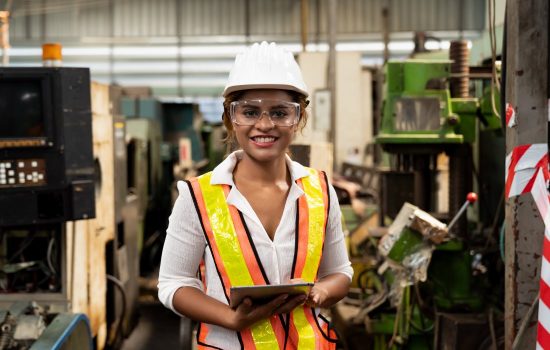