Renewable energy company Drax has announced that it aims to source 80% of the construction materials and services needed to deliver its climate saving negative emissions technology bioenergy with carbon capture and storage (BECCS) from the UK supply chain.

The 80% ambition includes all construction materials needed as part of the deployment of the multi-billion-pound project such as steel, pipes, heat pumps, electricals, and insulation, as well as the support services involved in delivering such a large project.

In doing so, BECCS at Drax has the potential to deliver hundreds of millions of pounds worth of contracts for British businesses. As well as this, BECCS will protect and create over 10,000 jobs across the Humber, decarbonising one of the UK’s most carbon intensive regions as part of the East Coast Cluster, whilst developing green skills, kickstarting new industries and helping level up the North.

Will Gardiner, Drax Group CEO, said: “BECCS will play a vital role in enabling the UK to reach its legally binding net zero target, as well as saving the energy system billions of pounds in the process.

“Our ambition is to put the UK supply chain at the heart of delivering this crucial climate saving technology and by doing so we’ll create and protect thousands of new jobs, kickstart new industries and help level up the UK.”

The announcement comes as Drax launches the first in a series of nationwide supplier events. Run in partnership with the West & North Yorkshire and Hull & Humber Chambers of Commerce, and organised by business support organisation NOF, the event series will enable new and prospective suppliers to learn more about the BECCS project, as well as how they can be involved in delivering this vital negative emissions technology.

A formal public consultation on Drax’s BECCS plans will take place in November, when stakeholders including local communities will be able to learn more about the proposed project and provide their feedback as part of the planning process.

Work to build BECCS at Drax could get underway as soon as 2024, with the first BECCS unit operational in 2027 and a second in 2030, delivering the world’s largest carbon capture in power project and making a signification contribution to the UK’s decarbonisation targets.

Businesses interested in finding out more about Drax’s plans and attending its nationwide supplier event series, taking place throughout 2022, can email [email protected]

Drax will be a key part of Smart Factory Expo at this year’s Digital Manufacturing Week. 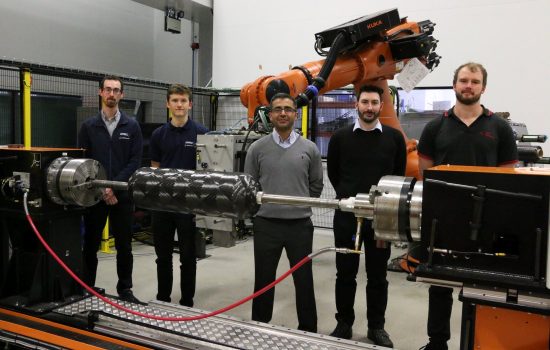