Driverless cars promise safer roads, less congestion, more free time for drivers, and independence for those currently unable to drive – but what will the reality actually look like? Dr Stewart Birrell reports.

Anyone buying a new vehicle today will see there is already a staggering level of connectivity and autonomy in our cars compared to just a decade ago. However, to be classed as ‘fully autonomous’, driverless cars would need to be capable of carrying out all the operational functions of a traditional vehicle, without the need for a human operator.

A truly connected car would connect to devices within the vehicle, as well as external networks such as the internet. This could provide system diagnostics to your garage, directions to the nearest parking space in real time, or instigating an immediate roadside assistance response in the event of an accident.

The opportunities for OEMs, suppliers and small businesses afforded by the new technologies are huge. New technologies may also mean new business models and new start-ups. A survey by the Society of Motor Manufacturers & Traders (SMMT) has predicted this would lead to an industry worth in the region of £51bn a year, and the creation of 320,000 new jobs in the UK.

With the expected economic and social benefits so high, and the rapid progress being made in the technology, connected and autonomous vehicles are coming to market whether the majority of real car drivers actually want it or not. 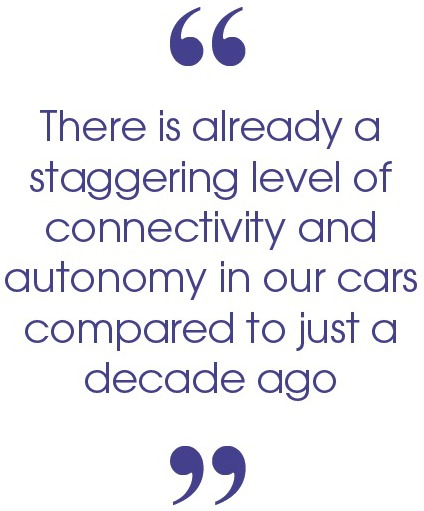 However, where developments are being driven by a technology push rather than a consumer pull, there is a real risk that testing and validation of the robustness and trustworthiness of automated systems will lag behind.

At the same time, if consumer needs and response behaviours regarding the technology are not properly considered, it will be that much harder to create products that the public will trust and use.

People are generally receptive to the technology, and certainly intrigued by how it is developing, but react in different ways. Early adopters have a tendency to trust the technology a little too much, like the Tesla drivers who have posted videos of themselves doing other tasks, when they should be monitoring the ‘autopilot’.

Whereas the majority of ordinary drivers are very unlikely to use these technologies if they became freely available today because they don’t have enough experience to trust them. Surveys have shown that most vehicle owners don’t even use the features they do have, such as cruise control or lane keep assist, and many say they just do not want driverless cars. The automotive industry is going to have to make a concerted effort to change their minds.

At WMG (Warwick Manufacturing Group) our research is focused at the applied level, with the clear goal of facilitating technology transfer and knowledge creation for industry. We are testing the technology to ensure that it is not only safe and robust, but also that real end users are involved in all stages of development.

Two industry-led projects we’re currently working on are to speed up the validation and safety case for autonomous systems, and to create a ‘connected corridor’ of roads in the West Midlands where connected cars can be trialed.

Another area, which interests me personally, is ‘driver state monitoring’, or DSM. This is where the driver is monitored when inside the car to determine, for example, if they are sleepy, or not paying attention to the road.

With this technology, there is the potential to personalise warnings, reducing the amount of alerts which would annoy the driver, thereby encouraging their use and preventing accidents caused by the drivers’ reaction to the safety features themselves. 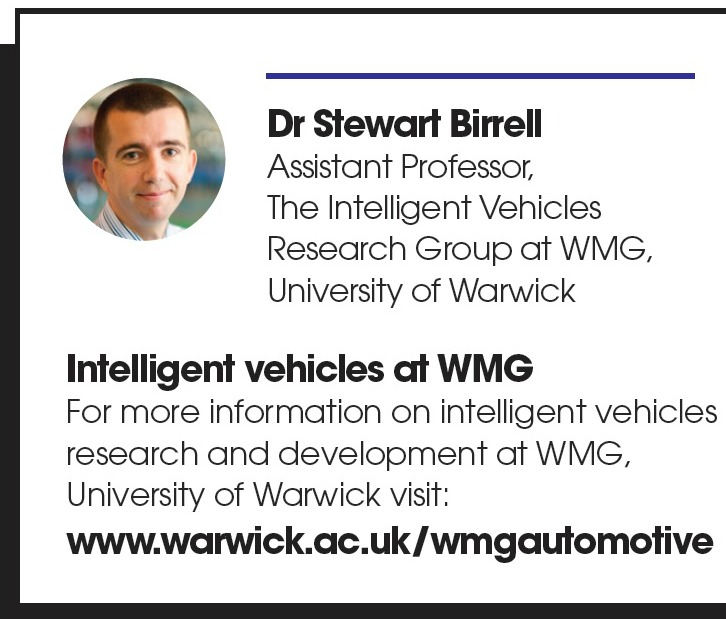 DSM systems will be a common feature in premium vehicles within a few years, but the huge adoption of smart watches and fitness trackers means that much of this ‘state’ data is being collected anyway. Incorporating this, instead of expensive embedded sensors would make DSM affordable for many more drivers.

In an autonomous car, current research suggests a driver would need 8-10 seconds to take back control in an emergency. If the DSM system knows you are not aware, i.e., that you are distracted, or even asleep, then the car could warn you earlier, or apply the brakes for you rather than passing control back to a distracted driver.

Of course, there are other challenges to be solved before driverless cars take up residence on our roads, including clarification of legal and ethical frameworks. In the event of an accident, who is liable? Is it the driver, the software creator, or the manufacturer?

The law currently requires a human to be in control of his/her vehicle at all times. How would the law need to change before driverless cars can be accepted? With fully connected systems could a car, or even an entire road system be hacked?

It’s only by working on all these areas together, involving not just manufacturers but end users, insurers, lawmakers, and the general public who will encounter driverless cars, that we can create a safe and efficient future of intelligent vehicles. 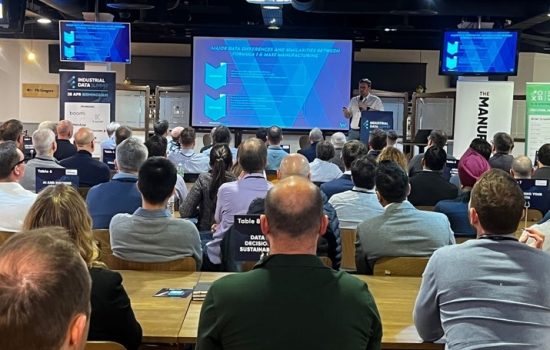