Posted on 6 Feb 2018 by The Manufacturer

Dura Automotive has risen to public recognition as a world-class manufacturer in the highly competitive automotive sector.

Steven Barr talked with Alison Dowd, Martin Dinsley, Mark Grove and Stephen Haigh about the importance of people in their march to manufacturing excellence.

Winning the ‘People & Skills’ and ‘World Class Manufacturing’ categories might have been a coincidence.

One is about the culture of the business and investment in personal development, and the other covers all aspects of manufacturing operations.

But Dura Automotive was the worthy winner of both categories, against strong contenders, in 2016 and again in 2017. So what is the connection?

I was one of the judges of Dura’s entry for World Class Manufacturing. We were struck by the engagement of people on the factory floor and in the office in bettering the way things are done.

Lean manufacturing is a key feature according to Alison Dowd, senior manager for continuous improvement in Europe and Asia. Many employees and temporary staff are trained in Lean techniques.

Nearly 400 Kaizen improvements were recorded in 2016/17, that’s roughly four per employee, delivering direct savings of around £150,000. All employees are targeted to identify Kaizen opportunities, and the best are rewarded with [substantial] monthly prizes.

“Not all businesses need a good culture to succeed, but the best companies seem to have the best reputations for looking after their people,” says Dowd.

Martin Dinsley is a relative newcomer, having started in 2012 at Dura. He is now the Birmingham plant manager.

The company was good in many ways back then, but it has taken strong leadership and investment in people over many years to build up the complete package.

The Dura Operating System has 29 key elements giving a coherent framework for the efforts of individuals in all areas of the business.

Dinsley highlights the importance of backing people with training and opportunities so they can fulfil their potential, allowing them to make mistakes and learn from them.

A culture of support and teamwork

Dura’s Birmingham base is physically close to the heart of the UK’s automotive industry, including customers and competitors. And this could be a challenge when it comes to recruiting and retaining capable people.

Dura’s attrition rate has been exceptionally low for the manufacturing sector, so what is their secret?

According to Stephen Haigh, one of the manufacturing unit team leaders, Dura’s team culture and support for personal development is a major factor.

It might be possible to earn more elsewhere, but teamwork and progress matters a lot to the kind of people who have made Dura successful.

Haigh says, “I’ve never worked with another company as focused on its people as Dura is. It feels like family rather than a set of functions.”

Martin Dinsley monitors nearly 100 performance indicators, covering everything from power usage and landfill waste up to productivity and accident/incident stats. Dozens of projects are rated against KPIs in Dura’s balanced scorecard with objectives cascaded down to individuals through their line managers.

One of many success stories relates to waste reduction. Dura now sends no material at all to landfill, with all physical waste going for recycling which heavily contributed to Dura Birmingham receiving the prestigious Honda Green Award in 2017.

On the factory floor there is relentless effort to reduce scrap, which can’t be reprocessed due to the high quality standards set.

With a 27% scrap reduction from 2016 to 2017 Mark Grove is a process technical supervisor who focuses on driving down the rate of scrappage and the cost that goes with it.

Grove is always accessible on the factory floor, and his response when things go wrong is to ask the operators who know the conditions better than anyone. Blame-free reporting has been a particularly important element of the Dura way.

Of course, Dura does not only invest in its people. Automation has steadily increased and has helped to boost productivity (without substantially impacting staff numbers). But since their win in 2016, Dura improved their processes and systems still further to win World Class Manufacturing again in 2017.

New data acquisition software was introduced and made available on strategically placed monitors and on mobile phones. Startlingly, all this was developed by Dura employees!

Grove points out that this ensured the data systems were built around the existing machinery and operations, and suited to the needs of operators and management.

Once again, we can see that the attitudes of Dura’s people are instrumental in their world class manufacturing achievements.

Does all this attention on the details, the things that people do, contribute to the kind of performance scrutinised by the Board? Yes.

In a highly competitive market Dura is financially stable, productivity increased by 3% in 2016/17, costs of energy as a percentage of sales fell by 18% and accidents and incidents reduced by 45%.

I’m leaving one of the most remarkable features of Dura’s people culture to last. Their interest in trying out new things and ‘learning by doing’ means their doors are open to other companies who want to build their capability.

Early in their journey to world class manufacturing, Dura visited and learned from one of the previous winners. Now they regularly host others, including competitors, exchanging tips and experiences.

If you are inspired by this brief success story to want to learn more, and contribute your own perspectives then Alison and Martin and the Dura team would be pleased to hear from you.

Dr Steven Barr is a chartered engineer and expert in manufacturing business strategy and performance.

He is the managing director of Hennik Edge, The Manufacturer’s networked expert advisory team, and is an active contributor to university research on collaborative decision-making. Steven is a member of several industry panels promoting the adoption of digital technologies and new business models in manufacturing. 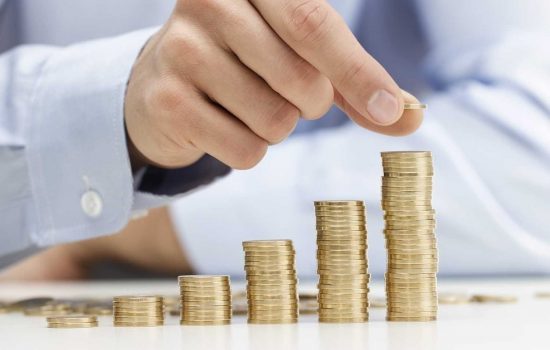