Salop Design & Engineering has taken a proactive approach to the country’s skills shortage, and is urging other manufacturers to follow suit.

Salop Design & Engineering has been supplying metal pressings and assemblies in the UK for more than 50 years. Employing around 100 people at its modern factory just outside Shrewsbury, the business’ spread of core markets – from automotive to white goods – would appear to offer a firm footing for growth.

Yet, the prospects of any future expansion could have been hampered by the UK’s endemic skills gap. Recognising such a prospect, the company adopted an ardent take-charge approach to address the issue head-on.

In 2015, Salop Design & Engineering engaged with other local businesses to explore new schemes to encourage young people to view manufacturing as a viable, rewarding career path.

In honour of this commitment, the company took the significant decision to renovate one of its buildings to make way for a brand-new, custom apprenticeship and training centre. The building houses the new apprentices as they work to complete their Level 2 and 3 NVQ’s under the guidance of experienced staff.

Commercial director for Salop & Design Engineering, Christopher Greenough is leading the charge to change the public image of both apprenticeships and the manufacturing industry in general.

In a recent conversation with The Manufacturer, he notes: “I believe apprenticeships really are the future, and the best way for people to get into engineering”.

Currently, Salop has 36 apprentices onsite, all of which spend two days a week in the training centre, and three days working in various manufacturing companies around Shropshire. Salop & Design Engineering has taken on five of the apprentices to be a part of its own workforce.

Christopher Greenough was named as an Exemplar in The Manufacturer Top 100 2016 report – an annual list of the 100 greatest people working in UK manufacturing.

Now entering its fourth year, The Manufacturer Top 100 project publicly recognises the most dynamic leaders and innovators in manufacturing, helping to dispel the myths surrounding industry and draw young people into the sector.

Nominations are open for The Manufacturer Top 100 2017, and those named within the report will be revealed at a glamorous evening of celebration on 15 November in Liverpool.

This year, The Manufacturer Top 100 is sponsored by Salesforce and Autodesk.

Visit the TheManufactuerTop100.com to nominate your manufacturing hero.

Greenough is a strong advocate of apprenticeship pathways, having completed one himself, yet he is equally open-minded to the individual nature of people. He says that there is still a need for people to stay on at school and to explore traditional educational pathways, however, that may not be right for everyone.

He explains to The Manufacturer that, indeed, even the apprenticeship pathway may not be for everyone, but in his experience, when someone does find their place within a vocational setting, they tend to thrive.

Greenough is keen to maximise the potential of younger generations and wants to see a greater amount of hands-on, practical education offered in schools and colleges. The amount of students leaving school with average grades may be a reflection that traditional, classroom-based teaching wasn’t the right technique to inspire them.

The binary choice between apprenticeship or degree has also been removed, thanks to the introduction of so-called ‘degree apprenticeships’ in September 2015. Yet Greenough feels not enough is being done to promote them to the people who’d benefit most.

Earlier this year, the government’s Apprenticeship Levy came into force, obliging firms with wage bills of more than £3m to pay 0.5% of that bill towards funding the creation of three-million new apprenticeships. An worthwhile cause, but Greenough worries that the result will be a glut of available places, but a lack of applicants – a hang-up of society’s outdated perception of manufacturing.

“How can teachers educate students, and parents encourage such a pathway when neither fully understand what the UK manufacturing industry actually does?” he questions.

Greenough would like more to be done to get engineering businesses working with schools to demonstrate exactly what apprenticeships and manufacturing can offer. Salop Design & Engineering, as well as several other Midlands companies, work closely with schools to organise student tours and the chance to gain a valuable insight.

As well as getting young people excited about industry, the tours also serve to help educate teachers and parents. That’s vital, according to Greenough, who believes that it’s often adults who influence a young person’s decision.

It’s so vital, Greenough would like to see teachers undergoing a week of work experience themselves, rather than just students. That way, they could gain a deeper experience and appreciation of what manufacturing and apprenticeships can offer.

He comments: “The realities of the drastic changes that have overcome the industry haven’t caught up to the public. It’s a much cleaner and more interesting environment. There’s positivity in the manufacturing sector and we need to keep pushing ahead.”

His greatest concern is schools are offering apprenticeships as a last resort to those failing other pathways. Rather than seeing it as a fall-back, Greenough would much rather individuals come to Salop Design & Engineering – or any company – because they are hard-working, enthusiastic about the opportunity and will add value to the business. 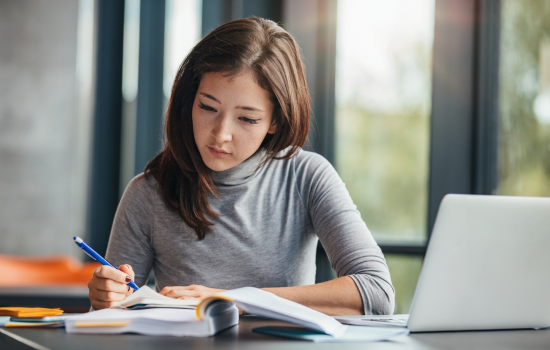