Read TM in full online by accessing the digital edition of the magazine. 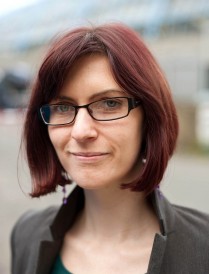 In April, GE Oil & Gas was one of companies to announce the creation of significant numbers of new jobs thanks to investment for additional capacity.

Such news is, of course, welcome.

Indications of growth and confidence must be celebrated, and let it not go unsaid that last month the CBI recorded its highest measure of manufacturing confidence in the UK since 1973.

But while I’m reluctant to be labelled a nay-sayer, creating more jobs is not the be all and end all of economic recovery – a fact clearly shown by the Office for National Statistics’ Economic Review, which was also released in April.

This publication drew attention to some worrying trends in UK productivity which must be addressed if Britain is to compete as an industrialised nation in the long term.

Today, overall productivity in the UK is almost four per cent below its prerecession level and 21% below the average productivity level across the G7 nations.

Moreover, ONS shows where there has been regrowth in productivity since 2008, it has tended to be due to a reallocation of jobs from less productive industries to those with higher levels of output per hour – a much less sustainable way to raise productivity than by making methods of production more efficient and effective.

The UK’s productivity puzzle has been targeted for resolution in 2014 by bodies like EEF, MAS and Cranfield University. The latter has this year dedicated its National Manufacturing Debate to the subject.

A report to be published by Cranfield this month will shed more light on the role of manufacturing and its various subsectors in boosting or hamstringing productivity growth. It aims to spark discussion on the implications for industry leaders.

The interaction between technology and productivity in the light of UK investment culture will undoubtedly form a core theme within this report.

Britain has had an enviable surge of confidence so far in 2014 with strong output and orders recorded in multiple surveys.

However, we have still not seen the tantalizing investment intentions promised in these same pieces of research translated into reality throughout UK industry. Without a widespread refresh of the sector’s technology base, the UK cannot hope to close its productivity gap with the G7.

Recent advances in automation technologies to make them more flexible and accessible than before have multiplied the scope for productivity gains, as TM’s Automation Advisory Board has been keen to show its case studies.

However, production technologies are not the only way to boost productivity.

IT investments like ERP systems and business model innovations can have a big impact too and manufacturers will hear about some of the most convincing examples of this at ERP Connect and Aston Business School’s Spring Servitization Conference this month.

I look forward to seeing you there.