Posted on 16 Feb 2018 by Michael Cruickshank

An ambitious Chinese project to build a so-called 'drone taxi' has now progressed to the point where manned trials have begun.

The Ehang 184 incorporates many of the design principles of quad-copter drone craft used by hobbyists and photographers around the world, however significantly scales up the size to the point where it can carry a single human passenger.

Powered by electric batteries and no less than eight propellors, the craft is cables of short (under an hour) flights across urban areas.

Moreover, the Ehang 184 is flown completely autonomously, meaning the person within the craft does not need to be licensed to fly an aircraft.

While when the aircraft was first unveiled several years ago it was widely regarded as unrealistic and unsafe, Ehang has made steady progress with their drone taxi concept and have added safety features like remote piloting.

Now the company has achieved yet another first, revealing that for the last few months it has been carrying out piloted trials of the craft.

So far the aircraft has carried over 40 passengers, including the deputy mayor of the Guangzhou, in a number of different conditions.

“Performing manned test flights enables us to demonstrate the safety and stability of our vehicles,” said Ehang CEO Huazhi Hu.

“What we’re doing isn’t an extreme sport, so the safety of each passenger always comes first. Now that we’ve successfully tested the Ehang 184, I’m really excited to see what the future holds for us in terms of air mobility.”

Moreover, the company has also revealed the existence of a larger two-person configuration of the craft with a payload capacity of 280kg, powered by 16 rotors. This craft has also advanced to the point where they are also using it for manned flights.

Nonetheless, Ehang still has a ways to go before it can commercialize its technology and expects to conduct many more test flights before it can get regulatory approval. 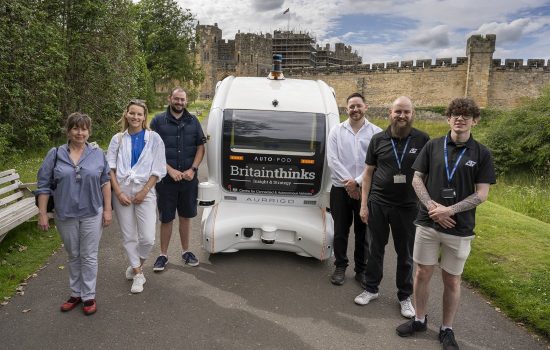