Exponent Private Equity, the firm that owns the meat-free food range Quorn, yesterday announced its acquisition of the The Loch Lomond Distillery Company for an undisclosed sum. 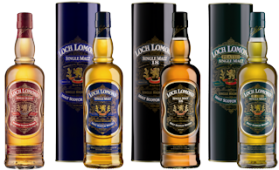 Under the terms of the acquisition, The Loch Lomond Distillery Company’s assets have been acquired by the newly formed Loch Lomond Group, in which Exponent owns a majority stake, with the management team also investing in the venture.

Exponent has a portfolio of businesses ranging across a number of sectors including retail, media and financial services, and specialises in identifying and investing in businesses with strong growth potential working with effective management teams to realise that potential.

The management team at Loch Lomond Group is headed up by Colin Matthews as CEO. Originally from Glasgow, Colin was previously responsible for leading Imperial Tobacco’s businesses in Africa, the Middle East, Asia and the Indian sub-continent. Former Diageo Chief Financial Officer Nick Rose will chair the new business.

Outlining the rationale behind the acquisition, Colin Matthews explained: “Loch Lomond, Glen Catrine and Glen Scotia have built a sound business platform with brands that perform well in the UK and in a number of international markets.

“The growth of the Scotch whisky industry in recent years offers a great opportunity to develop further the Loch Lomond business, to refresh and expand the product portfolio, and to move into a number of new international markets building on the excellent progress the company has already made.”