The CBI’s annual skills report Ready to grow: business priorities for education and skills, based on a survey of almost 700 employers, says half of employers are worried there will be a lack of suitable graduate level candidates while a third say intermediary candidates – A level standard – will be thin on the ground as well.
Manufacturers were the largest group among 45 per cent of respondents who said even now they are struggling to recruit new employees with science, technology, engineering and maths (STEM) skills. Nine out of ten manufacturers said they value graduates with these skills.
“Our survey shows businesses want tomorrow’s workforce to be at the top of the new government’s policy agenda,” said Richard Lambert, director-general of CBI. “As we move further into recovery and businesses plan for growth, the demand for people with high-quality skills and qualifications will intensify.
“In the future, people with qualifications in science and maths will be particularly sought after, and firms say it is already hard to find people with the right technical or engineering skills. The new government must make encouraging more young people to study science-related subjects a top priority. Businesses can help by showing that these skills lead to exciting and rewarding careers, helping to tackle the big challenges, such as climate change and energy security.
Other findings in the report include:
• Two-thirds of businesses (63%) see investment in skills as very important to their strategic objectives and future growth
• Around 50% of businesses are concerned about their current workforce’s basic numeracy and literacy
• More firms this year (48%) than last (39%) say improving leadership and management skills is a key priority
• Bureaucracy related to government funding for training was cited as an issue by 75%
• Half of employers want support for higher and intermediary skills provision – something the CBI says shows “a troubling mismatch” between supply and demand
• Employers awareness of Sector Skills Council’s remains low. Two fifths don’t know their SSC; a quarter are dissatisfied with the service they provide.
• Private training providers are used by 82% of businesses. Further education colleges are used by 37%.
• Just over half of businesses are involved in apprenticeships though participation is lower among SMEs. Of manufacturers, 56% are running schemes. Businesses suggest incentive payment should be provided for training apprentices and that large firms should be supported in training more than they need in order to feed them through to SMEs. 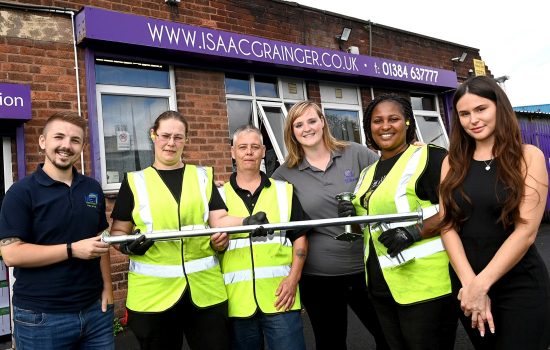