Full Mini MOKE production to return to the UK

The revived Mini MOKE recreational vehicle will be built entirely in the UK following a new agreement with manufacturing firm Fablink.

Popularised by the likes of The Beatles, The Beach Boys and Brigitte Bardot, the MOKE was a sixties icon. The original Mini-based beach buggies were made at British Motor Corporation’s (BMC) Longbridge plant in Birmingham between 1964 and 1968 before production moved abroad and then finally ended in 1993.

Having acquired the MOKE trademark and global distribution rights in 2017, MOKE International began reviving the small soft-top. Since its relaunch in 2020, the MOKE has been engineered in Britain but manufactured in France. Now, that’s about to change.

Going forward, all MOKEs will be built at a state-of-the-art facility operated by Northamptonshire-based UK automotive manufacturing company Fablink Group.

Fablink, which also carries out manufacturing and engineering work for automotive manufacturers including Jaguar Land Rover and Morgan, currently has around 700 employees across six UK production sites. 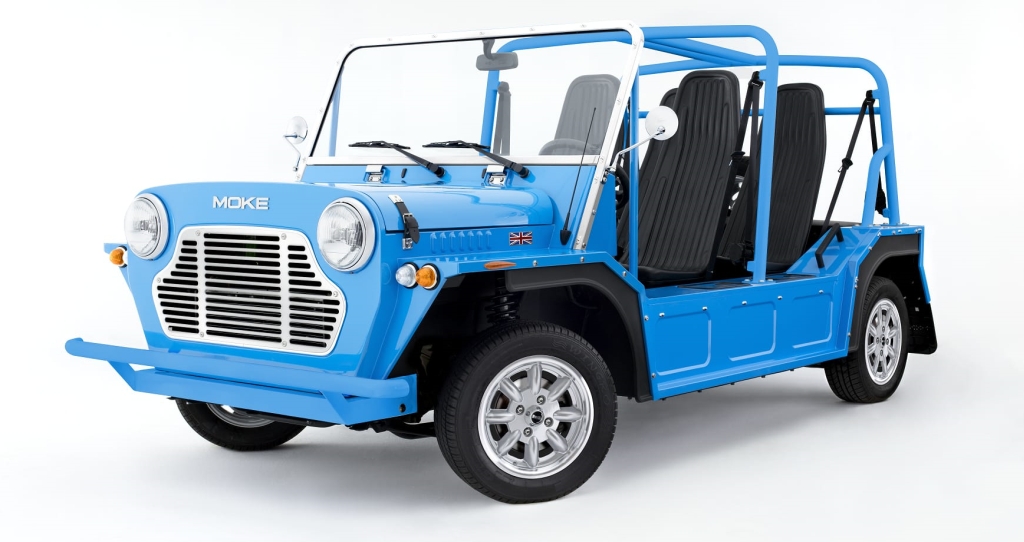 According to MOKE International, restoring production to the UK was made possible by government grant funding from the Niche Vehicle Network, as well as the recent UK-EU tariff-free trade deal, which allows purely UK-produced models to be exported to the European Union.

Isobel Dando, the CEO of MOKE International, said: “The return of full MOKE production to British shores represents a homecoming for one of our nation’s best-loved icons.

“Since reviving the marque in 2017, we have re-captivated existing enthusiasts and introduced an entirely new generation to MOKE’s perfect combination of fun, utility and open-air thrills.

“This has been reflected in significant demand from our home market, affirming our plans to light up beach resorts around the world through the global market introduction of the ultimate waterfront-to-beach house vehicle.”

*All images courtesy of MOKE International