Getting under the hood of Predix Manufacturing Data Cloud

The Manufacturer sits down with Bernard Cubizolles, Senior Global Marketing Manager at GE Digital, to learn how.

Predix Manufacturing Data Cloud (MDC) is described as the ‘first of its kind solution purpose-built to consolidate and transform manufacturing data across plants for enterprise cloud storage and analysis.

Used in concert with a manufacturing execution system (MES), Predix MDC has been designed as a response to the fact that most manufacturers are barely scratching the surface when it’s comes to realising their data’s full potential.

“Predix MDC delivers the power of cloud computing to manufacturers, taking the burden of heavy compute loads out of the plant, enabling users to aggregate data from across the business and run analytics that can uncover new insights and unlock even greater efficiencies,” says Bernard.

“You don’t have to worry about how you’re going to structure the data, it does that for you; it also handles all of the communications and notifications, and does it all in the fast, safe, protected way inherent to cloud.”

By offering manufacturers a secure, reliable way to gather and store data in the cloud, Predix MDC is already dramatically accelerating process implementation, according to Bernard.

“P&G are one of the world’s largest manufacturers of consumer packaged goods and a long-time user of GE Digital’s Plant Applications Manufacturing Execution System (MES). They are now using Predix MDC to transfer manufacturing data and run powerful analytics in the cloud.

“P&G’s goal was to conduct plant-to-plant comparisons, even down to comparing production lines or individual machines, in order to optimise their efficiency and productivity and ensure that the best-in-class application is being replicated across their international footprint.”

P&G began by connecting just one plant, then quickly progressed to five, then 10, 20, 40, and now they have connected more than 50 plants in a matter of months.

“That’s the beauty of MDC, it’s a proven off-the-shelf product which means you don’t have to rework or map the data manually every time, dramatically speeding up the process,” says Bernard. “It means that within just a few days you can connect your existing MES to the cloud. P&G did exactly that and told us that using MDC saved them 50% in terms of engineering cost and time spent connecting all their plants.”

P&G is a perfect example of an organisation that identified a goal to focus on and then started small and scaled fast. To date, around 150 of its sites are benefiting from have their existing automation layer (HMI/SCADA, PLCs) overlaid with GE Digital’s Plant Applications MES.

Its business’ next step was taking all this MES data and consolidating it in the cloud using Predix MDC to provide a holistic view of their entire operation.

P&G moved swiftly from having visibility into individual assets and machines via HMI/SCADA, to a MES-enabled plant-wide view to optimise assets at the site-level, and then using the power of cloud to scale that across their entire organisation.

This doesn’t represent the end of P&G’s journey because process optimisation is an ongoing process, according to Bernard. Rather than thinking of this digital journey as a straight line, it should be viewed as a continuously flowing circle, encompassing: automation, digitisation, connectivity, visibility, optimisation and innovation.

Increasingly, IT teams are being told that they have to be able to support, and not inhibit, innovation. An industry cloud platform like Predix MDC can become the foundation for that support. The end result is IT and operations supporting innovation through a platform that secures data and provides rational access to operational data.

Interoperability is the unrestricted, often automated, sharing of information between different digital systems and software, regardless of provider

As manufacturers increasingly operate fully connected operations, the need for interoperability has become a front of mind issue – both for industrialists and technology partners.

For GE Digital, interoperability is a core pillar in its approach. The company is a founding member of the Industrial Internet Consortium (ICC), a not-for-profit group that focuses on developing use cases and test beds, sharing best practice, reference architectures and case studies, and influencing global standards development.

“It is essential that our software is open, and adopting it doesn’t mean replacing every legacy asset, system or piece of equipment you currently have,” says Bernard.

One of the big fears leadership teams express is around disruption and potential interruptions to production that cause delays to customer deliveries.

“Your plant may not be fully optimised right now, but it is running. We certainly don’t want to come in and deploy a solution that upsets that,” Bernard adds. “Our approach is to layer a solution on top of existing applications without disrupting what’s already working, keeping what works and improving what isn’t.”

“GE Digital benefits from a powerful differentiator,” Bernard concludes. “We can provide, and interact with, every layer of software from the plant floor to the cloud; PLCs, sensors, HMI/SCADA, MES, the MDC and the full capabilities of asset performance management (APM) and predictive maintenance.” 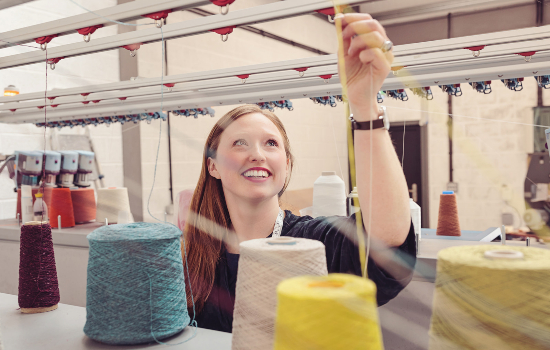