Britain now boasts 315 distilleries in the UK – more than double the number that were operating across the country five years ago, a new study has revealed.

A total of 49 new distilleries started up in 2017 – seven closed – which adds a further 42 distilleries to the total number operating in the UK, new HRMC figures have revealed.

Twenty two of these were in England and a further 20 opened in Scotland, four more opened in Wales and another three set up in Northern Ireland.

Just five years ago, in 2013, there were only 152 distilleries operating in the UK, the majority of which were located in Scotland.

Since then Britain has been in the grip of a ‘ginaissance’ with a record number of bottles of gin sold last year and an estimated 95 different gin brands on the UK market.

Experts are predicting that the growth in UK distilleries will continue this year after the industry received a boost from the Chancellor when he froze spirits duty in his November budget.

Miles Beale, chief executive of the Wine and Spirit Trade Association said: “Gin is the key driver behind the surge in new distillery openings in the UK in the last five years. New gin brands continue to pop up on our supermarket shelves, on a regular basis, as Brits show no sign of tiring of the quintessentially British spirit.

“It wasn’t that many years ago when a pub would stock one gin brand and now a gin menu offering a range of gins and mixers is common place in our pubs and bars.

It is welcome news that another 49 new distilleries opened in the UK last year brining new jobs to the British spirit industry and helping boost Britain’s export potential.

“There is a significant amount of investment going in to the British spirits industry and the Chancellors welcome boost is likely to see this trend continue into 2018 – as well as broadening out into new variations of English and Welsh whisky.”

The region showing the most rapid growth is England which in 2010 had only 23 distilleries and which grew to 135 in 2017, accounting for 56% of all UK openings in the last eight years. London alone now has 24 making it the UK’s gin capital.

While gin has been the main driver over the past 5 years, English and welsh whisky is also contributing to the boom.

James Wright, managing director of Aber Falls Distillery which will begin operating this year, said: “It is an exciting time for the UK spirits industry as people are showing more and more interest in trying new spirit drinks and learning about where these drinks come from and how they are made.

“Our new site in Abergwyngregyn includes a visitor centre and training centre where the public will be able to sign up for our courses in craft distilling.

“We are extremely pleased to be creating a new distillery in Wales which will bring jobs and trade to the local area.”

2017 saw yet another bumper sales quarter for the quintessentially British spirit, according to the Wine and Spirit Trade Association’s latest market report.

Brits have bought over 47 million bottles of gin, a record breaking equivalent of 1.32 billion G&T’s, in the last recorded 12 months. This is up 7 million bottles compared to the same period a year ago.

At the same time, a YouGov poll found gin is the most popular spirit with 29% of drinkers voting it their favourite spirit tipple.

The WSTA market report, released last month, shows the equivalent of over 8.8 million bottles of gin were sold in our pubs, bars and restaurants worth £729m in the same 12 months.

But the majority of the gin sold in the UK is from our shops and supermarkets where 38.7 million bottles flew off the shelves between September 2016 – 2017.

British Gin sales abroad have also seen a meteoric rise in UK food and drink exports with sales now worth more than beef and cereals.

The UK hit its largest ever gin exports in 2016 worth £474m making it the world’s 7th most valuable food and drink export, and growth won’t stop there – the IWSR Forecast Report projects that gin is expected to grow by a further, astonishing 37.2% by 2021.

In the 2017 International Wine & Spirits Competition (IWSC) UK gins received 124 medals. Five of which were Gold Outstanding awards and 12 Gold. 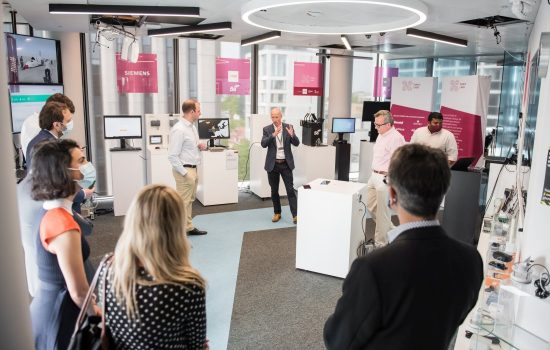