How green is green for manufacturers?

Posted on 17 Feb 2015 by Victoria Fitzgerald

Victoria Fitzgerald updates on the progress of the EU 2030 green emission targets.

Negotiations in Europe to set out a fair and supportive framework for EU green policies are hugely important to manufacturing in the UK, particularly energy-intensive (EI) sectors like steel.

Coupled with its associate metals sectors, the steel industry comprises over 24,000 enterprises and directly employs more than 33,000 people. Additionally it contributes £45.5bn to the UK economy in 2012, and with limited short-term options for reducing emission, steelmakers are extra vulnerable to rising prices.

Steel is vital for many of the UK’s strategic supply chains, playing a paramount role in the UK evolving into a more resource efficient economy.

Concerns lie in whether policy makers who established the 2030 targets and are instrumental in revising the EU Emissions Trading System (ETS) are aware of the challenges faced by EI industries in decarbonising, as well as whether the introduction of a Market Stability Reserve is really the answer enriching the EU ETS. 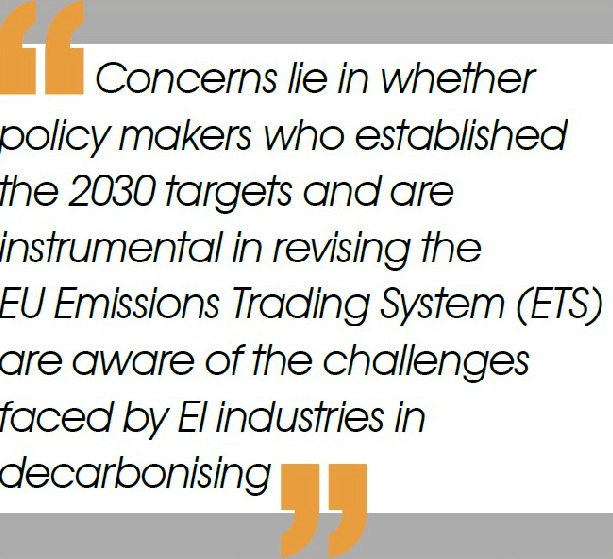 Roz Bulleid, senior climate and environmental policy advisor for EEF told TM: “There are several aspects to turn the 2030 package into a reality. There’s going to have to be a number of legislative proposals from the European Commission, which are not going to be coming out until at least the summer.”

The EU ETS was set up to deliver EU emissions reductions goals in a harmonised and cost-effective manner, however imbalances within the system caused by a large surplus in allowances (emissions permits which represent the right to emit or discharge a specific volume of the specified pollutant), reducing the incentive for low-carbon, and an increase in climate change costs are jeopardising the value of the ETS.

Jos Delbeke, director general for Climate Change Action at the European Commission, in a January debate for Vieuws, the EU policy broadcaster, said: “The ETS has functioned very well over the last couple of years and the prices have dropped very low.

“However, there is now an in-balance and a surplus is now hanging out there. The system must work better and the MSR (Market Stability Reserve) will do that. 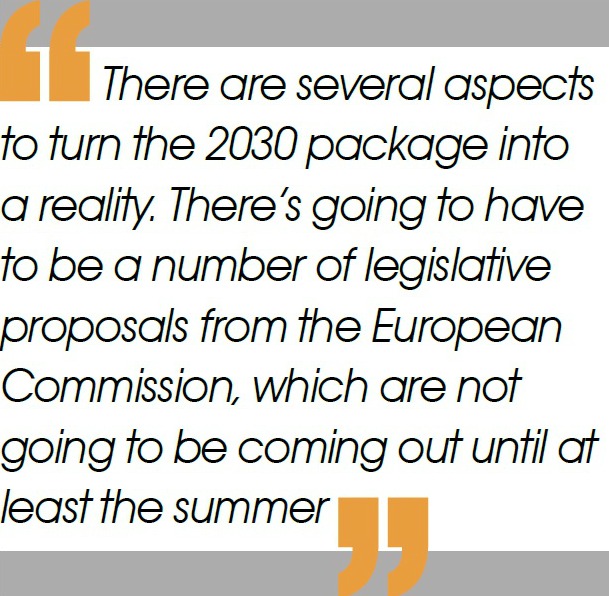 “In addition, over time the number of allowances in the system will be reduced, so the linear reduction factor will increase from 1.74% to up to 2.2%. “We believe that these two things will bring the ETS back to being a central pillar.”

Critics wonder if the MSR is sufficient to address the ‘enormous surplus’. Bas Eickhout MEP Green/ European Free Alliance Shadow rapporteur for the ETS MSR proposal argues that while the MSR will help the situation, “the proposal of the Commission is not good enough”.

He explains: “One of the biggest problems with the MSR, is if it so good, why are we waiting to start in 2021?” Bulleid at EEF is also hoping for an earlier start to begin extra carbon protection provisions. Eickhout also questions how many surplus allowances will should be removed to allow the system to function better.

In addition, it is important to ask how the success of the MSR will be measured, an area that the Commission has remained vague on, with Delbeke retorting that it will be assessed “by doing what it is intended to do”.

All parties are in agreement that innovation and investment in energy efficiency is required to support the effectiveness of the EU ETS. 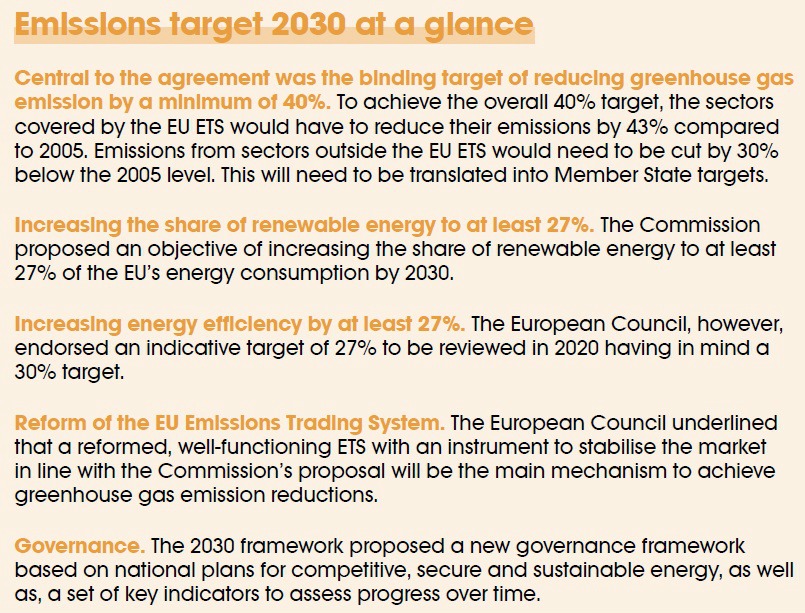 The 2030 conclusions reached in October stress the need to continue free allocation to sectors at risk of carbon leakage beyond 2020 at a level that guarantees the most efficient installations to not face undue costs.

In the steel industry extending current carbon leakage provisions and factoring in price increases produced by the MSR would increase direct ETS costs per tonne of steel to an average of €20.5/tonne (£16.3/tonne) by 2030 and €29/tonne (£23.0/tonne), assuming that the MSR applies from 2021.

According to the EEF’s “UK Steel position on EU ETS carbon leakage provisions – Dec 2014” additional “costs of this scale would be fatal to an industry in which contracts can be won or lost on as little as £5/tonne. Firms would be compelled to discontinue investing and even producing in the UK.”

EEF is pushing for a re-examination of the carbon leakage formula, with “the ultimate goal of ensuring the most efficient 10% of installations in every sector at risk receive 100% if their allowances”.

Talks in Brussels have been dominated by the concept of governance, Bulleid told TM: “This is how to ensure member states meet the targets, particularly on nonbinding energy efficiency.

“We would favour a market based approach, without strict rules on achieving energy efficiency targets, we would be more in favour of allowing the market to find the low-cost option.”

Good governance is integral to a well-functioning market. The European Council agreed that a reliable and transparent governance system will be developed to help ensure that the EU meets its energy policy goals. However, critics are wary that a governance system is not the solution to the problem and instead there needs to be a focus on specific issues like investment into solar and wind energy.

In the summer several legislative proposals from the commission and member states will be released to outline how a reformed EU ETS will be achieved and until then manufacturers will have to accept the situation.

Bulleid concludes: “It’s not an easy picture but there is a technical discussion going on and a much more forward thinking debate about what the ETS looks like, although we are bogged down on carbon leakage, we would like a much bigger review of the scheme and how it works. But for now we are accepting realities.”

What does the strength of the pound really mean for manufacturing?