Henrik von Scheel: In conversation with the ‘Father of Industry 4.0’

Success may have many parents, but Industry 4.0 has only one: Henrik von Scheel. He talks to The Manufacturer about where manufacturing is heading – and why UK industry has a long-term competitive advantage.

Henrik von Scheel developed Germany’s ‘Digital Agenda’ – a national masterplan that was a springboard for the country to initiate the Fourth Industrial Revolution, and which was subsequently adopted by the EU. Who better to explain the genesis of the term that continues to frame any discussion about the future of manufacturing?

“People know me best as ‘Father of Industry 4.0’ – because of my work helping put together Germany’s Industrial Strategy (the ‘Digital Agenda’) in response to the economic crisis the country found itself in.”

Back in 2008, Germany had a productivity challenge that was strangling economic growth, and the government’s response was to get industry, the universities, and government together to create a roadmap for the economy with manufacturing at its centre.

“We got results,” says Henrik. “We saw a 5% increase in GDP in two years – which equated to €660bn / £586bn. Funding was released to industry by government, policies were aligned, tax reductions were put in place. There was a push to improve productivity, but there was support too. No industrial policy has been more effective than in Germany – because everything was aligned.” 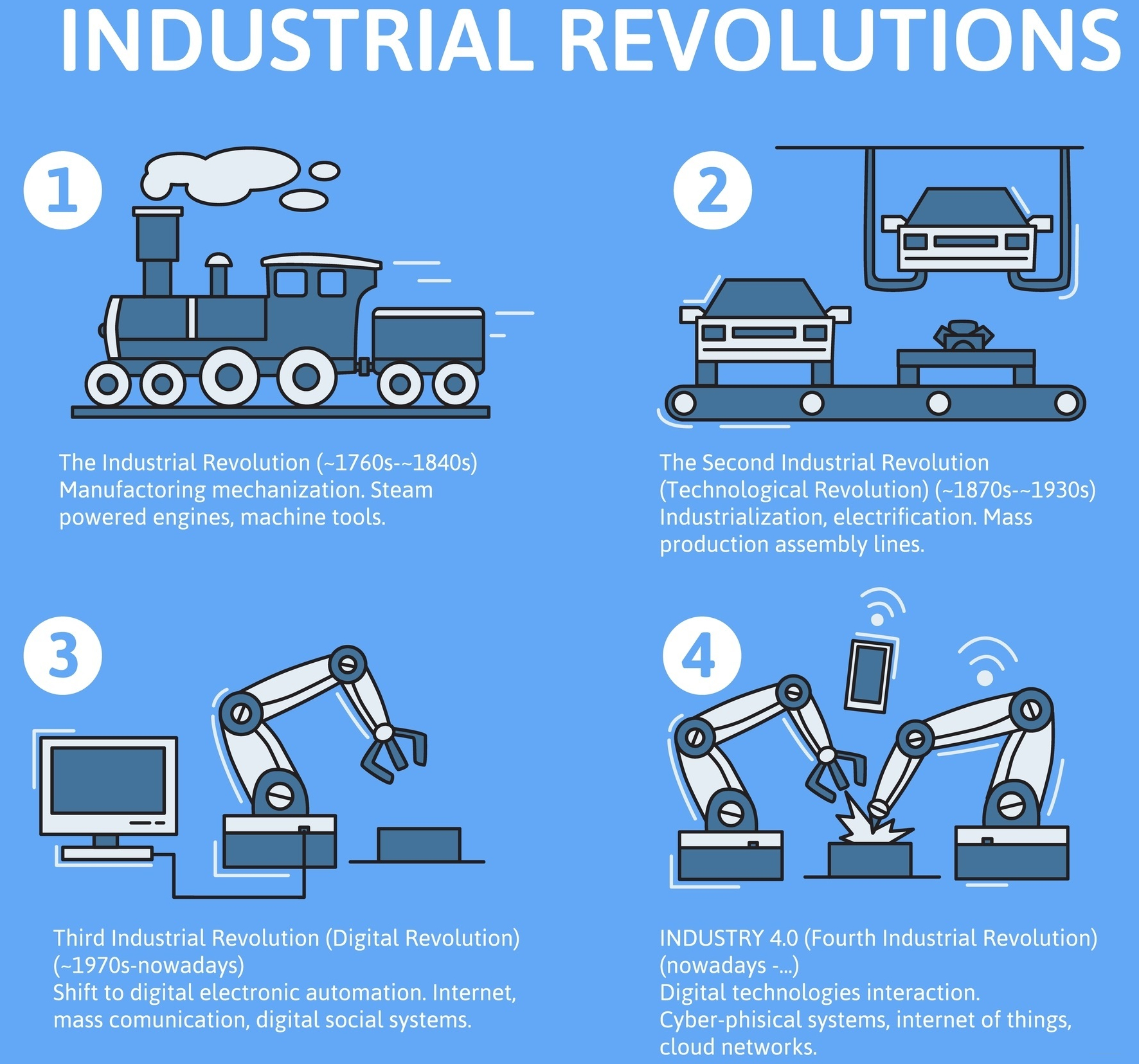 “The Fourth Industrial Revolution is about the fusion of the physical, digital and virtual worlds, and is set against a backdrop of 17 colliding trends,” explains Henrik. “Combined, this represents the biggest structural change in the past 250 years.”

“There is absolutely nothing to fear from these technology changes because people will always be at the centre of technology. Yes, we no longer require 100 people to go and work in the field at harvest time. We have machines for that. These machines have displaced people to higher value tasks. The same will happen in the Fourth Industrial Revolution.

“The more resistant we are to change, the harder it will be for us to adapt. The people that don’t survive are the people resistant to change.”

“Normally businesses have three to five years to react to changes in their industry,” continues Henrik. “But when you have so many simultaneous changes occurring, it becomes disruptive, and your ability to react becomes more difficult. This is called the ‘change gap’. If you are fighting on too many fronts, then you lose the fight.”

“This is why the changes that underpin Industry 4.0 require executives to ask themselves how they should change their competitive model. How do you increase your capacity to deliver cheaper products across the supply chain? Manufacturers need to rethink the entire value chain. They need to apply different thinking and toolsets – there are really only six different ways to model your manufacturing operations: revenue, value, cost, performance, service, and operating model.”

In many respects, UK manufacturing is uniquely well-placed to succeed in the Fourth Industrial Revolution – with Brexit providing an additional opportunity for the UK to “serve a grander market”.

“The EU was originally created because of manufacturing; it was a trade agreement around steel, and how it can be exported. Brexit is nothing other than a trade agreement that has been split – and the UK now has an opportunity to trade with the EU and the US, in a way that no other country can do. How you acquire skills and products, and how you import and export skills – there are a lot of opportunities for UK manufacturing to win.”

Beyond Brexit, Henrik believes that the Fourth Industrial Revolution plays to UK manufacturing’s strengths in a number of ways: “Firstly, your executive teams tend to be good thinkers – with a well-deserved reputation for creativity and innovation. You have long-established global trading links – this ‘cultural capital’ gives UK manufacturers a distinct competitive advantage when building international value chains.”

“The UK financial sector is also very well-placed to support manufacturers – both in terms of capital investment, as well as financial innovation such as Blockchain.”

“As a result, there is plenty of scope to focus on business model recapitalisation and redesign: who you partner with, how you tackle your costs, and how you can perform better.

“The UK stands to benefit as an innovator with ‘smart contracts’ where payments are released to suppliers as orders are received across the length of a contract, helping to reduce the cost of supply and releasing financial pressure across the ecosystem. This is only possible where participants in the value chain work together.”

With a world-leading abundance of ideas, capital and market access, the greatest challenge facing UK manufacturing is what is known as the ‘Peter Principle’ – that people are promoted on the basis of their previous success, rather than their future capabilities. In other words, promoted to their level of incompetence.

“Because there is so much pressure on cost, UK manufacturers often fail to invest sufficiently in their management capacity. People are a summary of competences – and competences are dependent on investing in skills. People are the means by which businesses adapt to the changes represented by Industry 4.0.”

A focus on this ‘people dimension’ of Industry 4.0 will be front and centre at Digital Manufacturing Week, the annual celebration of advanced manufacturing that is held in Liverpool every November.

Henrik has just been confirmed as a keynote speaker at the 12th annual Manufacturing Leaders’ Summit, the executive-level conference at the heart of what has become Europe’s biggest digital manufacturing show.

“On 14 November, I will be running a Masterclass as part of Digital Manufacturing Week – this will be execution-oriented. Everyone will come out with a roadmap for their team, helping to deliver the internal alignment to ‘lift the table’ at the same time – with and through people.”

Henrik von Scheel will deliver a scheduled presentation – ‘The next era of Operational Excellence’ – at the Smart Factory Theatre on the show floor of Smart Factory Expo (1:00pm, 13 November).

Registration details for the Masterclass will be released on the Digital Manufacturing Week website shortly.

Make sure you and your team don’t miss out on the many exciting opportunities to accelerate your team’s understanding of digital manufacturing – and register for your FREE ticket to attend Smart Factory Expo today: www.digital-manufacturing-week.com/expo

“My background is in horse butchering,” he says, unblinking. “My father wanted me to have a practical education as opposed to going to university. As that was the shortest course, after eight months of learning my trade, I was then grudgingly allowed to go to university. There I got a bachelor’s degree in medicine – I started a consultancy, which was then bought by IBM.”

“At IBM, either you understand customer value or you die. I didn’t die and made my way up to senior vice president, before thinking deciding that instead of selling boxes and software I wanted to create greater value. That’s when I got involved in strategy and competitiveness, and following my work putting together Germany’s ‘Digital Agenda’.

“Today, I’ve put together digital strategies for 19 countries, and many Fortune 500 companies.”