How do edge analytics enable manufacturers to meet sustainability goals?

Posted on 1 Apr 2022 by The Manufacturer

In the wake of landmark climate event, COP26, manufacturers are striving to align their activities with the global net zero targets. But the sector has a long way to go. It currently produces more than 16 gigatons of carbon dioxide (CO2) each year.

The damage that industry has been doing to our planet isn’t new knowledge. But the window of opportunity to act is starting to close – meaning manufacturers must change their operations now. According to the Global System for Mobile Communications Association (GSMA), to reach net zero by 2050, manufacturing needs to halve its emissions in the next decade. The urgency of the situation is clear.

Manufacturers should not only strive for better sustainability for the future of the planet, but for the future of their facilities too. The PricewaterhouseCoopers (PwC) 2021 Global Investor Survey revealed that reducing scope one and two emissions – direct emissions from owned or controlled sources and indirect emissions from purchased electricity generation – is the top priority for 65% of investors. But how can leveraging the industrial edge make it happen?

As smart manufacturing facilities grow in their numbers, the quantity of data produced by the industry is growing exponentially. This data is typically stored in data centres, which according to the International Energy Agency (IEA), consumed between 200 and 250 terawatt hours (TWh) of electricity in 2020 – one percent of total global demand. With vast quantities of data available, it’s important for manufacturers to learn how to use it to improve their facility’s sustainability.

Edge analytics allows businesses to process data close to its source. After collecting data from various machines on the factory floor, manufacturers can employ edge analytics tools to process it. They can adopt smart filtering to remove any irrelevant, invalid or ‘dirty’ data and only send relevant data to the data centre.

Accessing and using this data in the right way allows manufacturers to unlock its power, and monitor environmental Key Performance Indicators (KPIs). Environmental KPIs typically relate to emissions, such as CO2, and resource use such as water or material waste. Sensors on each machine can calculate individual emissions and resource usage, which can then be standardised to create one uniform data set, generating KPIs in real time.

Once machine data has been obtained, filtered and standardised, manufacturers are left with deep insight into their machines’ performance, making it easier to identify key contributors to emissions or a particular resource drain. Further actions can then be taken to improve the facility’s sustainability credentials, particularly through improved energy efficiency and reduced waste.

Once the machine’s data is available, it can be used to reduce energy consumption. Industry accounts for 39% of the world’s final energy use according to the IEA. But making small improvements to each individual machine’s performance can result in incremental energy savings that build to a big impact.

Manufacturers can streamline machine to machine (M2M) communication by using the data from one machine to gain an actionable insight into its performance and generate an output that determines the configuration of the next machine.

Using edge analytics for improved machine efficiency is set to be a major reason behind the technology’s adoption in 2022 — according to Deloitte, 45 per cent of manufacturers expect increases in operational efficiency from investments in IIoT. Although the economic benefits of improved efficiency are clear, embracing the edge also transforms a facility’s sustainability status.

Identifying energy inefficiencies in real time presents manufacturers with an opportunity to act fast. For example, edge analytics can be used to monitor the speed at which a machine is running or the quantity of a material it dispenses. In response to the data collected, each machine’s configuration can be modified immediately according to a predetermined algorithm for streamlined operations. By optimising several individual machine processes that are significant energy consumers to make them more efficient, edge analytics controls – and reduces – a facility’s overall energy consumption.

If a machine begins to malfunction, its output will be affected, meaning all of the defective parts it produces will ultimately end up as industrial waste. By analysing machine data immediately and continuously, manufacturers can identify performance anomalies before they become a problem. Once an anomaly has been identified, it can trigger a warning to inform machine operators that direct action must be taken. Production can be temporarily paused, the machine repaired, and output remains as intended.

The Crosser Flow Studio is an edge analytics platform that provides manufacturers with actionable insights into their machines for less emissions, energy use and waste. Designed to fight complexity with simplicity, Crosser’s solution unlocks the value of edge analytics for every manufacturer, no matter its size or digital abilities. Thanks to its low code nature, end users with no coding knowledge can design, deploy and manage data flows with ease.

If manufacturing is to reach net zero and align its activities with international climate goals, it must act now. Forrester has predicted sustainability-related services powered by edge will grow in 2022, but with Crosser’s platform, they are already here. With the urgency of the crisis clear, there’s no time to waste in adopting ESG goals. Embracing the edge is crucial to making it happen.

Many hands make Lush work: A look inside the factory 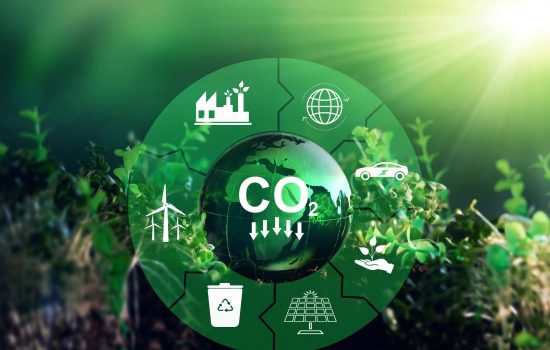