How to produce smoked salmon

Located opposite the Olympic Stadium in London’s east end is Britain’s oldest original salmon curer, H. Forman & Son. The Manufacturer went to Stratford to taste and learn how to best produce smoked salmon.

Ever wondered how to produce smoked salmon? The process involved is complex, and to create a quality product needs to be done by hand, says fourth-generation smoked salmon producer, Lance Forman.

Forman told TM how exactly they produce their PGI (Protected Geographical Indication) product, this status making London the first capital city in Europe with a company to acquire the certificate, which protects regional foods that have a specific quality and or reputation.

“The first thing I should say about smoked salmon is it is not supposed to taste of smoke, many people think smoked salmon should. The smoke was never a flavouring for the fish, it wasn’t to enhance the salmon, it was a method of preserving the taste of the salmon,” he said.

To make the best smoked salmon the freshest fish possible is needed, as with fish it is all about freshness. He said: “Salmon, the king of fish, is such an amazing flavour. You want to concentrate that and preserve it.” 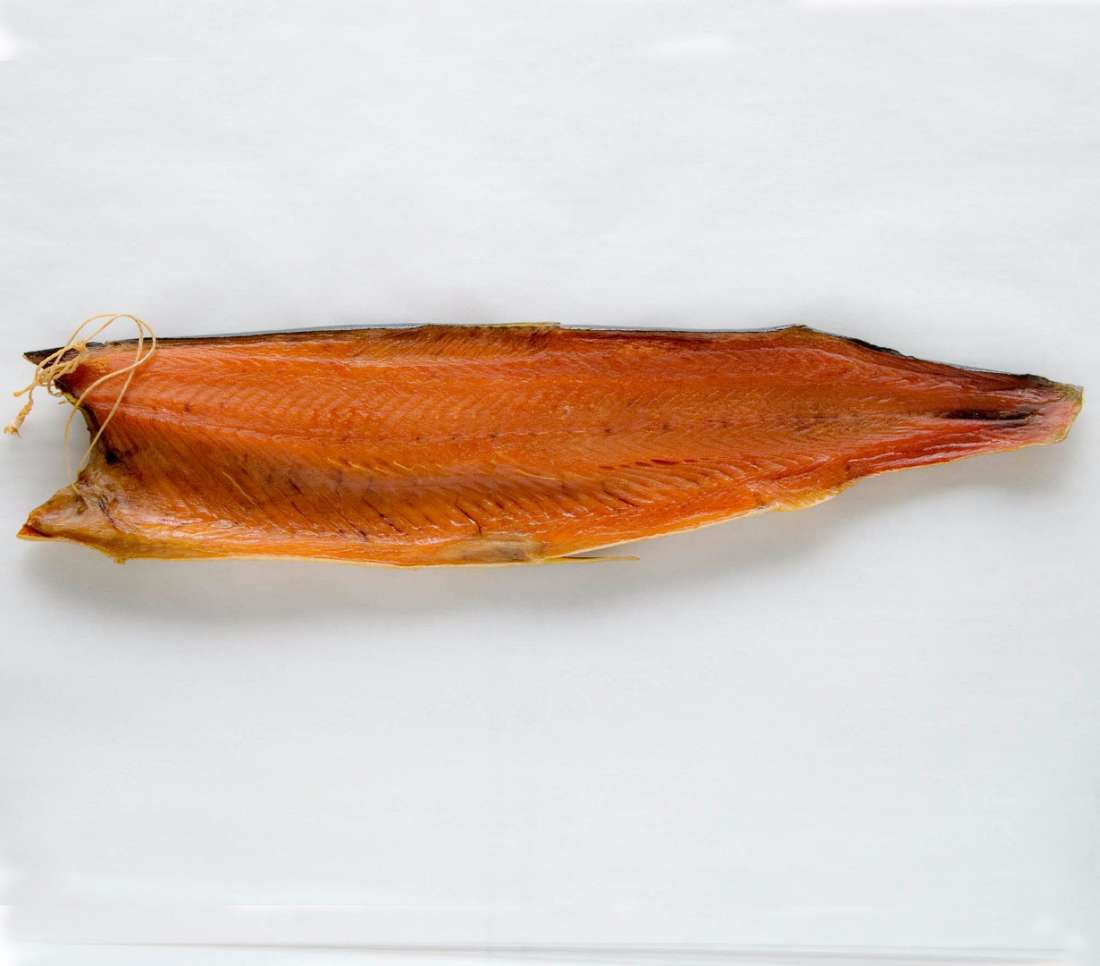 The fish used at the smokehouse is imported from Scotland, two to three tonnes every day. Most smoked salmon – three-quarters according to Forman is imported from Norway, which already means the fish will lose some of its freshness.

To preserve the fish the moisture needs to be taken out, because that is where the bacterial activity takes place.

This process starts when the fish is sliced in half and filleted by the company’s skilled workforce, this contrasts to many other providers whereby the vast majority of salmon is machine-filleted.

The fillets are skewered and hooked with string, in order to be hung to air-dry after the curing process.

The salmon is then hand salted in rock salt for 24 hours to dry-cure, this process removes at least 10% of the fish’s weight as the moisture is drawn out through dehydration. 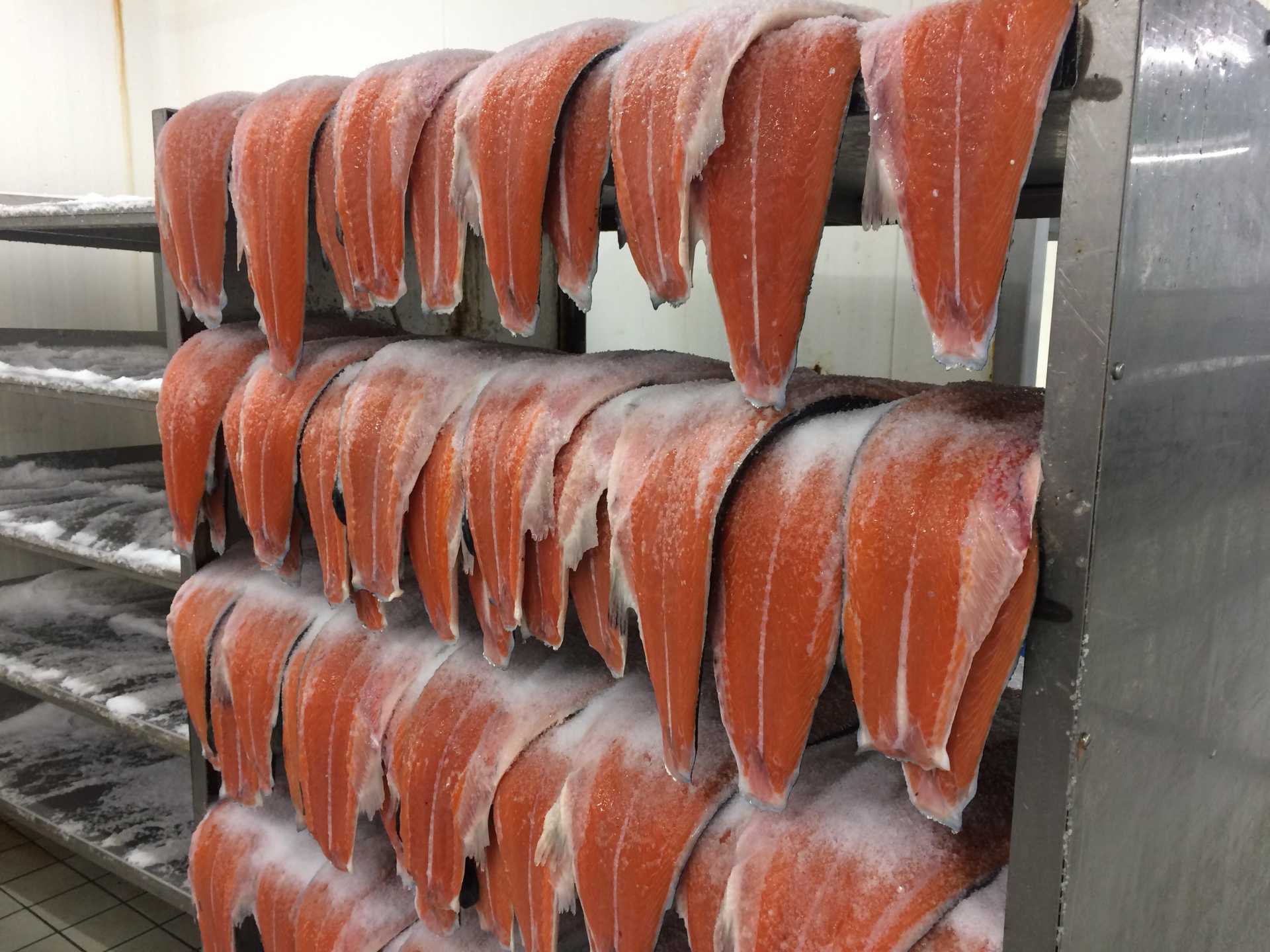 Many commercial producers try to avoid the weight loss process, as weight is how fish price is measured, so often they will brine the fish, or even inject it with salt water. This results in slimy smoked salmon.

No sugar is used in Forman’s curing process; grade one smoked salmon does not need sugar to enhance it, Forman says.

After curing is complete, the fillets are rinsed, air-dried and then placed in kilns for a further 24 hours, where they lose a further 10% of their weight.

When the salmon’s skin is tacky, that is when it is ready to be smoked. The smoke consists of very fine dust particles that stick to the outside of the salmon and create a seal.

This smoking process uses solid oak logs, which are burned by friction allowing the smoke level to be controlled.

Forman said: “That is why they did it 100 years ago, they didn’t have refrigerators. They would seal the fish with the smoke and that meant they could hang it up and no bacteria could get to the fish because it was protected.”

After smoking, the smoky crust or ‘pellicle’ and any imperfections are removed, and the pin bones extracted, these processes are done by hand at H. Forman & Son, which for the industry is rare as much of the processes now are done via machinery.

Before salmon is consumed, the pellicle and imperfections should be trimmed off. Forman said: “You see the brown slices on supermarket salmon, that shouldn’t be there, it is extra weight.”

The salmon is then carefully sliced by hand and packaged to be dispatched to restaurants and suppliers across the country and globe, with some orders exported as far as Japan and China. 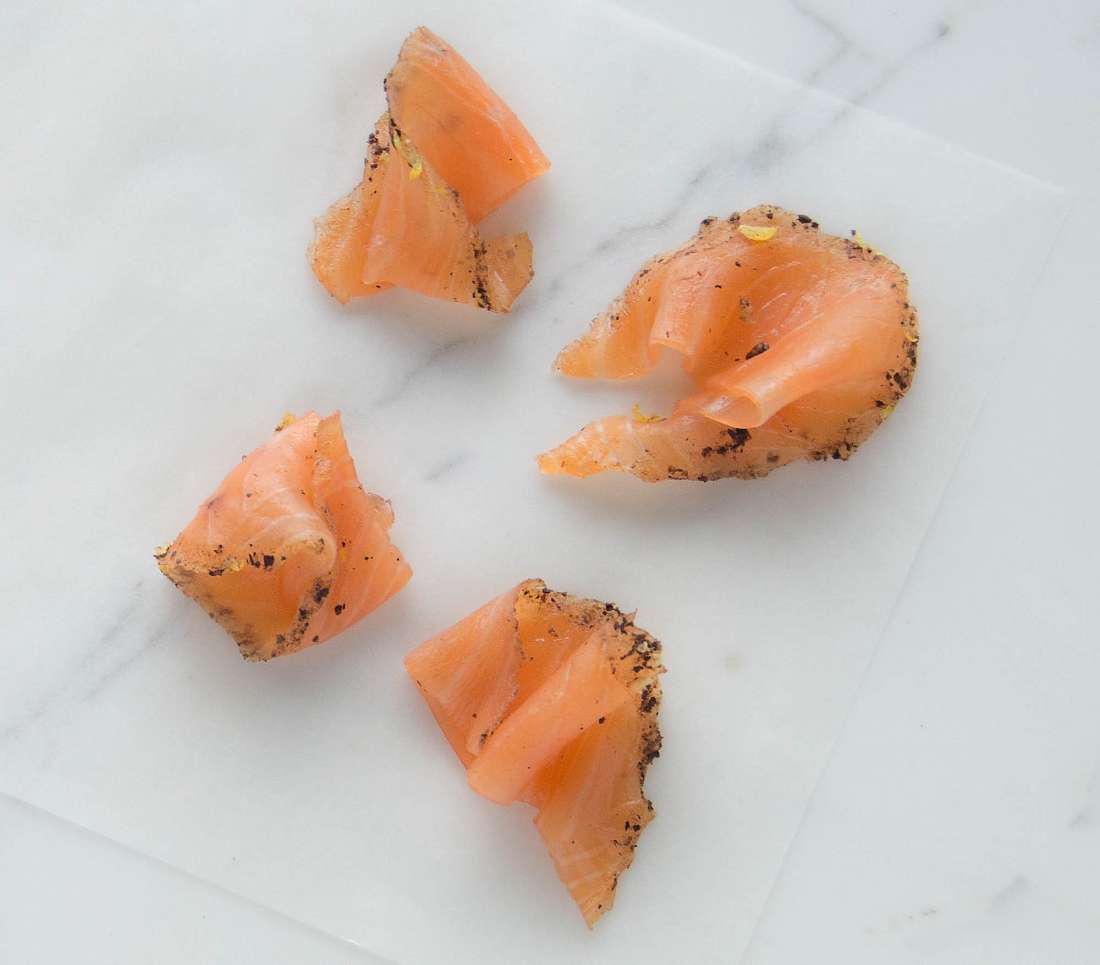 The century-old business continues to innovate Forman tells me, from beetroot cures to salmon jerky and even gin & tonic smoked salmon (pictured above).

But the real secret to H.Forman & Son’s success? The consistent quality of the salmon produced, which became clear when the entire process was observed, absorbed and tasted.