How UK SMEs and large manufacturers are responding to Covid-19

Henry Anson highlights the key comments that set the agenda at The Manufacturer’s recent Director’s Forum gatherings – virtual, of course.

Unbelievable resilience, relative optimism and an acceptance that things have changed irrevocably.

Three things that have shone through during our recent interactions with UK manufacturing leaders, and a welcome antidote to the peddlers of doom from the mainstream media which only seem interested in reporting job cuts and plant closures.

The Manufacturer has been running weekly focus groups with business owners and their management teams from across the industrial spectrum in order to gain a deeper understanding of what the sector is facing.

These 90-minute virtual networking roundtables commence at 17.30 (with a bottle of wine supplied by The Manufacturer) and bring together 10 such leaders for a themed and managed conversation discussing the major opportunities and challenges their businesses face.

The first took place on June 11, in partnership with Sage, and was specifically geared towards SME businesses owners, with a maximum turnover of £50m.

The second was hosted on June 16, in partnership with Google Cloud, and was aimed at the giants of UK manufacturing, featuring household names from automotive, pharmaceutical, aerospace and logistics, many of which have been at the forefront of the sector’s response to Covid-19.

Both groups emphasised a determination that the UK economic recovery should be built on a manufacturing backbone as the sector operates in every county and region of the UK, provides long-term, well-paid employment, and represents half of our total exports and two-thirds of UK R&D.

The manufacturers in both groups showed marked frustration over the government’s inability to comprehend the importance of the sector and the continued lack of any comprehensible strategy to rebuild UK plc.

My personal view is that the current government is just the latest in a long line that doesn’t understand manufacturing.

Generally, both the SME business owners and larger manufacturers have serious issues around supply chain visibility and security and are looking – with Brexit also coming over the horizon – to shorten and strengthen their supply chains where possible.

To date, cost has been the single biggest factor in determining where they buy raw materials and source component parts, but with the recent global disruption and the, in some cases, seven-fold increase in the cost of air freight, this might not be the largest and sole priority going forward.

There was also a recognition that following the SARS outbreak (2002), the financial crash (2008), the Eyjafjallajökull ash cloud (2010) and the Fukushima nuclear disaster (2011), Covid-19 was only the latest – but by far the most serious – global disruption to the supply chain and their business models.

To better withstand future seismic shocks, there was a recognition that their businesses needed to be modelled in a more sustainable and robust fashion and that greater levels of automation and robotisation were inevitable – something which is long overdue in the UK.

Clearly, cash is the fundamental issue at present so the projects launched will likely be small scale at first and must deliver a quick ROI.

Where the two groups differed was in their attitudes towards remote working.

The SME businesses represented had largely brought their production line and back office staff back from furlough. There appeared to be little enthusiasm for a working from home where possible approach, and the importance of instilling and/or maintaining a collaborative, ‘we are in this together’ mentality was seen as paramount.

Alternatively, many of the large organisations represented didn’t see back office and non-production staff ever having to return to the workplace on a permanent basis.

This view led to a conversation around worker trust, monitoring productivity from remote workers and avoiding a sense of ‘us and them’ between those that did have to return and those encouraged to stay at home.

Both conversations were fascinating and insightful and a huge thank you to everyone that took part, and Sage and Google Cloud for their sponsorship.

Our regular networking roundtables dinners are invaluable in keeping The Manufacturer’s content on track and relevant to its core purpose of promoting competitive manufacturing. Never, in the almost 25-year history of The Manufacturer, has this role been more important.

If you would like to attend a future ‘virtual’ networking session, please register your interest via [email protected] 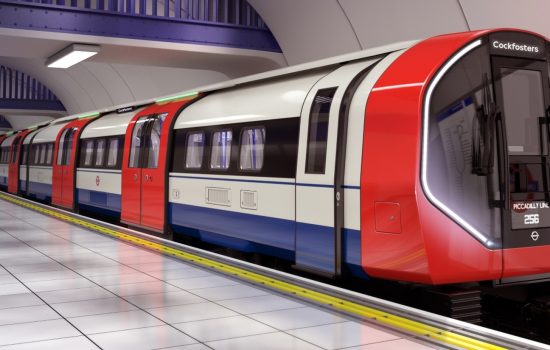