Posted on 1 Sep 2021 by The Manufacturer

Alexander Dennis Limited has announced that it has been selected by the Liverpool City Region Combined Authority to supply 20 zero-emission hydrogen double deck buses.

This follows a competitive tendering process in which the Scottish based company – the largest bus and coach manufacturer in the United Kingdom, were chosen to roll out the eco-friendly fleet. This is the first order for ADL’s H2.0 second-generation hydrogen platform, which has been designed to be more energy efficient to cover greater distances between refuelling.

The 20 ADL Enviro400FCEV buses are being directly purchased through the Liverpool City Region’s Transforming Cities Fund and will be owned by the people of the City Region. The buses will initially serve the City Region’s busiest route, the 10A between St Helens and Liverpool city centre. 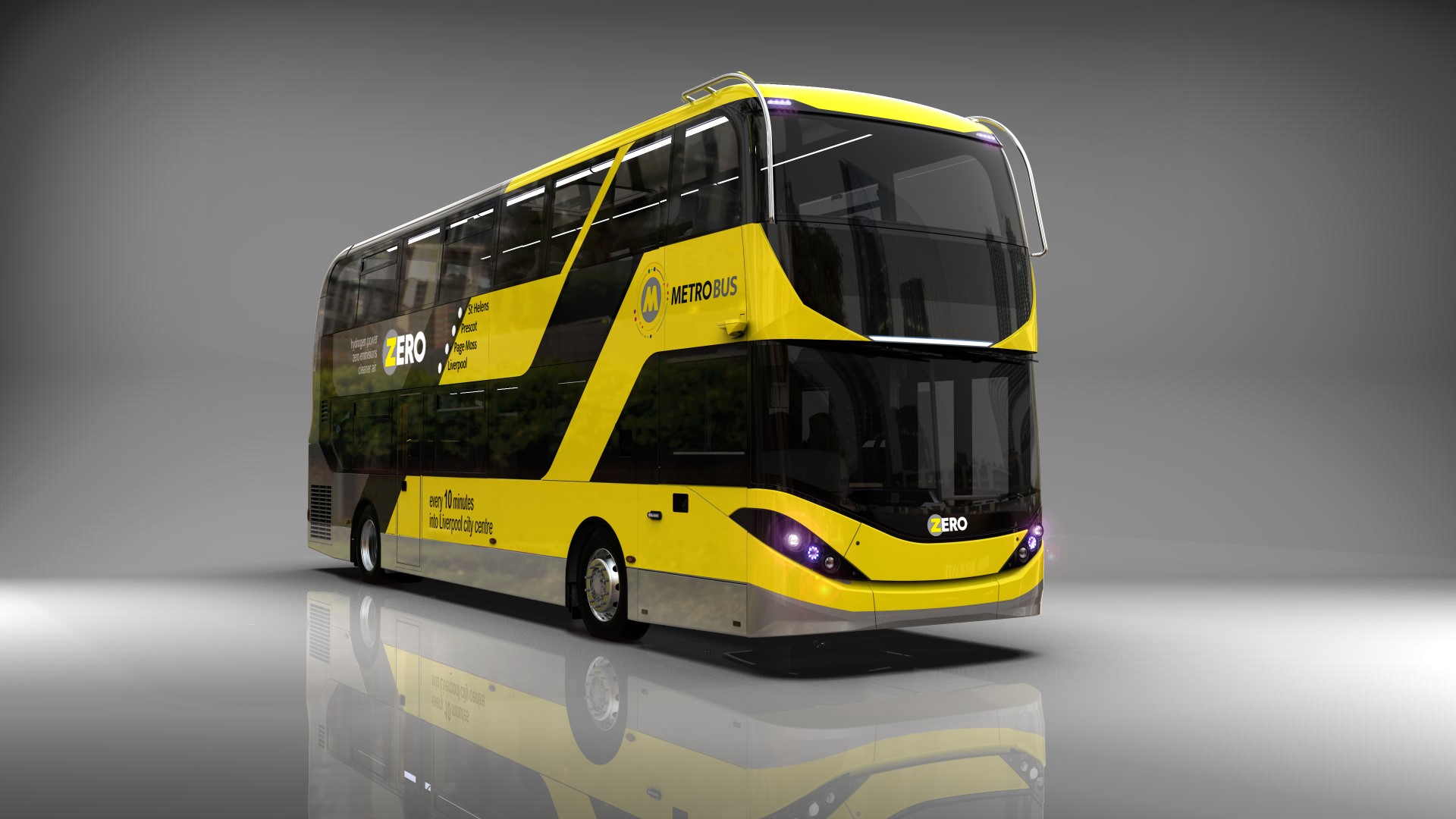 The Enviro400FCEV has been developed on ADL’s next-generation H2.0 platform and will be powered by a Ballard fuel cell power module through the efficient Voith Electrical Drive System.

With hydrogen tanks and key components intelligently packaged by the engineers that developed the market’s widest range of clean buses, the integral vehicle perfectly balances weight and maximises saloon space.

The hydrogen bus project is a key part of Liverpool City Region Metro Mayor Steve Rotheram’s ‘Vision for Bus’, which commits to using the powers available through devolution to build a better, more reliable and affordable bus network for the City Region.

Broader plans also include the building of hydrogen refuelling facilities, which will be the first of their kind in the North West, due to begin later in the year.

With the Metro Mayor having set a target for the Liverpool City Region to become net zero carbon by 2040 at the latest – at least a decade before national targets – the hydrogen buses will be an important addition to the region’s existing fleet, which is already more than 70% low emissions. 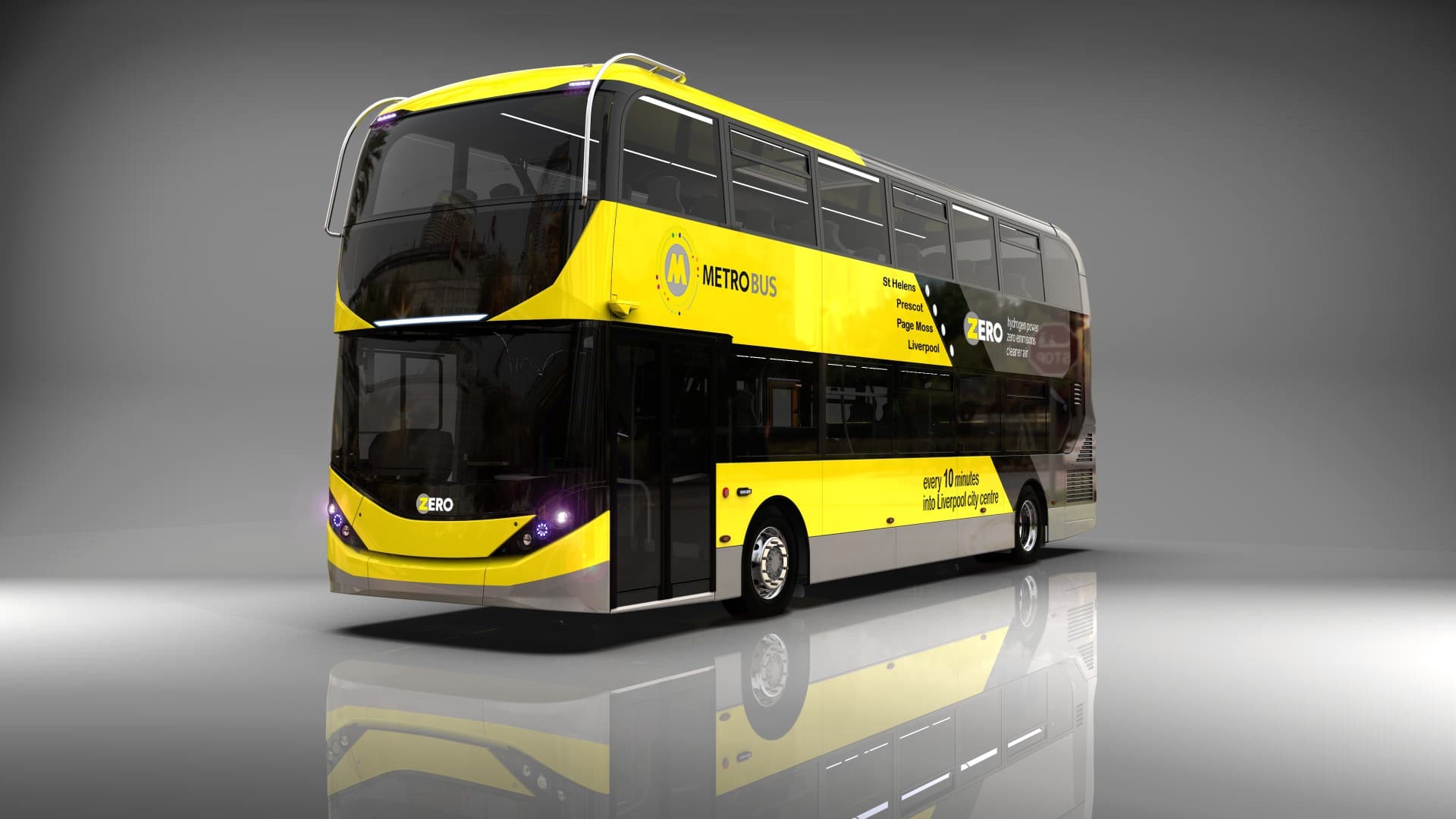 Steve Rotheram, Metro Mayor of the Liverpool City Region, said: “82% of all journeys on public transport in our region are taken by bus and this new fleet will give people a clean, green and comfortable way to get about. Reforming our bus network is a massive part of my plan for an integrated London-style transport network that makes traveling around our region quick, cheap and reliable.

“We want to be doing our bit to tackle climate change and improve air quality across the region too. These buses will be a really important part of making that happen. Alongside the hydrogen refuelling facilities we’re building and some of the other exciting green projects we’re investing in, our region is leading the Green Industrial Revolution.”

ADL President & Managing Director Paul Davies said: “With its investment in this new fleet of hydrogen buses, the Combined Authority has chosen the latest in clean technology for the Liverpool City Region. We are delighted they have put their confidence in ADL to deliver their green agenda.

“Our next generation H2.0 platform builds on 25 years of experience in hydrogen fuel cell technology. Designed and built in Britain, these buses will help to secure skilled jobs and apprenticeships across the bus manufacturing industry which is hugely important as we continue the decarbonisation journey.”