Chip giant Intel will invest $20bn in two new manufacturing facilities in Arizona. The move is designed to increase Intel's advanced chip manufacturing capacity, as well as enable it to open its doors to outside customers. 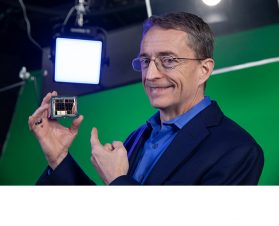 Since Pat Gelsinger became Intel CEO in February 2021, there have been a raft of exciting changes, all of which are geared towards helping the tech giant fulfil its ‘IDM 2.0’ Strategy for Manufacturing, Innovation and Product Leadership.

Gelsinger revealed the plans during the company’s global “Intel Unleashed: Engineering the Future” webcast, his first public remarks since taking over the top job at Intel.

With the focus now on enhancing Intel’s design and manufacturing strategy, the firm is hoping it can put behind it the production woes that caused its share price and reputation to both take a tumble last year.

Made up of three parts, Intel’s IDM 2.0 strategy will encompass:

The news comes as the world still deals with a global chip shortage that is hamstringing industries from automotive to electronics. At the same time, much talk in recent times has focused on how the United States is falling behind when it comes to semiconductor manufacturing.

Gelsinger looked to reassure webcast attendees, saying: “Intel is and will remain a leading developer of process technology, a major manufacturer of semiconductors, and the leading provider of silicon globally.”

A slide used during the webcast suggested that Amazon, Google, Microsoft and Qualcomm could all be customers for the new Foundry business. Microsoft CEO Satya Nadella was present at Gelsinger’s talk, an apparent show of support for Intel’s move.

Intel’s two new fabs will be located at its Ocotillo campus. They will support the increasing requirements of the firm’s current products and customers, as well as provide committed capacity for foundry customers. 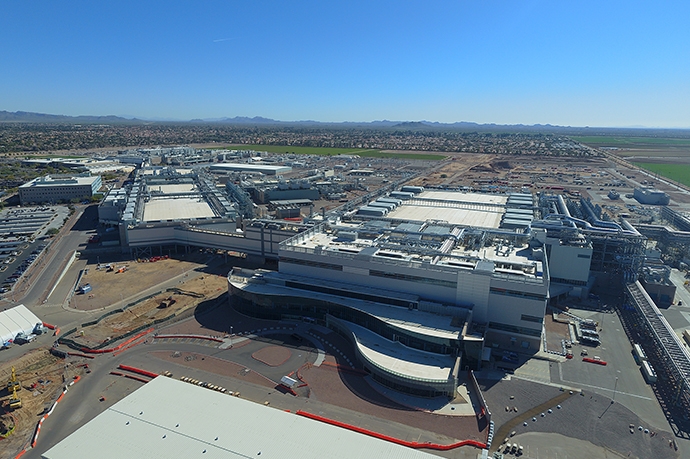 Arizona Governor, Doug Ducey, and US Secretary of Commerce, Gina Raimondo, were alongside Intel executives during the announcement.

Gelsinger commented: “We are excited to be partnering with the state of Arizona and the Biden administration on incentives that spur this type of domestic investment.”