Is the Connected Worker the key to solving industry’s skills gap?

The rise of the ‘connected worker’ could help end the skills drain being accelerated by an ageing workforce, according to the boss of one of the world’s leading providers of industrial innovation technology.

An ageing workforce represents one of, if not the, biggest threat to industry. With 16% of the total EU workforce aged 55+ and around 25% in the US*, there is a real danger that decades of invaluable knowledge and experience is going to be lost as experts retire.

PTC’s president and CEO, Jim Heppelmann, believes the use of augmented reality (AR) and artificial intelligence (AI) can protect the knowledge and expertise of retiring workers by training future and existing employees.

He continued: “Adoption is growing thanks to the ability to combine AR and AI to offer cost-effective solutions to manufacturers, not to mention a change in mindset from industry, who have now realised the importance of investing in business-ready software and hardware.

“We have countless examples of small, medium and large firms that are embracing Connected Worker technology to protect knowledge when workers retire, to reduce the costs of onboarding new employees and even the ability to quickly reskill and cross train existing staff.

“I can only see this trend continuing, especially as we see technology and platforms mature to meet the requirements of the modern-day manufacturer. These technologies can bring the superpower of computing into the arms and legs of the workforce.

Augmented Reality is still a relatively new technology, with its use in industry only dating back five years ago. However, wider adoption of virtual and augmented reality is set to add £1.5 trillion to the world economy over the next decade, according to research by PwC.

Previously, the technology has been used mainly to enrich static views by information being overlaid on to reality, but the pace at which new functionalities are being developed are rolled-out accelerates year-on-year.

This will overlay information dynamically and, using low-cost or high-quality glasses, enabling nearly every industrial application imaginable to benefit from AR.

Heppelmann concluded: “Augmented Reality is one of the most effective user interfaces ever developed, but it isn’t that useful if it never makes it out of R&D as a true off-the-shelf business tool.”

In its simplest sense, PTC’s Vuforia Expert Capture lets experts record a task as they carry it out using a wearable device, such as Microsoft’s HoloLens.

The content is then turned into a step-by-step video guide with instructions for other workers to follow through the wearable tech – locking valuable skills in place forever.

*According to data from Eurostat and the Bureau of Labor Statistics, respectively. 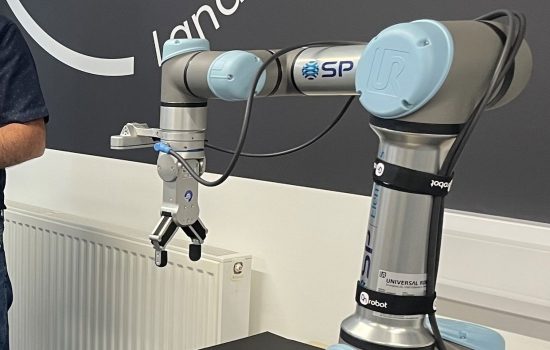