Is UK manufacturing preparing for a hard Brexit?

The aftermath of Brexit has been looming for some time now and manufacturers are aware of the implications a hard Brexit might bring. Are they preparing?

A new intensive report has found that 83% of British manufacturers are preparing for a hard Brexit, and because of this are actively forging relationships with new potential international markets.

The report, which was published by Sheffield Hallam University and SSG Insight, found that nearly half of UK manufacturing companies have identified Asia (44%), North and South America, Africa and the Middle East as focus areas for post-Brexit Britain trade.

The findings reveal both optimism and concern for manufacturers around two of the most critical challenges facing Britain: Brexit, and the continual rise of technology, from automation to data analysis and smart factory processes.

Although the Brexit white paper published by the government last month, proposed to keep trade between Britain and the EU tariff free and with no quotas, negotiations have not begun with the EU and therefore there is no certainty in the plans.

CEO of British Coatings Federation (BCF), Tom Bowtell said, when asked by The Manufacturer if he believes the Brexit white paper plans will be agreed by the EU: “It doesn’t feel very likely at the moment does it? It is so hard to know.”

He added: “The white paper sets out a way of trying to make European trade work for the movement of goods. If the Europeans agree to it, we would be pretty happy.”

The impact of Brexit

When the UK voted to leave the EU in June 2016, it triggered turbulence, an avalanche of questions and uncertainty that has resulted in huge disruption for British businesses.

Manufacturing makes up 10% of the UK economy, but the industry accounts for nearly half of UK trade.

According to the research, 81% of British manufacturers expect their orders from EU countries to reduce as a result of the UK leaving the EU next March.

This of course, is extremely concerning and could have a huge impact on the UK’s economy.

Earlier this year, the company secured a deal reportedly worth £40m to enable Taiwanese manufacturing giant Foxlink Group, to produce and market Hyperdrive’s modular battery pack across Asia, one of the target areas published in the report.

The company, which is the leading independent developer of lithium-ion energy storage technologies, is also reportedly on track to hit £10m turnover this year.

Hyperdrive Innovation’s integration into the Asian market, allows the firm to explore other markets in the continent and potentially secure future trade deals post-Brexit.

According to the research, the majority of manufacturers expect Brexit to accelerate the use of artificial intelligence and automation technology in industry, this could allow the scaling up of manufacturing volume, which could enable businesses to meet potential demands from global markets.

The technology is also expected to help drive down the cost of production to enable Britain to compete with global prices, and to allow efficient adaption and development of new products and strategies for new trade partners.

The investment in automation was necessary, operations director, Neil Freckingham, said to The Manufacturer, as previously an employee was working in the sub-zero conditions, which was just not practical, safe or productive.

Prior to the robot’s introduction, an employee would work for 10 minutes in the freezer before having to leave, this meant the freezer door was opened and closed more frequently, which led to moisture and ice forming and this resulted in hazards.

Freckingham said the robot works 16-hours a day in the harsh conditions, has removed manual handling, upskilled the workforce and has enabled a safer working environment.

A proactive approach to a hard Brexit could help to cement Britain’s future in international markets, by encouraging them to utilise industry 4.0 technologies.

British manufacturers have faced difficult economic times in the past, but they are now at a critical point. Brexit does present opportunities as well as threats, as manufacturers must now focus on their future markets, technologies and potential trade partners. Are they ready? 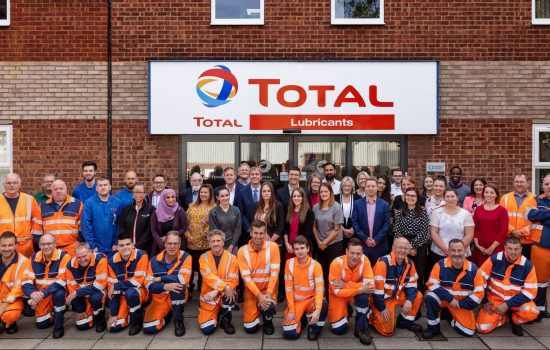