IT in manufacturing: How do you like your ‘go live’?

Posted on 6 Feb 2013 by Malcolm Wheatley

Do you back ‘big bang’ IT implementations or do you favour the phased approach? John Donagher, senior IS consultant at BSM Consulting, a specialist in ERP implementations, explains what each approach will mean to a business and how to decide which will fit you best.

The phrases ‘big bang’ and ‘phased’ are used to describe strategies for introducing new systems into an organisation.

A ‘big bang’ ERP implementation is typically used to describe a go-live or cut-over scenario where a business switches from their old ERP system to their new system at a single point in time.

If a phased approach is adopted, what will this mean for integration between the new system and legacy systems during the interim period? This is potentially one of the most problematic areas for phased implementations. If you introduce the new system in a piecemeal fashion then you have to work out how the new system and old systems will work together for a period of time. This can involve creating interfaces that wouldn’t be needed if all modules were introduced at once, as well as creating user documentation and SOPs that cover how business processes operate in the interim period.

Are there any other competing business activities that need to be taken into account? Factors such as regulatory compliance, acquisitions, new product introductions and other capital expenditure programs can influence the required time scale for an ERP implementation.

What level of risk is acceptable?

The generally held view is that big bang implementations have an inherently higher level of risk. This is because the integrated nature of ERP systems means that a failure in one part of the system can have knock-on effects elsewhere. The scope of a big bang implementation can also mean that full end-to-end system testing is difficult to achieve, and it’s only when the system goes live that all of the interdependencies are fully tested.

Phased implementations typically take longer to fully complete; this generally means more time from both the ERP vendor and the project team and therefore increased costs. The additional time and cost has to be balanced against some of the main arguments used against the big bang approach, such as the ability of the business to cope with a huge level of change happening all at once as well as the increased risk of failure.

Both big bang and phased implementations approaches have their advantages and disadvantages. However it’s important to point out that an implementation strategy doesn’t have to be limited to these two options.

If you need to know more about your ERP implementation options, or are seeking to optimise an existing system, look out for information on TM’s event ERP Connect, March 20, Midlands www.erpconect.co.uk 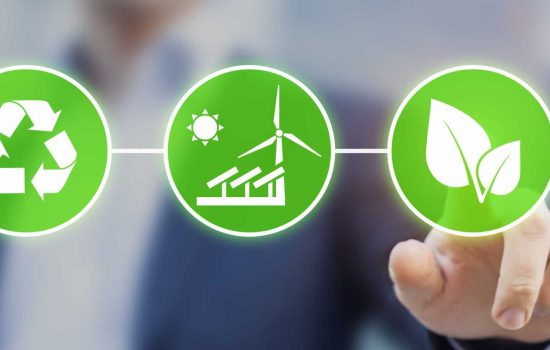 50% of UK manufacturers investing in sustainability for growth