The Lean Top 25 report, published by The LMJ, celebrates 25 trailblazing individuals from around the world who are shining examples of lean excellence and continuous improvement.

The report aims to highlight those individuals which instigate change and improvement in their organisation that don’t always receive the recognition they deserve.

Credit can often go to an entire team, so it’s important to highlight the individual change agents who’ve played a leading role in bringing a project to success.

Launched in 2009, The LMJ is a business improvement publication, covering lean, operational excellence and continuous improvement – acting as a bridge between academia and industry.

In each of the 10 issues a year, The LMJ provides in-depth analysis; comments; case studies, and reviews on real change in business processes across all sectors.

The Lean Top 25 report was launched at The LMJ’s annual OpEx conference, which took place between May 11-12 at Hilton London Heathrow Hotel.

Nominations were open to the public and the candidates were then passed on to a judging panel that deliberated on each nomination and find the most outstanding individuals.

The expert judging panel measured the nominations across one or more of the following criteria:

A practitioner whose ideas and enthusiasm have led them on a new path of lean, whether it be a minor tweak to the existing way of implementation, or a revolutionary idea that has been a game changer.

A person publicising lean and helping its reach grow. Someone who is driving more knowledge of lean and creating awareness of continuous improvement. 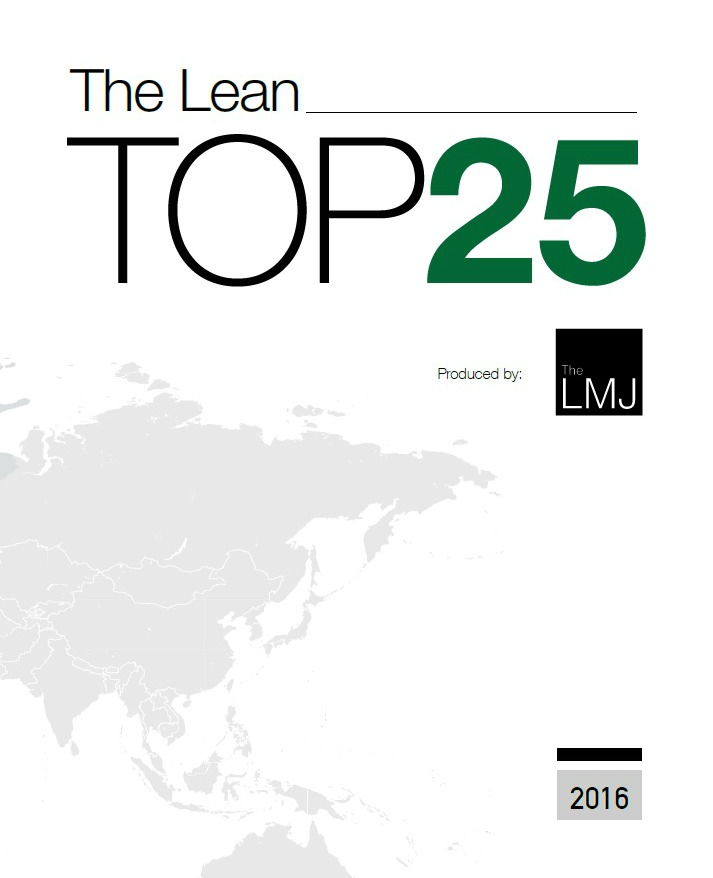 Someone who is passionate about lean and has created and/or managed a lean implementation or continuous improvement change that has seen a significant rise in profit margins or increase in production.

This is the second year that The LMJ has published the Lean Top 25 report, with nominations opened up this year to a global audience. Entries from every corner of the globe, with winners hailing from across Europe and the US.

Exemplars represented a whole host of different organisations working across a wide range of sectors, spanning academics and education, to food and drink manufacturers.

One of those highlighted in the report, Mike Lewis – innovation manger at Lambert Engineering, commented: “I was surprised and honoured when I found out I had made The Lean Top 25.

To see all of the exemplars and read about their stories, view the report here.

“Although, what we do is lean practice, I wouldn’t necessarily equate it to lean. Traditionally, that might be an advance in an existing system, more incremental changes.

“We generally provide fundamental changes, overhauling and replacing an existing system with something new or embedding a solution that didn’t exist before.”