12 August 2011
I’ve just finished a meeting at a client’s site with the group’s financial director – one of an increasing number of clients within the manufacturing industry with whom we have discussed the sweeping changes to the capital allowances regime and the future impact it will have on the industry and promoting enterprise.

My client wants clarification as to how the changes proposed by HM Revenue and Customs in respect of tax relief for capital expenditure will affect their business and cash flow in future years, especially considering the strains on availability of cash in the economy.

News from government that it is taking further steps to restrict the level of tax relief for clients within the manufacturing sector will have further impact on the industry.

Clients want clarification as to what the changes mean and how they can continue to invest and get cash value out of the capital commitments being made.

There have been positive changes for all companies with the reduction of the overall level of corporation tax rate. However, the withdrawal of relief given for industrial buildings as of April 2011 was the first major change in the capital allowances regime to have a large impact on the sector placing more reliance on maximising other reliefs to generate cash tax savings on the continuous capital investment by many.

We are now entering a time where HMRC is suggesting further changes.

Withdrawal of tax relief for expenditure on property which is regarded by HMRC as ‘undertaking industrial activity’ (IBAs) abolished as of 1 April 2011;

Reduction in rates of allowances of plant and machinery and long life assets to 18% and 8% respectively as of 1 April 2012;

Reduction in the annual investment allowance to £25,000 as of April 2012 – currently £100,000 deduction against capital expenditure allowed for a group of companies.

These alone will impact cash flow and return on investments. Alongside other planned changes, the future landscape will require a more thoughtful investment strategy.

In addition to these, there is ongoing consultation to introduce further changes. The current proposals include the loss of first year allowances, introduction of feed in tariffs, timing of capital allowances claims and the abolition of contaminated land relief.

Loss of first year allowances
News of the potential repeal of first year allowances with immediate effect for companies in the industry (‘manufacturers and suppliers’) who purchase assets from connected parties has led to further concerns for many clients. Such arrangements are commonplace when entering into sale and lease back transactions or hire purchase agreements with connected parties.

The motor industry is one which commonly enters into such arrangements and will often purchase cars from a connected company, holding them as fixed assets during the period of onward lease to a third party.

HMRC has recognised an increasing number of companies entering into such arrangements and as a result of the scheme being promoted by some to take advantage of the suppliers and manufactures exemptions, HMRC has repealed this provision. This will result in a number of legitimate practices being denied such relief.

HMRC believes it is inappropriate to provide accelerated tax relief at the same time as offering a return on investment for such schemes. The new tariffs and incentives will provide a return on capital to support those installing renewable heating and encourage the deployment of additional energy generation.

One example of this could be expenditure incurred on a qualifying Combined Heat and Power system which may now not only be ineligible for a 100% FYA but also be restricted to 10% allowances rather than the current level of 20%.

As my client suggested, the removal of such reliefs will significantly impact the availability of cash the business has to make short term onward investments and shorter term leasing of assets may have to become a more attractive investment option for the future.

Government wishes to introduce a record of agreement in relation to when property is purchased, requiring parties to record and agree as to what the unrelieved value of the fixtures are at the time property is sold. This would force companies to pool the expenditure at a certain value and in a fixed time frame (proposed one or two year time limit). Failure to do so would then result in no such tax relief being available going forward.

The suggestion is that this will also relate to construction expenditure. However, in practice, expenditure is often incurred over a longer construction period and determining total costs upfront may be impractical.

Abolition of Contaminated land relief
The government proposes to abolish the 150% allowance for expenditure incurred for remediating contaminated land as of 1 April 2012.

HMRC believes the costs would be incurred regardless of the relief and as such is an unnecessary pay out from the government. In reality, HMRC is correct and companies will still have to incur such expenditure remediating land.

However, unlike developers who will get a deduction for the costs as a trading expense, the removal of both IBAs and CLR, means companies in the manufacturing sector will potentially no longer get any relief for capital expenditure for cleaning up contaminated land.

The government has made these announcements as a measure to support its objective of fairness in the tax system. HMRC has welcomed responses to the ongoing consultation and any proposed changes will be included in the next finance bill.

Hearing client opinions first hand and understanding how they believe the changes will affect the industry is invaluable to feed into the consultations. For the time being, the proposed changes are all pointing towards a stricter tax environment in which companies are going to have to be far more diligent in the future. 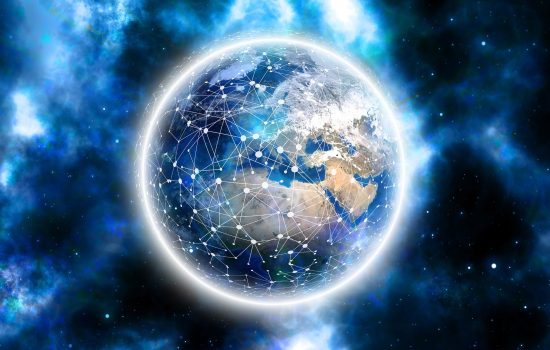