Posted on 6 Jan 2009 by The Manufacturer

Almost a third of manufacturing firms blame insufficient planning for underperformance, according to research commissioned by the Institute of Directors (IoD) and Barclays Commercial Bank (BCB).

A new release – The Forward Thinking Report – details the organisations’ findings and shows 79% of manufacturers feel they do not have the time to conduct proper prospective plans. This compares with a cross-industry average of 67%. The 32% of manufacturers that feel they have underperformed due to a lack of forward thinking represent the highest figure of any industry in this regard. In addition, two-thirds of respondents overall said UK business does not have “the right culture to encourage forward thinking”.

Graeme Leach, chief economist and director of policy at the IoD pointed to the current economic climate as the overriding incentive for firms to concentrate more of their efforts on forward thinking.

“If companies are to get ahead and stay ahead they must resist the temptation to place forward thinking in the ‘too difficult to do’ file,” he said. “Over the coming years successful forward thinking may prove to be the difference between success and failure.”

Ray O’Donoghue, Head of UK manufacturing at Barclays Commercial Bank, added: “In today’s economic environment forward thinking is, unequivocally, more important than ever. Our report addresses this head on by demonstrating the value of implementing fundamental tools and processes to achieve a competitive edge. There are also tangible economic benefits to be gained if this process is embedded within our national business culture.”

In a more positive finding the report revealed that manufacturing bosses are slightly more prepared than most to listen to the views of their workforce when making decisions. Seven percent of manufacturing respondents rated their organisation as ‘democratic’, compared with four percent as an average from all sectors.

Included in the 45 page report is a 15 point forward thinking checklist for firms to follow. Examples from the list include:

“For SMEs with limited resources, focus on how to exploit freely available material like internet sources. Analyse US websites covering your sector. Economies of scale in the US mean that many sectors have trade bodies and analysis unavailable in the UK.”

“Explore the various forward thinking tools (scenario planning, economic forecasts etc) you wish to use. Question what each provides and then prioritise the most important for early adoption within your strategy.”

“Create a climate where alternative viewpoints challenging received wisdom are encouraged. Make sure that the views of senior management don’t smother ideas from elsewhere in the organisation.”

The full report is available from Barclays Commercial Bank as a PDF here. 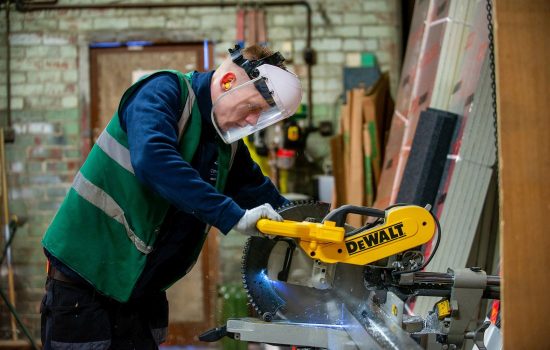 New jobs up for grabs as Conservatory Outlet expands again