References to the ‘digitalisation of industry’ have been rife over the past 24 months, with many manufacturers already benefitting from the greater connectivity, insight, agility and collaboration that digital technology brings.

However, current internet speeds can only take businesses so far. That’s why the government has set aside nearly £5m to gauge how faster internet speeds can improve industrial productivity and advanced cyber-security, via increased investment in next-generation technology.

5G is tipped to become the industry standard for connectivity in the future, promising potential speeds of up to 10 gigabits per second. This could allow industrial automation systems to operate at as-yet-unseen speeds, as well as increase the speed of real-time analysis, meaning quicker reactions to any red flags and reduced downtime.

Mazak is part of the Worcestershire 5G consortium that has been granted £4.8m in government funding to conduct what’s been dubbed the ‘5G Testbed’ trial.

This will include experimenting with preventative and assisted maintenance techniques using robotics, big data analytics and augmented reality, at the machine tool giant’s European headquarters, in Worcester.

UK director of Yamazaki Mazak, Marcus Burton commented: “Manufacturers across the UK and beyond are now reaping the productivity rewards of greater connectivity among their industrial equipment.

“Industry 4.0 centres on the key design principals of interoperability of machines and devices, greater data transparency, technical assistance and decentralised decision-making. We are starting to see these factors become more commonplace among UK manufacturers, but current internet speeds can only take us so far.”

According to Burton, the 5G Testbed represents an opportunity to drive “further productuvity growth” and facilitate even faster “data transfer and analysis for manufacturers”. 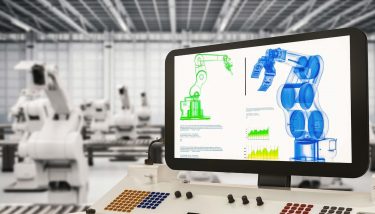