The McLaren Artura was revealed to the world in a spectacular digital launch coming from its global headquarters featuring McLaren’s new Formula 1 driver Daniel Ricciardo.

The all-new Artura is the company’s first high-performance hybrid series supercar and opens a new era for electrification across the McLaren range.

With the new McLaren Carbon Lightweight Architecture (MCLA) at its core, the Artura is testament to McLaren’s commitment to super-lightweight engineering to deliver outstanding levels of thrilling performance and engagement while powered by an all-new hybrid powertrain that features a brand new V6 engine.

Mike Flewitt, Chief Executive Officer, McLaren Automotive, said: “Every drop of McLaren’s experience and expertise has been poured into the Artura. Our all-new, high-performance hybrid delivers all of the performance, driver engagement and dynamic excellence for which McLaren is renowned, with the additional benefit of electric driving capability.

“The introduction of the Artura is a landmark moment – not only for McLaren, or for our customers who will enjoy this car on every emotional level and for the supercar market but also for the wider sector as we demonstrate that lightweight engineering and electrification must go hand-in-hand to deliver agile performance and driver engagement as part of an electrified future.” 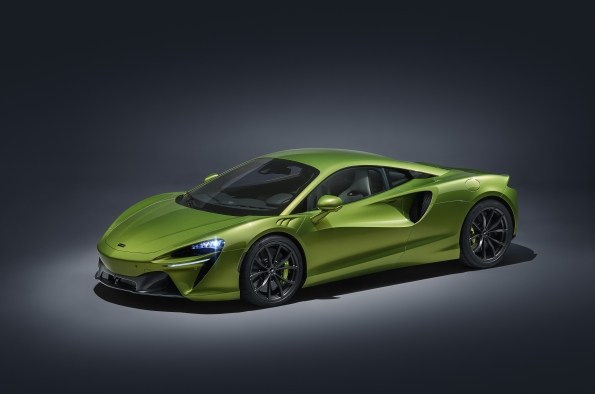 Sleek supercar design inside and out
The engineering artistry beneath the Artura’s skin is complemented by its exterior design.

The low-nose and high-tail stance is pure supercar with the drama underlined by McLaren’s signature dihedral doors – which open closer to the body and house mirrors that fold in more tightly. It is a stance further enhanced by the Artura’s short wheelbase and low stance.

The overall effect gives the Artura a ‘shrink-wrapped’ appearance, evolving a McLaren design approach seen in recent models to a new level.

The lithe, technical sculpture has only minimal body shut lines and panel joints.

The shape of the Artura, sculpted to optimise performance and manage airflow for aerodynamic performance and cooling, is driven by the McLaren design principle of ‘everything for a reason’ that is in evidence throughout the car.

Inside, occupants will find the Artura is no less of a revolution, with the cockpit centred more than ever around the driver.

Ergonomics have been carefully thought through. Consequently, the steering wheel is kept clear of unnecessary switches and the driver is able to adjust driving modes without taking their hands away from the wheel, keeping them fully connected to the driving experience.

An all-new McLaren infotainment and connectivity system utilises two high-definition screens. The Artura also features a Bluetooth low-energy vehicle key which detects when the driver is heading towards the vehicle and powers up to welcome occupants. This includes ambient, ‘hidden-until-lit’ lighting in the doors, which act like beacons to occupants about to drive at night.

Once inside the Artura, a driver can choose from four Powertrain modes, including an E-mode for up to 30km* of emissions-free, electric-only driving.

Comfort mode maximises range and efficiency, with the combustion engine shut off under 40km/h using an extended stop and start mode that is phased in for greater speed and power requirements.

In Sport and Track modes, however, the electric power is deployed in an increasingly aggressive manner for low-end response and acceleration. The handling mode choices adjust damper firmness and the degree of Electronic Stability Control intervention to suit driver preference and weather and road conditions. 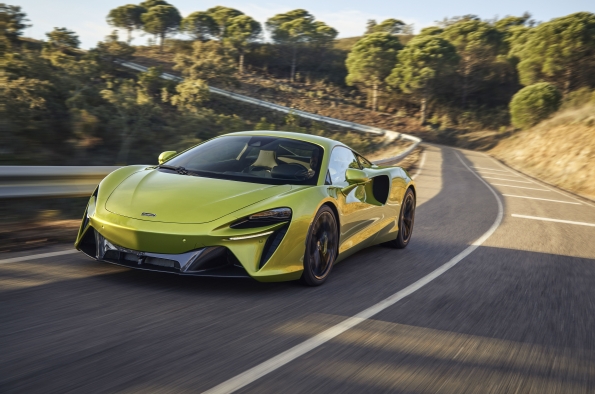 Powertrain and battery capabilities
The Artura is underpinned by McLaren’s philosophy of super-lightweight engineering, with electrification now bringing the additional benefits of even faster throttle response, lower emissions and being able to run in pure EV mode for emissions-free journeys of up to 30km.*

Being entirely new, Artura presented McLaren’s designers and engineers with opportunities to innovate, chief among these being how to preserve McLaren’s super-lightweight engineering prowess when adding hybrid powertrain elements including an E-motor and battery pack.

The Artura is designed with full plug-in hybrid (PHEV) capability and can be charged to an 80 per cent charge level in just 2.5 hours.

The batteries can also harvest recharging power from the combustion engine during driving and tailored to the driving mode selected.

Innovative chassis
The Artura is the first supercar to have the new McLaren Carbon Lightweight Architecture (MCLA) at its core.

Designed and manufactured at the McLaren Composites Technology Centre (MCTC) in the Sheffield region, which was opened by the Duke and Duchess of Cambridge in 2018, the MCLA sets a new standard for McLaren’s advanced chassis design.

Optimised for high-performance hybrid applications, MCLA includes a bespoke battery compartment and introduces a ground-breaking domain-based ethernet electrical architecture which reduces cabling by 25 per cent while speeding up data transmission.

Every Artura comes with a five-year vehicle warranty, a six-year battery warranty and 10-year body warranty.

Advance orders for the all-new McLaren Artura are now being taken at McLaren retailers with first deliveries to customers expected in Q3 of this year. 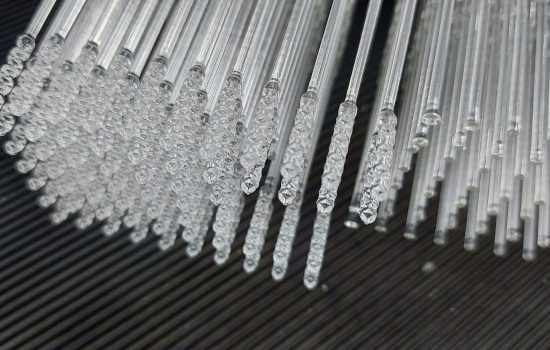