Medical devices: at the sharp end

Manufacturing for medical applications has been a highly valuable niche area of industry for decades. Advances in electronic, chemical and material technologies are giving the sector a renewed boost, Ruari McCallion has been finding.

One of the more remarkable success stories in British manufacturing is a company called Swann-Morton. It’s based in Sheffield and has been since it was established in 1932 by Walter R Swann, J A Morton and D Fairweather, initially to make razors.

It became, and has remained, a leading supplier of surgical instruments to the NHS. It hasn’t been slow in investing in development either. In the 1960s, in collaboration with the United Kingdom Atomic Energy Authority at Wantage, the firm created a sterilisation process using cobalt-60 gamma radiation and built one of the first commercial plants of its kind in the world.

It is one of a number of companies in the traditional steel region of Yorkshire and the East Midlands whose focus on specialised, high quality products has enable continued profitable operations.

“The UK medical device industry is one which has witnessed rapid growth and optimism in recent times,” said Earl Yardley, director at Industrial Vision System.

He observed 75% of 5,400 respondents of the 2015 Medical Device Industry Survey were positive about their prospects for the industry.

The number of sick, injured and unwell people is unlikely to shrink any time soon, which makes medical supplies, in whatever form, a rather attractive industry to be involved in.

The UK has a strong history of practical research and development in the area, ranging from MRI (magnetic resonance imaging) developed at Nottingham University, through DNA fingerprinting technology created in Leicester, and the pharmaceutical industry that blossomed after the discovery of penicillin.

Today, the term ‘medical devices’ covers an array of products, from drug dispensing to catscans to therapeutic beds.

And don’t forget ‘inner space’; the patients themselves. Their needs range from dental devices – false teeth for the old and braces for the young, to the blooming demand for surgical devices by an aging population, in the UK and across the world, namely replacement joints, hips in particular.

In addition, 3D manufacturing can be used to create an entirely porous implant, which mimics the structure of cancellous bone – the softer bone type that is typically found at the ends of long bones; hips, for example.

Smith & Nephew is not the only company using 3D printing techniques for similar solutions. Autodesk’s “Within” application is being used to design products such as cranial flaps, tibial trays and finger implants. But even the most useful application requires clever producers to make the most of it.

“The UK is fantastic for ideas. The challenge is turning them into something we can sell into the marketplace. That’s the bit we’re good at,” said Tom Cole, chief executive of Integrated Technologies Ltd (ITL), which is based in Ashford, Kent.

His company describes itself as a ‘design and manufacturing partner for life-saving medical technology, diagnostic devices and analytical instruments’. Its client portfolio includes blue chip companies, start-ups and spin-outs.

It typically has about 20 projects at the manufacturing stage at any one time, with another 10 in research and development. Its product range is just as wide, extending from in-vitro diagnostic devices (IVDs); point-of-care devices; surgical robots; cancer staging and treatment devices; patient connected medical devices, and various forms of readers.

Its recently-launched PCB manufacturing process is validated to FDA GMP and ISO 13485. However, the pace of development is such that the company has to be constantly on the move. 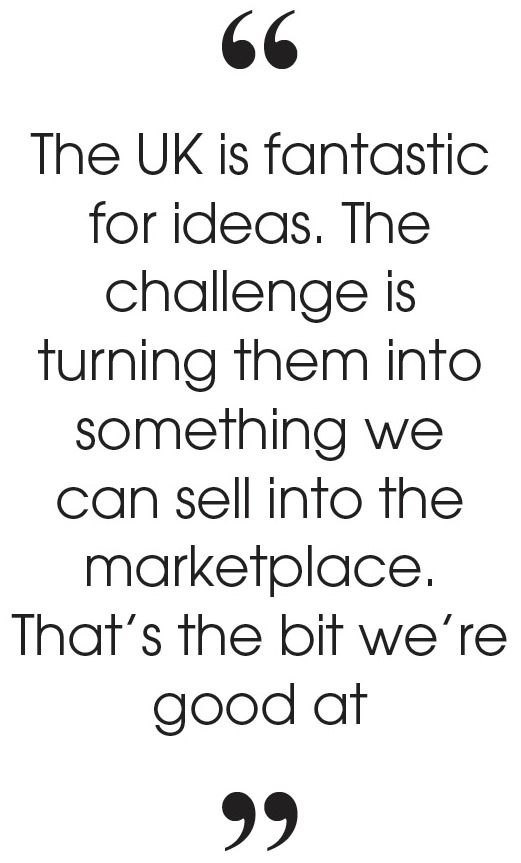 “In terms of the medical device industry, there has been increased interest and development in connected devices using technologies such as wireless communication and cloud technology,” said Cole. “ITL’s electronics engineers will be working on an internal project to develop a product using near-field communication and Bluetooth.”

In the past, the differences between mechanical and biological solutions were fairly clear, but now the boundaries are becoming very blurred. Work at various universities around the country in the fields of nanoscience and carbon nanotube technology, which is technically mechanical in nature, is developing into the treatment of microbial, or biological, issues.

Crawford Healthcare, which is based in Knutsford, Cheshire and manufactures a few miles down the road in Tarvin, says the preconception that doctors use biological solutions such as antibiotics to stop the spread of infection is rapidly becoming outdated.

“Our products are about advanced woundcare – a more active type of treatment, which goes beyond bandages and gauzes. They are used in both chronic and acute treatment,” said Spencer Kerry, Crawford’s finance director.

Its material products are super-absorbent, designed to drain wounds of excess fluid, safely, and are far more efficient than materials such as lint and gauze. They are also used in the treatment of chronic conditions such as acne and eczema.

The company was acquired in 2009 by a group of executives whose CVs included experience with Smith & Nephew, among others. Its great leap forward came in 2011, when it acquired part of Ark Technologies and, shortly afterwards, reached agreement with a Canadian company that had developed antibacterial therapies based on silver.

“Silver has a long history as an antibacterial,” said Kerry. “There are lots of silver therapies about, which are relatively low technology.

“The Canadian therapy is rather more advanced. “KerraContact™ AG3 with Oxysalt Technology has more potency to rip electrons from bacteria cell walls, which makes for a faster and more effective kill.”

The KerraContact range is claimed to kill 99.99% of bacteria and destroys biofilms in 30 minutes. It also inhibits reformation and consequent reinfection. It’s pretty effective stuff, in short, and its appeal is very obvious, in applications from chronic skincare to acute woundcare – the seriously wounded, whether affected in a road traffic accident, burns or elsewhere, rarely die from the direct effects of trauma; it is more likely to be infection, and Crawford’s KerraContact range seems to stop infection dead in its tracks.

With that appeal, the company’s growth rate – 40% a year, in revenues – is less surprising, while still being very impressive. The technology has been developed into KerraFoam, which is easily applied and naturally moulds itself around the wounded area, making it ideal for the treatment of burns, a market that is worth more than US$1.4bn a year. 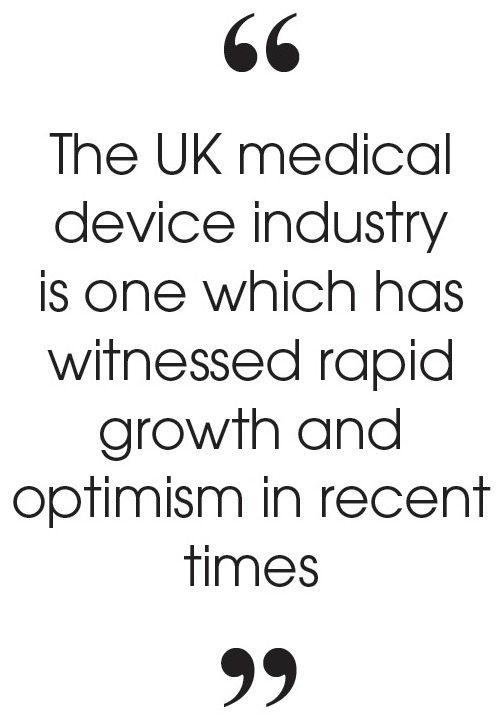 The crossover between life science and medical devices is clearly valuable and explains the priority given to it by the Welsh Government and its importance to Manchester (see box-out).

“Lifescience is one of Wales’ fastest growing and most innovative industries,” said Dr Ian Barwick, chief operating officer at Life Sciences Hub Wales, which is based in Cardiff and was opened in 2014.

“It employs over 11,000 people in more than 350 companies and is worth around £2bn to the Welsh economy every year.”

The Hub brings together academics, businesses, clinical and professional services, and funding organisations, and covers activities including business support and international development and promotion.

There are now almost 100 Hub members representing organisations across the public and private sectors. It has several international collaborations as well.

“Last month an event at the Hub heard that angel investors are increasingly drawn to life sciences as a ‘highly desirable’ sector in which to invest, thanks to its ethical stance and the prospect of ‘significant rewards’,” Barwick said.

“I am in no doubt that the life sciences sector in Wales will continue to grow in the coming years, diversifying into new and exciting cutting-edge areas of research and development.”