Jonny Williamson rounds up the key takeaways from the side-lines of one of the world’s largest Industrial Internet events, Mind + Machines Europe 2017 – hosted by GE this week in Berlin.

By 2020, GE estimates a more than $250bn global market for the Industrial Internet of Things (IIoT), with $125bn of that on software applications alone.

Minds + Machines isn’t about prophesising or navel-gazing, it’s about showcasing those manufacturers and companies who are already reaping the rewards provided by the Industrial Internet, and helping those who haven’t to develop and define their own digital transformation strategy.

“Welcome to the digital industrial age,” said president and CEO of GE Germany and Austria, Stefan Reimelt, who went on to describe digital transformation as “our generation’s Industrial Revolution”. Doing it successfully, and continuing to evolve and move forward, represents a bold ambition, he warned; but the rewards in terms of increased productivity, agility, flexibility and creativity are more than worth the risk.

Speaking to several GE executives over the course of the day, it became clear that, for manufacturers, the greatest risk lies in doing nothing, a sure-fire strategy to becoming disrupted, overtaken and ultimately, obsolete.

According to Beth Comstock, vice chair of GE, the volumes of information, where it’s coming from and how it’s being visualised and consumed is accelerating the pace of change, particularly the need for businesses to adopt some-form of digital transformation strategy.

The world is far more connected and mobile than even five years ago. We’ve already seen the incredible achievements born from the 3.2 billion connected to the internet, what will the estimated 50 billion connected machines by 2020 be capable of?

The digital transformation trend is driving organisations to restructure its people, money, information and things. ‘Things’ is the crucial part, said Comstock, as they will be what brings the disruption which has already radically altered the music, film and other industries to manufacturing.

The increasing discussion around digital, cloud and data doesn’t mean that the physical world is disappearing, she added. In fact, quite the opposite. Leveraging the power of data and feedback loops creates new insights and behaviours, which in turn will be driven by, acted upon and adopted by people.

The situation many businesses find themselves in is one which requires operating “inbetween” the physical and digital world. It may be “uncomfortable and chaotic”, but we should get used to living there, Comstock said.

Like in science and nature, a new order will be derived from chaos and it’s those who change and adapt now who will be best placed to take advantage of it.

The business case for embracing the power of the Industrial Internet and undergoing a digital transformation would appear to be compelling, and yet less than a third (30%) of European companies are currently exploring IIoT.

I found that to be quite worrying, but shouldn’t have, according to John Gordon, chief product and marketing officer for GE Digital. “It’s a relatively low figure right now, but is around what would be expected at this stage of the adoption curve. In fact, of those who are currently considering a digital transformation, I’d say only 10% have actually explored the full opportunity available,” he explained to me.

He continued: “Industry has reached the stage where if you aren’t running a lean, ERP-powered organisation, you don’t have a competitive business. The Industrial Internet is going to become that important in a surprisingly short space of time. If you look at how fast digital, mobile connected technologies are moving, we are talking years not decades.”

GE’s platform for the Industrial Internet, Predix, is helping businesses develop, deploy and operate machines and industrial applications at the edge and in the cloud.

From securely connecting machines and collecting data on the edge to deliver real-time, remote-access analytics and insights, to building ‘digital twins’ to gain insights into past performance and future outcomes, Predix is already helping the likes of Schindler, Stryker, DB Cargo, Vodafone UK and Gas Natural Fenosa to find new revenue streams, improve performance and change their business models.

Predix was designed and built by GE Digital before subsequently entering the marketplace. What’s interesting, John Gordon explained, is that GE implemented Predix across all 12 of its verticals – from aviation to renewable energy – to identify which sector it worked best in.

It turned out that all 12 realised similar significant improvements, demonstrating that connecting assets, environments, people and businesses delivers tangible benefits, regardless of sector, size or geography. 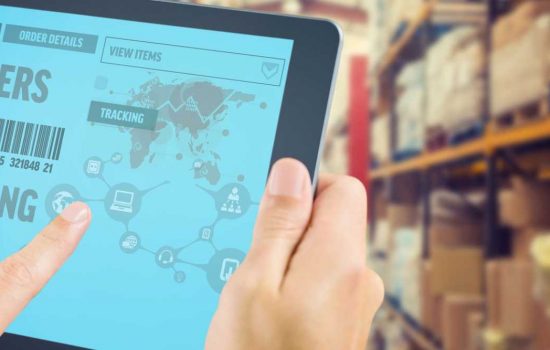